Grace and peace, my friends.

If you live in southern Ontario, you may want to take a look at the Simeon Trust workshop coming up in this area.

(Yesterday on the blog: We Are Very Anxious About Our Character)

The ‘Young, Restless, Reformed’ Movement Wasn’t Enough, But It Wasn’t a Mistake

“The problems of the present are real, but so were the blessings of the past. The passing of a particular moment in evangelical life is lamentable not because it was irreplaceable, but because it accomplished something real, and those who saw it are, in a very real sense, different people for having experienced it.”

This is probably worth considering. “It is certainly possible to make a positive difference in the world through social media. But it is not required.”

The Chasm of Being a Latino Christian

I found this an interesting look at some of the particular challenges of being a Latino Christian.

Follow the link or use Promo Code 10CHALLIES and take an additional $10 off any print edition on Amazon. That $10 on top of Amazon’s already-discounted price. Under the guidance of general editor Dr. Albert Mohler, the NIV Grace and Truth Study Bible paints a stunning canvas of the goodness of God’s redemptive plan revealed in the gospel of Jesus.

Serving Others with Our Schedule

This article asks, “are we using our schedules in a way that God is pleased? What if there was a better way to use our schedules for something eternally redeemable? If we find that our schedules serve only us, we must come to realize that the better alternative is to serve others with our time.”

A Civilization, if You Can Keep it

Kevin DeYoung: “The great privilege of growing up in relative peace and prosperity—whether narrowly in a healthy family or more broadly in a nation guided by the rule of law and rooted in God-given rights—is that the world seems more or less safe and it kind of makes sense. Let us give thanks for this experience wherever it exists. The danger, however, is that we begin to think it always has existed and always will exist.”

What is the Bible?

So what is the Bible, anyway?

Flashback: How To Grow in Self-Confidence

I determined that when I spoke I would do so with God’s authority, not mine. I decided I wouldn’t stand up in front of people and share my own opinions or bestow my own wisdom. Rather, I would ground what I say in the Bible. 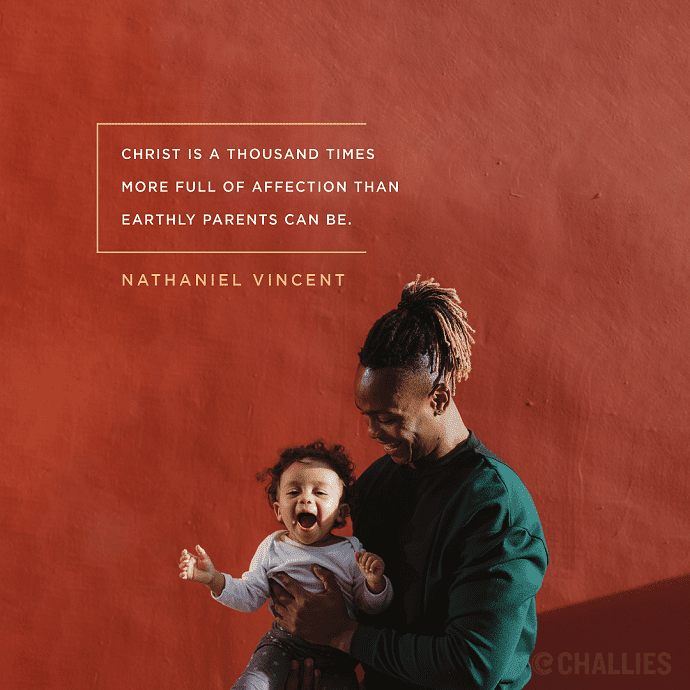 Christ is a thousand times more full of affection than earthly parents can be. —Nathaniel Vincent