Today’s Kindle deals include a bit of an eclectic selection of titles.

Westminster Books has a good selection of books and Bibles deeply discounted (with time for them to arrive before Christmas).

(Yesterday on the blog: Delayed Obedience Is Disobedience (Except When It Isn’t))

This is a good read that teaches a key lesson. “A hard rain was falling that afternoon, and I was eager to get home. After a long day of doctor appointments in the city for my son Ben, I loaded up the car with groceries and headed up the twisting road to our home in the mountains. Only a few miles up, however, a large yellow County Roads Department truck suddenly pulled out in front of me, making me hit the brakes in frustration. I stewed and fumed as the big truck ground upwards at 20 mph instead of my usual 45.”

To Affirm Is To Apostatise

This seems like an increasingly important topic of discussion among Christians: just how serious a sin is it to deny what the Bible calls sin?

Lessons from the Hardest year

Darryl Dash: “In suffering alongside someone, you take on some of that suffering. It’s like taking an audit course: you’re there, and you hear the lesson, but you don’t do much of the homework, even if you want to, even as you watch them carry the full load and try your best to help. It’s another thing altogether to enroll in the school of affliction.”

Pastor, Don’t Get Cute this Christmas

Kevin DeYoung considers the temptation toward novelty at Christmas. “Don’t do it, pastor. Don’t get cute at Christmas. Your people need regular meat and potatoes, not the newest eggnog recipe. Stay away from props and video clips. Put to death the Star Wars tie-in you’ve been really excited about. Don’t worry about preaching the same truths and the same themes. They don’t remember last year’s sermon anyway. Go ahead and tell them the old, old story one more time.”

Daniel has a helpful call to make sure you don’t overlook the small and seemingly unimportant details in Scripture.

“The first year is the hardest. I heard that phrase repeatedly from well-meaning people attempting to comfort me after my 39-year-old husband died suddenly of a heart attack. As the days and weeks passed without him, their words led me to believe that if I could hold on until the first anniversary of his passing, everything would be ok. Even though I was rational and knew Ray couldn’t come back, part of me hoped it just might happen.”

Flashback: The Great Challenge of Every Marriage 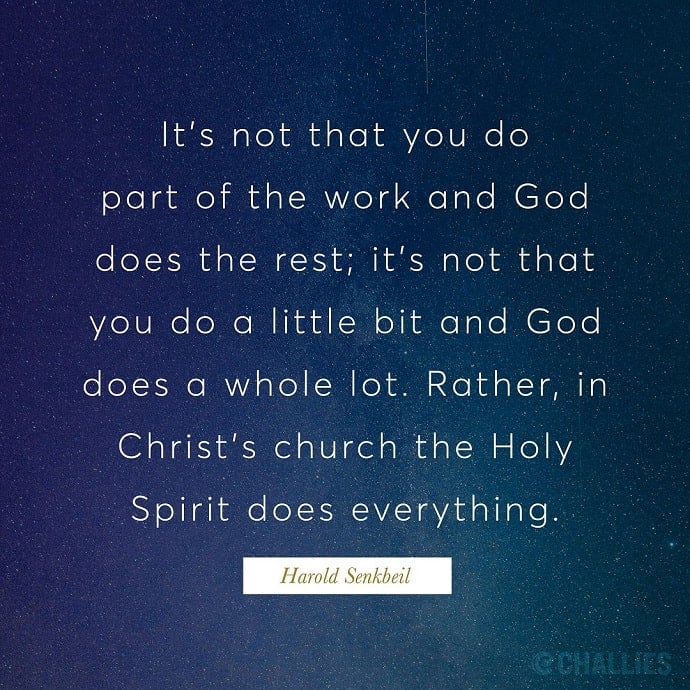