As happens each year, Westminster Books has marked down ESVs to 50% off. That includes premium Bibles, Reader’s Bibles, study Bibles, etc.

Logos users will want to be sure to download this month’s free and nearly-free books.

Today’s Kindle deals include a couple of Christmas devotionals.

(Yesterday on the blog: The Joy of Hearing)

Here’s Kevin DeYoung writing for WORLD opinions. “Looking for blind spots is one thing. Acting as if we are blind is another. We don’t have to let sociological fads and ill-defined ‘isms’ set the agenda when we have the necessary theological categories already. The point is the same: we can know things truly even if we don’t know things exhaustively.”

Losses of a Prayerless Christian

Jim Elliff explains some of what you lose when you do not pray.

As Advent Begins, Here are Ten Vital Truths About the Incarnation of Jesus

“With the Advent season here, it is always edifying to think about the glorious fact that God became a man and was, as the hymnwriter so well puts it, born to raise the sons of earth, born to give them second birth.
Here are 10 things we must know about the Incarnation…” Stephen Wellum counts them down (or up, I guess).

Gentleness Is A Christian Virtue

“My greatest concern is not that our culture is angry. My greatest concern is that this sense of meanness has even invaded many corners of the church. Christians on both sides of the political spectrum justify their anger toward others by claiming to be fighting for justice or Christian liberty or the future of our country, or whatever other narrative fits their desire to express their more base emotions.” (See also: Why So Harsh?)

The Latest Evangelical Convert to Rome. What Does Rome Have to Offer?

Leonardo De Chirico reflects on a surprising conversion. “I am not English, nor Anglican, but the story of the conversion of the former Anglican bishop Michael Nazir-Ali to Catholicism struck me. He is not the first evangelical Anglican to become Roman Catholic, and he probably will not be the last…” (On this topic, you may also listen to the new Reformanda Initiative podcast.)

Why We Worship ‘the Word’

Mark Jones: “Bible readers young and old have wondered why John begins his Gospel referring to Jesus as ‘the Word’ that became flesh (John 1:1, 14). The Greek term for ‘word,’ logos, is common enough in Greek. It appears over three hundred times in the New Testament, with different meanings in different contexts. But when understood in relation to Christ, the word has been furiously debated.”

Flashback: The Counter-Cultural Vocation of Homemaking

My wife chose a rare and counter-cultural vocation. She chose a vocation that was once very respectful but is now viewed with some shame. 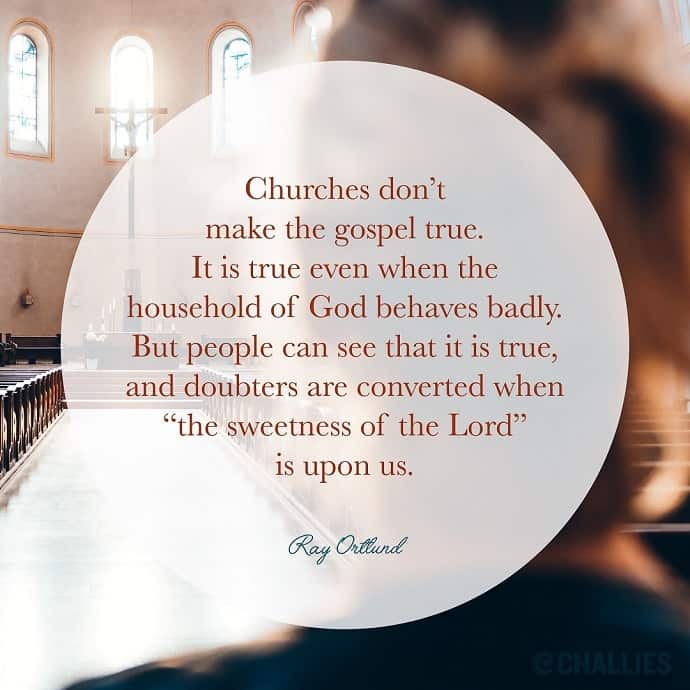 Churches don’t make the gospel true. It is true even when the household of God behaves badly. But people can see that it is true, and doubters are converted when “the sweetness of the Lord” is upon us. —Ray Ortlund