Blessings to you today, my friends.

(Yesterday on the blog: Christmas Hope for the Broken-Hearted)

The Sunset, the Symphony, and the Gift

Darla poignantly describes the discovery, misuse, and (eventually) proper use of a wonderful gift. “I was eight or nine when I received the gift and discovered that I could make music. I wasn’t just listening or singing along. I was making it. With my hands, I could bring forth sounds that evoked … something. I couldn’t put words to it then.”

A Certain Kind of Evangelical Christian

I don’t often link to Twitter, but thought I’d make an exception for this thread from Michael Clary. It begins like this: “There once was a certain kind of evangelical Christian I felt free to make fun of. I was pastoring a fast growing church in an urban environment, and a spirit of elitism had infected us. No one would correct me on it because they made fun of them too.”

‘Though He Slay Me’

John Piper comments on a key verse from the book of Job. “The first thing to say is that I love the truth — and it is the truth, spoken from God’s own mouth — that God, in his absolute ownership and sovereignty over all life, appoints the time and the kind of every death of every person on this planet. And this fact of God’s right to give and to take life is not a reason to reject him, but a reason to hope in him.”

Can Cancer Be God’s Servant? What I Saw in My Wife’s Last Four Years

On a somewhat similar note, Randy Alcorn reflects on cancer being God’s servant in the death of his wife. “By saying sickness comes only from Satan and the fall, not from God, we disconnect Him from our suffering and His deeper purposes. God is sovereign. He never permits or uses evil arbitrarily; everything He does flows from His wisdom and ultimately serves both His holiness and love.”

Survey on Singleness and the Church

My friend Lisa is writing a book on singleness and asking for people (both married and single) to help her out by completing a questionnaire.

No, Christmas Is NOT Pagan (Video)

Tim from Red Pen Logic takes on the so-common claim that Christmas is just built upon pagan rituals.

Flashback: Our Lust Is Furious and Our Greed Limitless

If you have ever wanted a taste of Calvin’s Institutes but without committing to the whole thing, you may want to try reading A Little Book on the Christian Life. 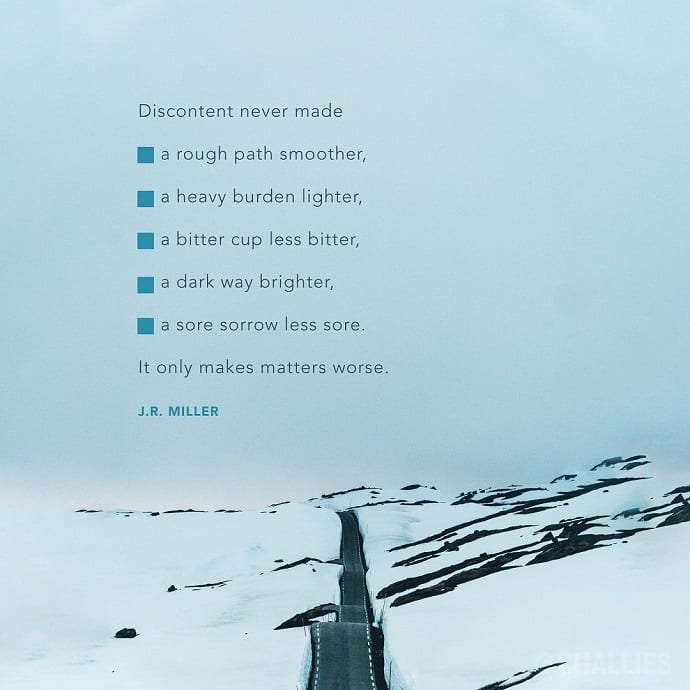