Christmas Is a Happy Day for Broken Hearts

I was asked to write an article for Christianity Today that would speak to those who are grieving at Christmas. “What we wouldn’t give to worship together as a whole family, intact and reunited. What we wouldn’t give to spend this Christmas as we’ve spent so many others, with all of us sitting, singing, and marveling together at the wonder of the day and all it represents.”

Why Such a Lowly Birth?

Jesus could have been born in a very different time or context or set of circumstances. Why did God choose such a lowly birth?

A Front-Row View of the Incarnation

“Who had the best view of the Incarnation? Mary, the mother of Jesus, is certainly a good nomination. So is Joseph, Jesus’s father. It might seem odd to suggest one of Jesus’s disciples in place of his parents. After all, they only spent three years with him. However, there is (at least) one incident in Jesus’s ministry that shows his disciples had a perspective not available to Mary or Joseph.”

Carl Trueman: “Hopefully 2023 will witness significant levels of interest in The Abolition of Man and provoke useful contributions to the field of theological anthropology. In the interim, Christmas offers Christians everywhere the opportunity to reflect once again on the Incarnation, sing of its glorious mystery, and make connections to a rich understanding of what it means to be human.”

This interesting article at TGC considers why female bravery is so often portrayed as necessitating physical strength. “Why is physical dominance our measure for brave women? Why is heroism reserved for the person in charge—or the person with the weapon? Why aren’t there more stories that honor daring in the ordinary?”

Faith Lifts Our Eyes Up

Adam Kareus reflects on the death of his brother. “Faith demands we see beyond the pain of the moment to the One who loves us, who gave His Son for us, and who will wipe every tear away. A faith in Jesus Christ is an eye lifting faith, lifting our eyes to the One who stands above.”

Why Did Jesus Come to Earth?

“‘Because he loves us,’ said my little girl with a big, knowing grin as she fidgeted in her seat, probably wondering why her daddy was asking her another question about Jesus. That wasn’t the answer I was looking for, for the record.” But maybe it’s not such a bad answer.

Flashback: The 2 Kinds of Blog 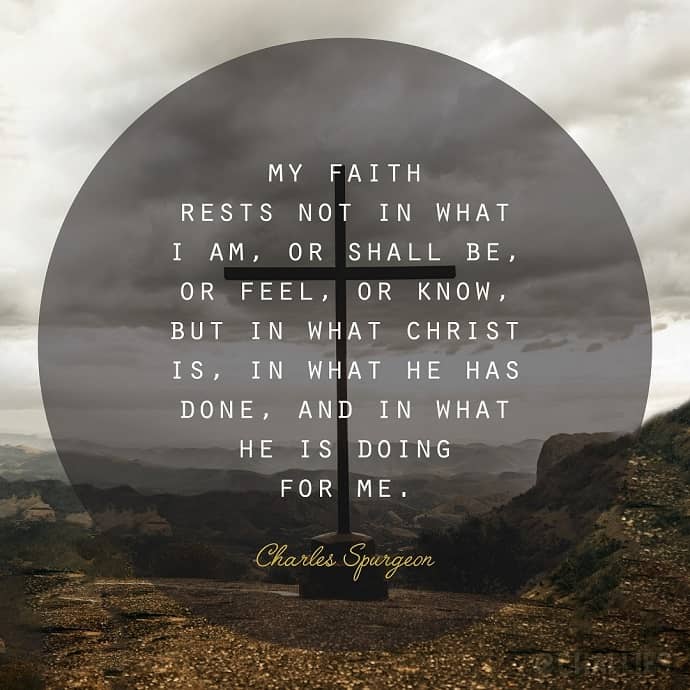 My faith rests not in what I am, or shall be, or feel, or know, but in what Christ is, in what he has done, and in what he is doing for me. —Charles Spurgeon