Grace and peace to you today.

What a thought. “The man on his knees, rinsing sweat from Peter’s athlete’s foot and getting between Judas’s toes to wipe away the dung was our Creator, who is before all things and in him all things hold together; the hands that washed those verrucae and blisters would one day be the only ones qualified to break the seals and open the gates to the New Jerusalem.”

Keith has been writing a series on the pastoral issues he sees the most in counseling and today he discusses hyper-headship. “What we are speaking about is oppression in marriage. What it looks like from one marriage to the next will be cloaked in many different garbs—constant conflict, a depressed and docile wife, isolation, perpetual walking on eggshells in the home, and the list goes on.”

She heard cries for help during deadly winter storm. Her actions saved a life

We all love stories like this one, and for good reason.

Here’s a defense of making New Year’s resolutions, in case you’d like the challenge.

Seminary Is Not For You

Anna Stewart: “Even now as I immerse myself in year three of my theological education as a weaker, more sober Christian, I find myself asking the questions I realize I should have been asking a long time ago. Why am I really here? Who am I even doing this for? Brothers and sisters in seminary, I invite you to consider these questions alongside me.”

Flashback: How To Make A New Year’s Resolution That Sticks

I have done a fair bit of reading on how to make resolutions work, and it turns out that though there are many reasons your resolutions may not work, the most common ones are easy enough to avoid. Here are some tips on making wise resolutions and on making them stick. 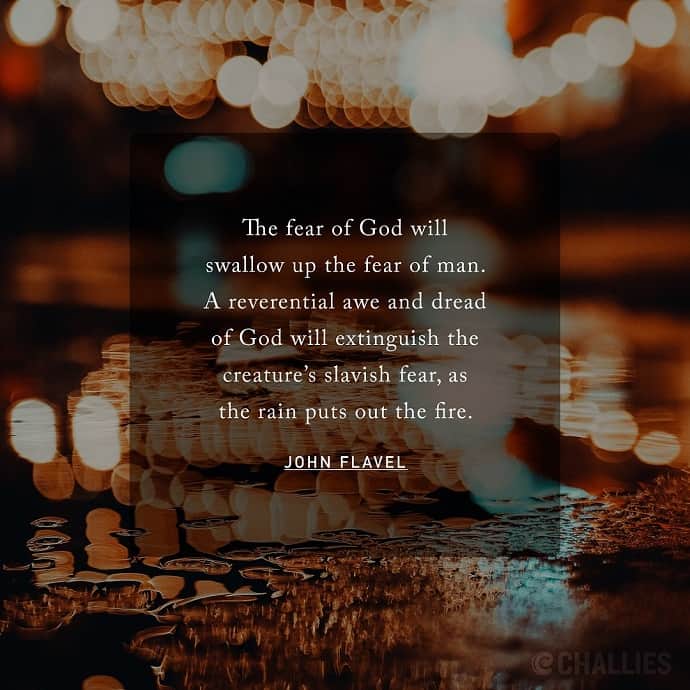 The fear of God will swallow up the fear of man. A reverential awe and dread of God will extinguish the creature’s slavish fear, as the rain puts out the fire. —John Flavel