There are some nice new Kindle deals to look at today.

“It was the most significant spiritual moment of our marriage. And it happened 22 years after we said, ‘I do.’” Melissa explains what it was all about.

The Most Wonderful Time of the Year?

“Whether you celebrate Christmas or not, I think we can all agree that this time of year can bring out the best and the worst, not just in our culture around us, but even within ourselves and our  families.” Here’s some counsel on keeping the right perspective through the season.

You Can’t Reform a Church You Hate

This is good stuff from Trevin Wax. “Those of us who mourn the complicity of the church in manifest evil must differentiate between a kind of deconstruction that tears down a building and celebrates the rubble and the kind that strips away the moldy walls and floors until we find again the foundational truths that are common to Christians everywhere and through time.”

Must You Remain Silent on Abortion Unless You Adopt a Baby?

“The Planned Parenthood employee thought she had me with her question: ‘How many unwanted children have you adopted?’ ‘None,’ I replied. She probably thought, Checkmate, I got him. The pro-life view results in more babies being born. So it follows, according to this lady’s thinking, that if I don’t adopt any of them, I’m disqualified from arguing against abortion. Though this question is rhetorically powerful, it’s not a compelling case against pro-lifers.”

Will the Real Local Pastors Please Stand Up?

Daniel puts out the call to the real local church pastors. “It seems with every passing season another high-profile pastor falls from their ministry position. Sadly, I’ve come to expect it. I should probably grieve more. I should certainly pray more. Nonetheless, I don’t believe hell loses ground by simply adding more popular or hip leaders to the church. What the church really needs are servants who tremble at God’s word. We need shepherds who value others above themselves and live for the renown of Jesus, not their own platforms.”

We celebrate Christmas best when we celebrate it not because we have to, but because we freely choose to…Once we acknowledge there is no special command to be obeyed or grace to be earned, then we can celebrate in true gospel freedom. 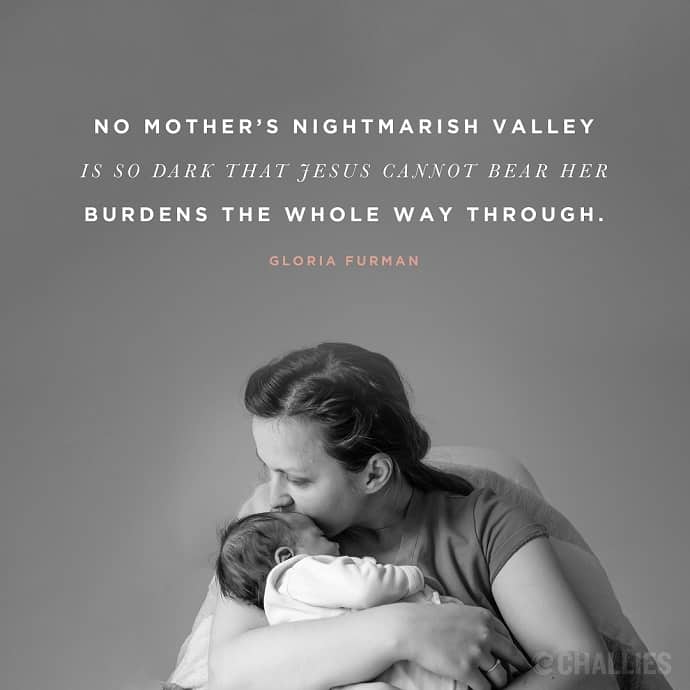 No mother’s nightmarish valley is so dark that Jesus cannot bear her burdens the whole way through. —Gloria Furman