Dave reflects on some church scandals he has witnessed and offers a few observations about churches, their leaders, and responding to scandal.

“On Monday, the U.S. Supreme Court heard oral arguments in 303 Creative v. Elenis, an important free speech case that involves a wedding website designer and has important religious liberty implications.” Joe Carter provides one of his always-help FAQs on the case and why it matters.

Not Why But Who

“Life has always been hard, but lately it seems to be so hard for so many. Lost loved ones, lost jobs, lingering health problems, and hunger surround us. Death, war, famine, and pestilence aren’t just comic book characters. The whole world is hurting. When we suffer, we cry out to know why and receive no response. If we knew why, would it really make us feel better? Unlikely.”

Celebrating Christmas with Jesus Himself

“Too many of us celebrate the birth of Jesus while neglecting Christ himself.” I guess that’s worth considering.

Do You Hear the Bells of Christmas?

Katie Polski: “It’s often during the Christmas season that the pain from suffering is felt more acutely. We feel intense longing for the loved one who passed away; the empty chair from a child unable to return home for the holidays feels like it sits center-stage, and the disease we’re battling makes us nostalgic and reflective, causing us to wonder if we will be present with our families next year or not.”

This article considers a question I’ve been asked so many times (though not necessarily in these very words): does sexual self-gratification glorify God? “Christians experience constant pressure from prevailing cultural narratives that argue all sexual expression, so long as it doesn’t harm another, is inherently good and that sexual expression is the foundation of one’s personhood.”

We must not sin in our anger. Any honest person will need to acknowledge the sheer difficulty in doing this. Anger comes easily; righteous anger does not. 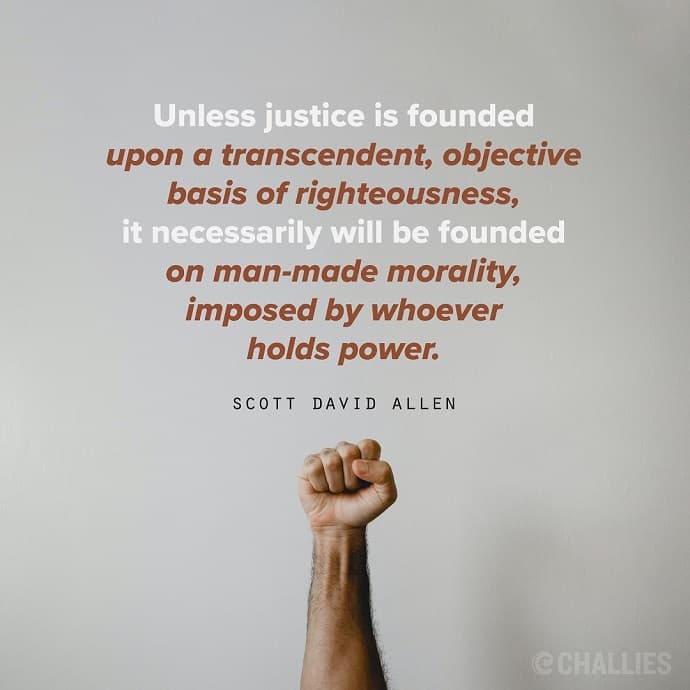 Unless justice is founded upon a transcendent, objective basis of righteousness, it necessarily will be founded on man-made morality, imposed by whoever holds power. —Scott David Allen