May the God of love and peace be with you today.

There’s a nice list of Kindle deals to begin the new month.

(Yesterday on the blog: My Favorite Family Memory)

What changes us as we read the Bible? Is it Scripture or the Holy Spirit?

Several of the Ligonier teaching fellows team up to provide a solid answer to this question.

Just like the title says, you should learn not to underestimate the value of even very ordinary and brief conversations.

The Downside of Your Bible-Saturated Newsfeeds

“The amount of information that is not only available to us but that pings for our attention is enormous. In one sense, of course, it’s an incredible blessing. We’ve come a long way from the church in the second and third centuries where so many members could not own, let alone read, a copy of the Scriptures. Now, Bible commentaries flood in through radio, internet, podcasts, and television.” But…

The Act of Listening and Two Reasons Why It’s Important

“Patient after patient, you assess, diligently and purposefully. If you have eight patients per shift, and three shifts a week, that’s almost a hundred times a month you’re listening. Many of your patients will have normal sounding hearts and lungs, but as the months go on, you move from a fledgling ability to increasingly catch the differences.”

How to Spot Media Manipulation and Block its Effects

“There are two sides to every news story. The one that your favorite media outlet prefers, and the other side, which is the one that they will mislead you about. Or, so it often turns out. This is unfortunate. Media institutions play an outsized role in the life and health of communities and nations, and their abandonment of ethical principles causes untold harm.” With that, Bruce Ashford takes a look at media manipulation.

This is a wonderful bit of writing from Andrea.

Flashback: One Of The Ugliest Sights In The World 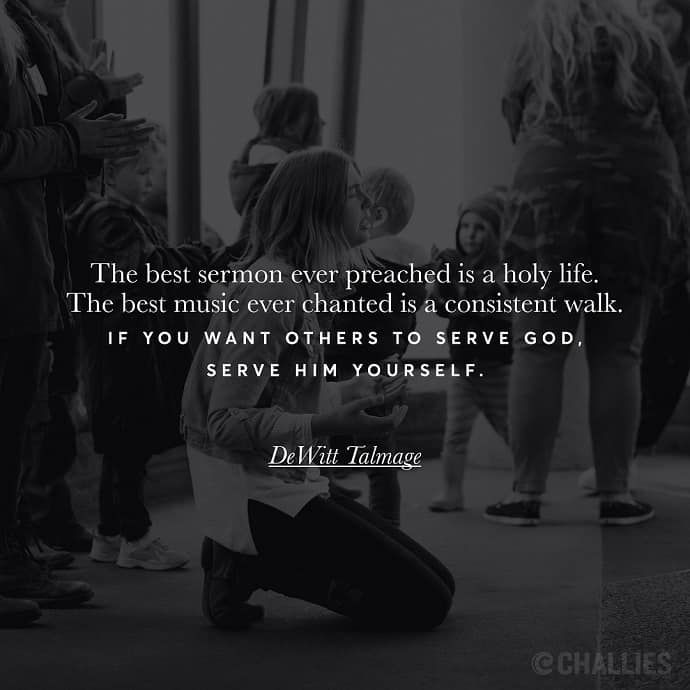 The best sermon ever preached is a holy life. The best music ever chanted is a consistent walk. If you want others to serve God, serve him yourself. —DeWitt Talmage