Happy new year! May 2023 bring you many of God’s richest blessings.

My sincere gratitude goes to the Association of Certified Biblical Counselors for naming Seasons of Sorrow their counseling book of the year.

There’s quite a large bundle of Kindle deals to go through today.

(Yesterday on the blog: All Is Shadow Here Below!)

Leonardo De Chirico is perhaps the foremost Evangelical scholar of Roman Catholicism, so he’s just the man to reflect on the life, death, and legacy of Pope Benedict XVI.

“Here’s an encouragement for your new year: yours and my inefficient, unremarkable, non-streamable existences are not problems to be fixed. The things that make us late, or bored, or stressed are often the signs of life. Even our pain and suffering are, in their way, reminders that the valley of the shadow of death is not the only thing that’s real. So are his rod and his staff.”

The Turning of the Calendar

Doug Eaton: “God’s mercies are new every morning, and they are also new every year. However, sometimes, we can expect too much from the turning of the calendar.”

Chris Hutchison offers up a couple of important lessons from the life of Elijah, one of which is for everyone and the other of which is geared toward parents.

God’s Faithfulness in the Past Assures Our Happy Future

Randy Alcorn: “The human race is homesick for Eden, which only two humans have ever known. We spend our lives chasing peaceful delight, following dead ends or cul-de-sacs in pursuit of home. We know intuitively that we’ve wandered. What we don’t know is how to return. Our lives are largely the story of the often wrong and occasionally right turns we take in our attempts to get home to Happiness with a capital H—God Himself.”

No Longer Slaves to Sin

”In all the CA State Prison chapels where I work, the current passage before us is the sixth chapter of Romans, in which are the words, “sin will have no dominion over you”.  And there, among men who have a keen and intense familiarity with what it means to not be free, we’ve been exploring the fundamental release from bondage inherent in the nature of our salvation, release not only from transgression’s final penalty but from sin’s cruel dominion now.”

Flashback: The Best Way to Begin a New Year

There is no better way to begin a new year than with the knowledge of your freedom and the desire to live for the glory of the one who has extended such grace. Christian, you are free and clear. 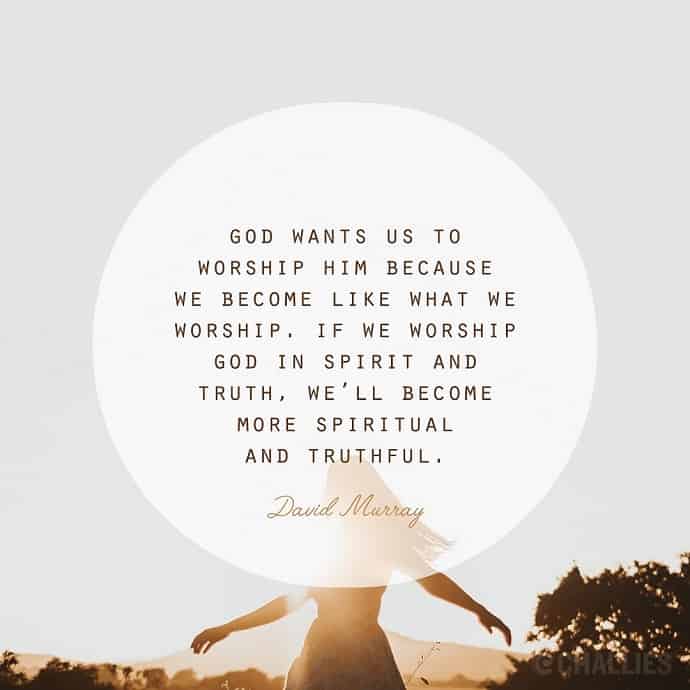 God wants us to worship him because we become like what we worship. If we worship God in spirit and truth, we’ll become more spiritual and truthful. —David Murray