There’s a nice little list of Kindle deals for the collectors.

(Yesterday on the blog: The Best Friendship in the World)

Joe Carter looks at a recent report about the countries where it’s most dangerous to be a Christian.

Ten Words for a Broken Society (#9: No False Witness)

Bruce Ashford continues his interesting series on the Ten Commandments. “Whereas the third commandment forbids us from telling a lie about God or attacking his name, the ninth commandment prohibits us from bearing false witness against our neighbor, i.e., from attacking our neighbor’s name: ‘You shall not bear false witness against your neighbor’ (Ex 20: 16). And while this speaks specifically to courtroom situations, its implications are much broader.”

3 Things God Will Never Do with Your Sin

“Consider for a moment how we ‘deal’ with others. We keep fresh in our minds their injustices toward us. We nurture the memory of their faults and failings. We never let them forget what they did and we often make sure others are mindful of it as well. We seek every opportunity, often secretly and surreptitiously, to make them pay for their transgressions. We hold it in our hearts and over their heads and persuade ourselves that it’s only fair that they be treated this way.”

Nick Batzig: “At a time when there is more confusion in the culture about gender and role relations, it would help us to take a step back and consider what Scripture sets forth as the model of manhood, namely, the Lord Jesus.”

When the Nest May Never Be Empty

Parents typically look forward to the day the nest will be empty. But for some, that’s just not reality. “When independence is the end goal for following Jesus, or for parenting, our faith is, unrecognizable from what God himself describes.”

A Proverb on Having Your Cake

I find idioms fascinating, perhaps especially when they originate from a different culture.

In every way, we must be disciplined in our pursuit of God, we must build habits of holiness. We must not succumb to the ease of complacency. 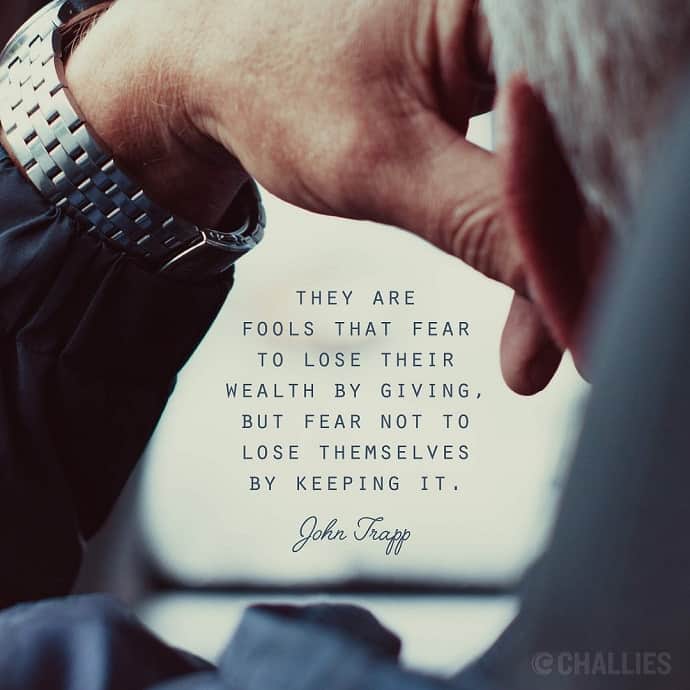 They are fools that fear to lose their wealth by giving, but fear not to lose themselves by keeping it. —John Trapp