May the Lord be with you and bless you today.

CBD is having a sale in which many books are $6 or less. That includes titles by Lutzer, Jeremiah, Walker, [Mary] Mohler, Piper, MacArthur, Poythress, Ryken, and Leeman, among others. It also includes lots of Bibles.

For Kindle deals, you’ll find some titles by Colin Smith for sale.

This is a fantastic bit of writing from Trevin Wax. “Every biographer of C. S. Lewis must face ‘the Mrs. Moore question’ and decide what to make of the relationship the beloved writer had with a woman more than 25 years his senior who remained a major part of his life from the time he returned from the trenches of the Great War until her death in 1951.”

Unraveling the Riddle of Rejoicing Always

Joe Allen: “Some Bible verses lend themselves quite well to becoming a tweet, a ‘life verse,’ or the inside of a greeting card. But when we read the Bible looking for catchphrases and mottos, we risk mangling the meaning of the Bible and invariably miss out on important truths.” He goes on to write about the biblical commands about rejoicing in all circumstances.

Why the King’s Christmas speech concerns me

“Roe v. Wade is dead. This is the first year in nearly half a century that the grim U.S. Supreme Court decision is no longer in effect. Sadly, though, abortion is still very much alive. In fact, there are many laws that protect the right of women to end the lives of their unborn children. Despite this reality, there are still some state laws in place that protect unborn children, which leads to a puzzling inconsistency in the law.”

Cindy Matson says that “whether you’ve written your your goals or not, you probably have habits, sin-patterns, or weaknesses that you’d like to change in 2023 and beyond. Some of those changes may be purely external, but be careful this year that your change isn’t only skin deep.”

Flashback: Before You Read Another Book on Marriage

Books on marriage can be wonderful, and I have benefitted from reading many of them. But the best and most helpful books on marriage are the ones being lived out by husbands and wives in your family, in your neighborhood, and especially in your church. Read them longer and more thoroughly than any other. 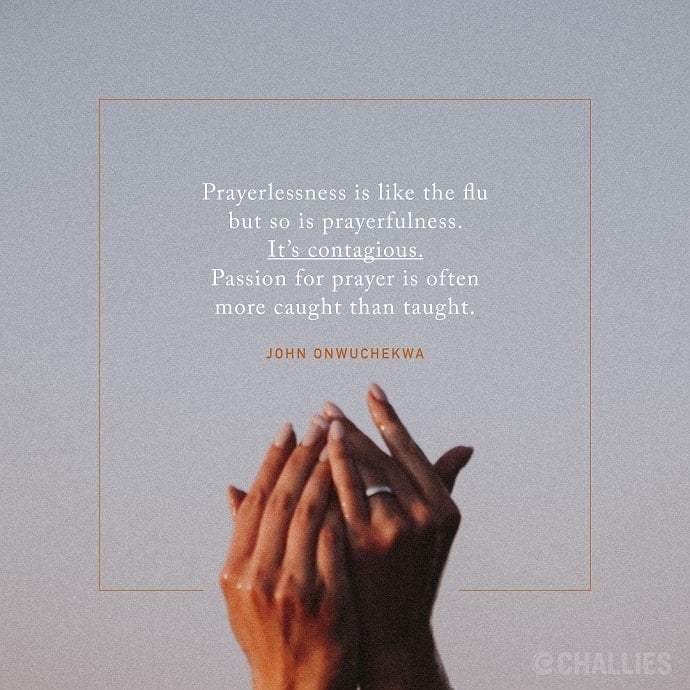 Prayerlessness is like the flu but so is prayerfulness. It’s contagious. Passion for prayer is often more caught than taught. —John Onwuchekwa