Happy Victoria Day to my fellow Canadians. I hope you enjoy your day off!

Today’s Kindle deals include a list of titles from Crossway.

(Yesterday on the blog: Vultures Are Always the First to Smell Carrion)

After Roe: What’s Our Job Now?

Here’s George Grant in Tabletalk: “Circumstances change. Laws, courts, and administrations come and go. Elections raise up and cast down the mighty. Popular opinion waxes and wanes. But through it all, the callings and responsibilities of Christians in this poor, fallen world remain the same.”

The Sermon That Divided America

It has been 100 years since Fosdick preached his most famous sermon. Obbie Tyler Todd gives the background on it here. “To say that Harry Emerson Fosdick’s sermon ‘Shall the Fundamentalists Win?’ (1922) ignited the fundamentalist-modernist controversy requires a bit of qualification. In truth, the lines had been drawn for at least a decade.”

Harry Emerson Fosdick and the Spirit of American Liberalism

Kevin DeYoung has a good article on it as well. It’s hard to overstate just how important a sermon it was. “On May 21, 1922, Harry Emerson Fosdick took to the pulpit of Old First—the historic First Presbyterian Church (est. 1716) located on Fifth Avenue in Manhattan—to deliver what would be his most famous sermon.”

A Letter to Special Needs Mothers

I expect someone out there could use this encouragement.

My Relationship Status with My Emotions? It’s Complicated.

“Recently I woke up in the night feeling terrible, like I had sinned in some great way. Over the course of my life I’m sure I’ve had this experience dozens of times, maybe hundreds. How do I make sense of that? Where did that emotion, that feeling come from?”

CT has a fascinating obituary for Fred Carter, the artist behind many of the Chick tracts. “Carter—an African American artist who drew gospel tracts, evangelical comic books, and Black Sunday school curricula—died on May 9 at the age of 83. He was the close collaborator of Jack Chick, pioneer of the popular evangelistic cartoons known as Chick Tracts. According to Christian Comics International, more than half of Chick Tracts were drawn by Carter.”

God saves you to sanctify you, to restore you to the life he intended for you before you gave yourself to sin. 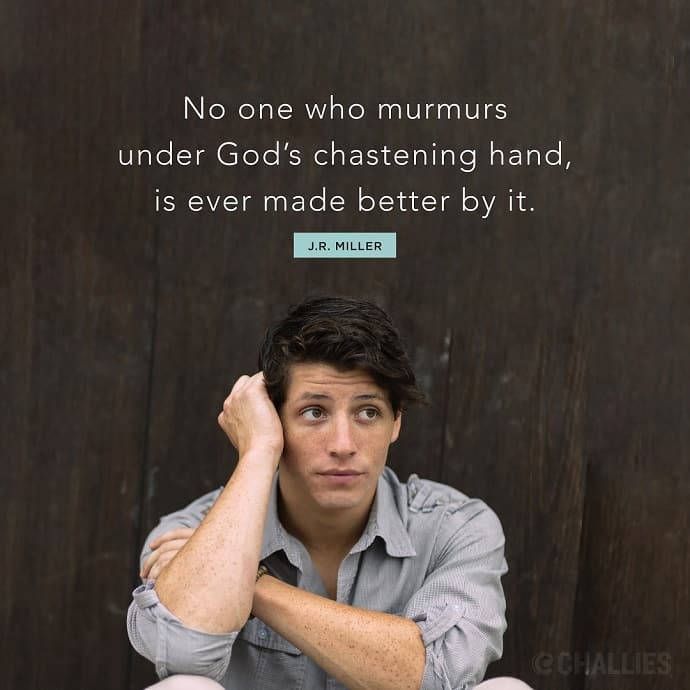 No one who murmurs under God’s chastening hand, is ever made better by it. —J.R. Miller