Westminster Books has a deal on the “most beautiful commentary ever written.”

If you didn’t check yesterday’s Kindle deals be sure to do so as there is a huge list (that includes my own Seasons of Sorrow). There are some new ones for today as well.

(Yesterday on the blog: Things for Christian Men To Think About)

Be sure to stick with this one to the end. “He is a worshipper. His life revolves around his worship. Nothing stops him. There is no doubt about his worship. Everyone knows the object of his worship, because he cannot stop talking about it. Even the way he dresses and behaves declares his commitment to his cause. On a Monday morning he is full of the activity of the previous day, recounting everything that took place in the recent worship.”

The Halloween Night That Changed My Life

Garrett Kell explains about the Halloween night that forever changed his life.

“Christian Nationalism” Misrepresents Jesus, So We Should Reject It

Jonathan Leeman: “Best I can tell, folks these days use the phrase ‘Christian nationalism’ and ‘Christian nation’ in one of two ways. Some mean that Christianity should influence the nation and its laws. Others mean that the nation and its government should actually identify as Christian. The problem is, many people, Christian and non-Christians, advocates and critics, don’t recognize the difference, which is one reason I believe we should drop the label altogether.”

Learning to pray alert to harvest

Here’s one about prison ministry and about praying alert to the harvest.

“A northern sun shines through my windshield, late rising over harvested fields as I head for home. Winter’s breath mercifully withdrew as we stood around Pam’s grave the day before, a small group of witnesses to her quiet life. ‘Dust to dust’, the pastor said before we parted ways, her ashes left in the dark embrace of the dirt behind us.”

Flashback: 6 Marks of a Faithful Ministry

God gives us pastors because we need pastoring. But what is this ministry? How does a pastor minister to his people in a way that expresses due care and concern for them? 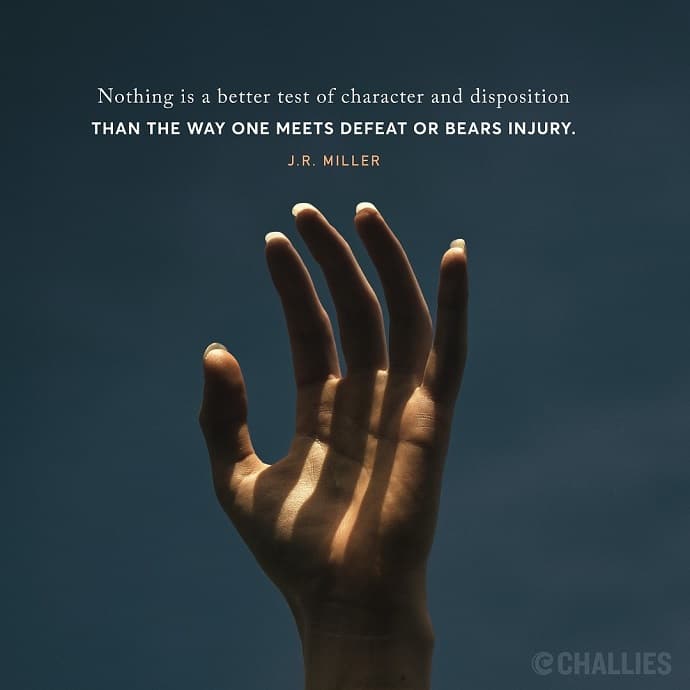 Nothing is a better test of character and disposition than the way one meets defeat or bears injury. —J.R. Miller