Grace to you and peace from God our Father and the Lord Jesus Christ.

Westminster Books has deals on a collection of new and notable fall releases.

Today’s Kindle deals include a collection of books from Crossway.

(Yesterday on the blog: When Calvin and Wesley Shake Hands)

The Gospel is in the Detail

Rhys Laverty uses the occasion of Reformation Day to say “it’s vital to remember that an insistence on detail is, in many ways, at the root of Protestantism. And the boldness to point out such details is vital.”

“When we talk about spending time in God’s Word, we usually say ‘read your Bible!’ But that doesn’t mean you always just pick up the Bible and read a chapter – here are a few other creative ways to soak in Scripture.”

A Strange and Holy Calm

David Mathis: “In a day when outbursts of emotion are not only accepted, but respected, and encouraged, it can be more difficult to raise men who learn to righteously ‘hold their peace.’ It’s a curious phrase at key junctures in the history of God’s people. Some outburst of rage, or rash expression of anger or retaliation, is expected, yet a man of God, we’re told, ‘held his peace.’”

Is This the Right Way?

I enjoyed this article about going the right way.

Memories: A Tribute to My Mentor

It’s always a joy to read tributes to ordinary people who have been faithful.

“It’s one of those myths that just won’t die. For decades, we’ve heard the factoid that half of all marriages in America end in divorce. We’ve heard it so long, it must be true. Right?”

The Cautionary Tale of Francis Collins

“On June 8, 2019, Francis Collins finger-picked his guitar and sang Andy Grammer’s song ‘Don’t Give Up On Me’ at the memorial service for a young man who had died after a four-year battle with a rare kidney cancer. The man had enjoyed the song, and Collins, director of the National Institutes of Health, cared dearly for him. He concluded his performance with an emotional benediction, promising that he would see the young man again and that he and his staff would not give up searching for a cure. This is the kind of man Francis Collins is. One month earlier, Collins’s NIH had approved a research grant requested by University of Pittsburgh scientists who desired to graft the scalps of aborted fetuses onto rats and mice.” This is also the kind of man he is…

Flashback: 6 Marks of a Faithful Ministry

The pastor is to serve humbly, to serve just like Jesus served. An arrogant ministry is the most destructive kind of ministry. 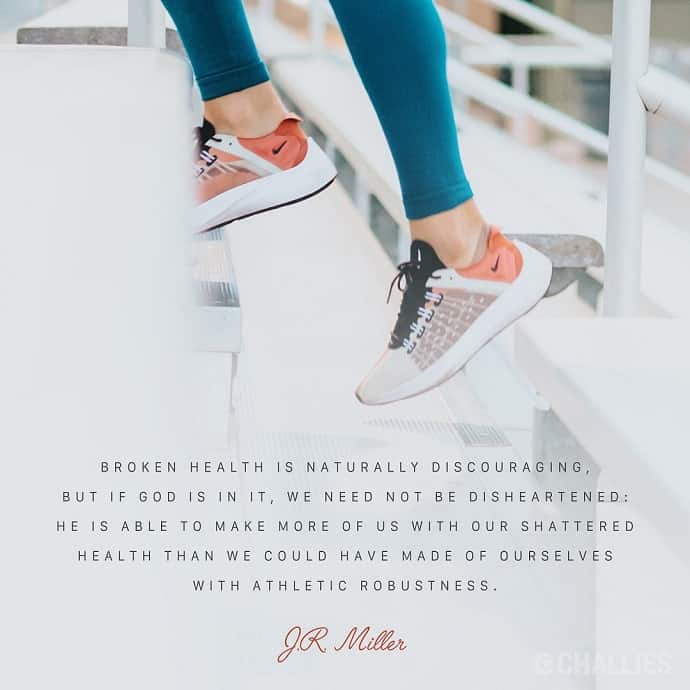 Broken health is naturally discouraging, but if God is in it, we need not be disheartened: he is able to make more of us with our shattered health than we could have made of ourselves with athletic robustness. —J.R. Miller