We are seeing some Kindle deals related to ETS. They are worth checking out.

(Yesterday on the blog: The Beauty of an Heirloom Bible)

Assurance of Things Hoped For: Christians Will Meet Again in Heaven

You know what I love about blogs? That people write content as good and encouraging as this, and then joyfully give it away for free. “‘You’re welcome,’ I replied, mostly because those were the only words that formed in the weight of the moment. If he noticed my emotion, I’ll never know. For he simply returned to reading the open Bible in his lap. Our visit to Maine was filled with times like this—long periods of quiet introspection, beside an octogenarian who has been a significant force in my life for more than thirty years, with staccato spurts of outward expression.”

Here’s another great example. “The warm sunlight is filtering through the trees, there’s music in the air, and amid the bustle of the servers and the clink of the cutlery there’s a constant hum of lively conversation. I’m not there. I don’t even know where it is, but when I look at the painting of this scene that hangs over our mantle, I can hear it all. I can feel it all, and I love it.”

Having trouble checking off your Christmas list? Here is a curated guide packed with great ideas that is sure to make them smile! Also, don’t miss out on the early Black Friday deals. (Sponsored Link)

Why did God wait to reveal the Trinity?

That’s a very good question! Dr. Blair Smith answers it in this video from RTS.

It’s worth reading Jim Elliff’s little tale about a tribe that was exposed to the Bible and then, a while later, to Christian books.

Why Did God Give Us the Book of Revelation?

Many of us are about to begin reading Revelation in our Bible-reading plans. Here’s an article from Lucky Mogakane that reminds us why God gave us that particular book. “When asked, most Christians will admit they haven’t read the book of Revelation. And those who have, usually say they will never read it again. Forgetting that it was written for our blessing (Revelation 1:3), many Christians are fearful of Revelation.”

Glenna Marshall discusses what it means to “pray until you pray”—an old Puritan expression.

Satan’s great joy is to convince you that the sin you are about to commit is very small and the sin you have just committed is very large. 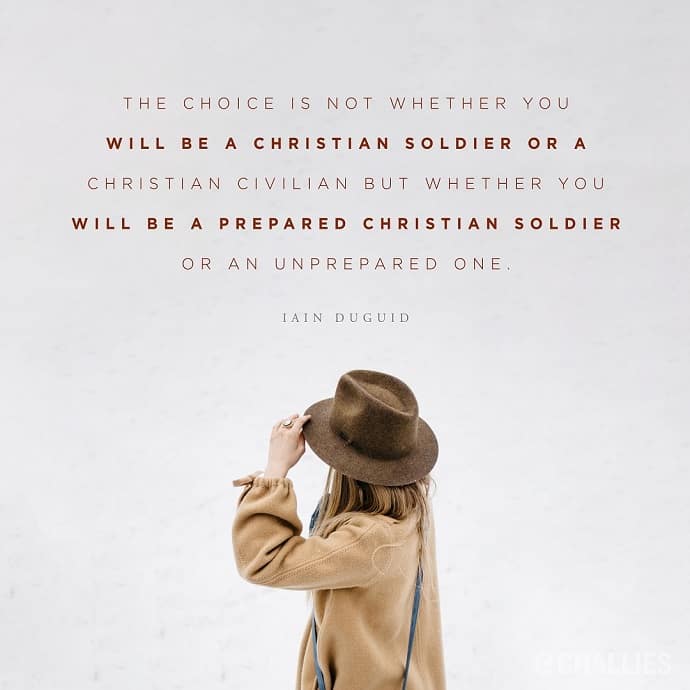