Thanks for all the kind feedback on yesterday’s launch of Seasons of Sorrow. As you read it, please consider leaving a review at Amazon.

Westminster Books has deals on some new and noteworthy books.

(Yesterday on the blog: A New Song: In the Valley (Bless the Lord))

An Insight Into Influencers

“Who are the most influential people in the lives of teenagers? Most of the potential answers to that question probably haven’t changed much across centuries and cultures: parents, siblings, wider family, friends and educators. But now, in the 21st century, we have to add to that list YouTubers and social media content creators.”

Did Jesus Send Us Looking for ‘Persons of Peace’?

You’ve probably heard of the missions strategy of seeking out a “person of peace.” This article explains why this isn’t necessary.

This is important: “In the immediate aftermath of her death, it is inevitable and right that we celebrate her life. A degree of hagiographic overstatement is to be expected as we pay our respects. However, as gospel ministers, we need to be careful that, at this very moment at which the Christian faith and its fruits are in the public eye, we do not inadvertently create the impression that the Christian faith is a works religion, with eternal life secured by a good life of sacrificial service.”

How to have an Elders’s Retreat

Clint Humfrey: “If you’re a pastor, have you thought of having a retreat day with your elders? Likely it’s because you see the need to develop camaraderie, common vision, and to simply take a step back from the ministry of the church and evaluate together. For all of these reasons, a retreat can be a good idea. Here are six suggestions for putting on an elders retreat.”

Everyone Is Guilty, but Anyone Can Be Pardoned

“If a man kills another man, and neither of them put their trust in Jesus, how is it just that they both end up in Hell? It makes sense that the murderer is punished. The victim, however, was unjustly killed. Why should he be punished, as well?” This article answers well.

What Does “Vanity” Mean in Ecclesiastes?

This is quite an interesting take on some possible meanings for the “vanity” of Ecclesiastes.

Flashback: 7 Books To Help You Understand the Times

A new worldview based around a very particular conception of social justice is quickly gaining traction. Traditional understandings of sex and gender are being overthrown. New words and new ideas have suddenly sprung into our common parlance. 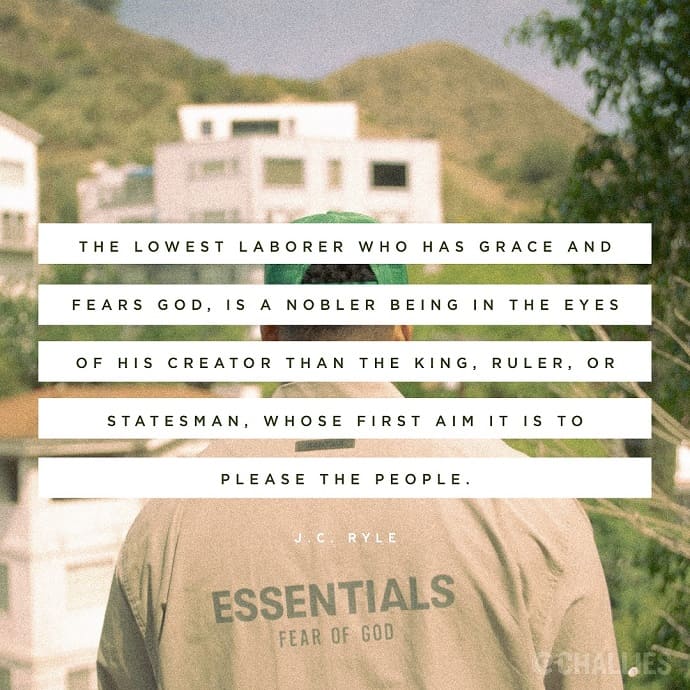 The lowest laborer who has grace and fears God, is a nobler being in the eyes of his Creator than the King, ruler, or statesman, whose first aim it is to please the people. —J.C. Ryle