Good morning. May the Lord bless and keep you today.

Westminster Books has a couple of deals you should know about this week. The first is on the John Piper preaching bundle while the second is on a new children’s book.

There’s a nice collection of reference works in today’s list of Kindle deals.

Clinging to God and Grammar

Carl Trueman: “In times past, progressive politicians described those they despised as clinging to ‘God and guns.’ I suspect that we are not too far from a time when they will insult those they deplore for clinging to God and grammar. That might sound an odd claim, but the days are coming rapidly to an end when it was morally acceptable to think that language, among its many functions, had a positive relation to reality. Today, dictionaries and grammars look set to become relics of a bygone age of evil oppression.”

Ten Truths About a Liar

“Is Satan capable of inception? Does he whisper temptations in our ear? Is Satan’s authority, power, and relationship to unbelievers the same or different from Christians? These are all valid and, frankly, somewhat haunting questions. I am not left emotionally unmoved by the many destroyed marriages and ministries around me Satan has devoured. I trust your experience is comparable.”

Janie B. Cheaney writes about some of the trappings of online fame.

What Lewis Had Wrong about Hell

Bob McKelvey writes about Lewis’ The Great Divorce and says that “What Lewis communicates about anthropology in these vignettes is unsurpassed. Sadly, what he conveys about theology proper is appalling.”

Doug Eaton: “There are so many benefits to today’s technology that it is hard to overestimate, but that does not mean there are no negative consequences involved, especially when we combine it with our sinful nature.”

Kristin shares another little anecdote from her childhood while drawing a lesson from it.

Personally, I pray for one of these traits each day, using the bullet points as a guide. Perhaps you will find it helpful to do something similar. 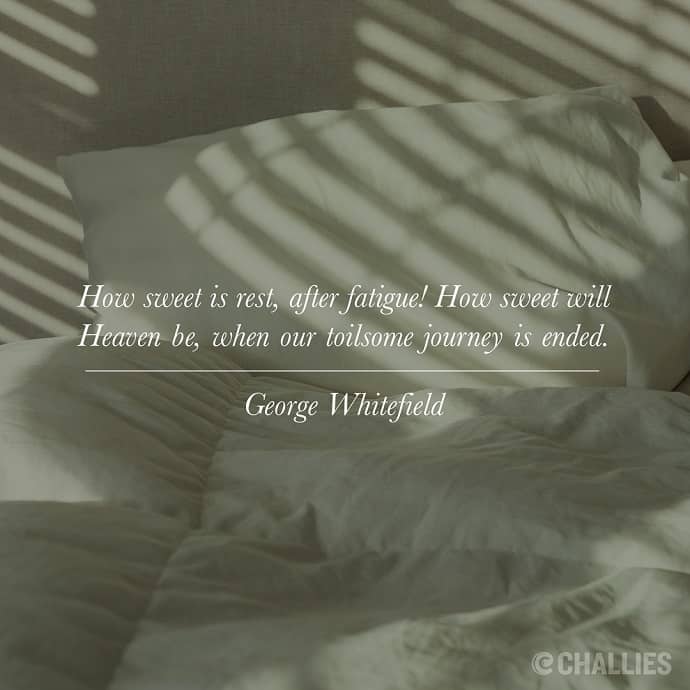 How sweet is rest, after fatigue! How sweet will Heaven be, when our toilsome journey is ended. —George Whitefield