Good morning, my friends. Grace and peace be with you today.

(Yesterday on the blog: The Blessings Lent Us for a Day…)

“There are times when as churches and pastors we make things more complicated than they need to be. I sometimes fear that evangelism is made out to be something that you need to learn, that there’s a magic course or a seminar out there that will unlock the hidden evangelist in you.” But it’s not nearly so complicated.

Why the NLT is Good, Actually

“It’s common in certain circles to hate on the New Living Translation. That hate is undeserved.” Tommy Keene explains why the NLT isn’t nearly as bad as some make it out to be.

Is There Such a Thing as Righteous Anger?

“Technically, of course, there is such a thing as an empty gun. But if you think it’s empty and you’re wrong, the consequences can be so tragic it’s better to just pretend that no gun is ever empty, except in very specific situations like cleaning or repairing it. I’m beginning to think we should have a similar attitude towards so-called ‘righteous anger.’”

Should You Watch The Chosen?

This is worth considering: “Ask yourself this question, and answer it honestly: if you were able to view actual recordings of the events in the Bible, would you still need the Bible, or because you could watch and listen to the events themselves, would you have a better revelation of God than the Scriptures?”

“God is governing, providing, preserving, pardoning, and saving. He is sustaining and guiding. And He is frustrating.” He is, indeed, as long as you’re thinking of the correct use of the word.

Peanut Butter & the Marriage Supper of the Lamb

“In a span of minutes, from when we gave our baby a taste of what we were sure would be his new favorite food to when his body rebelled, we were living in a different world. A more hostile world. Someone described the mental shift to me as though the color orange could send your child to the hospital: suddenly you notice it everywhere.”

Flashback: It’s All About the Conscience

Harold Senkbeil’s The Care of Souls is a book that has made a deep and immediate impact on me. I hope you’ll indulge me in another brief excerpt from it that I found particularly meaningful. 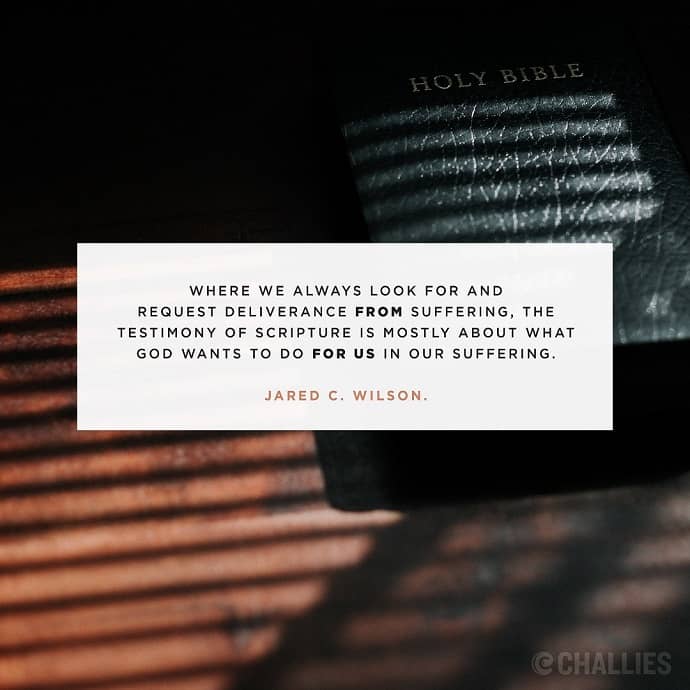 Where we always look for and request deliverance from suffering, the testimony of Scripture is mostly about what God wants to do for us in our suffering. —Jared C. Wilson