A Requiem for My Nation

By Tom Ascol — 3 months ago

A Requiem for My Nation 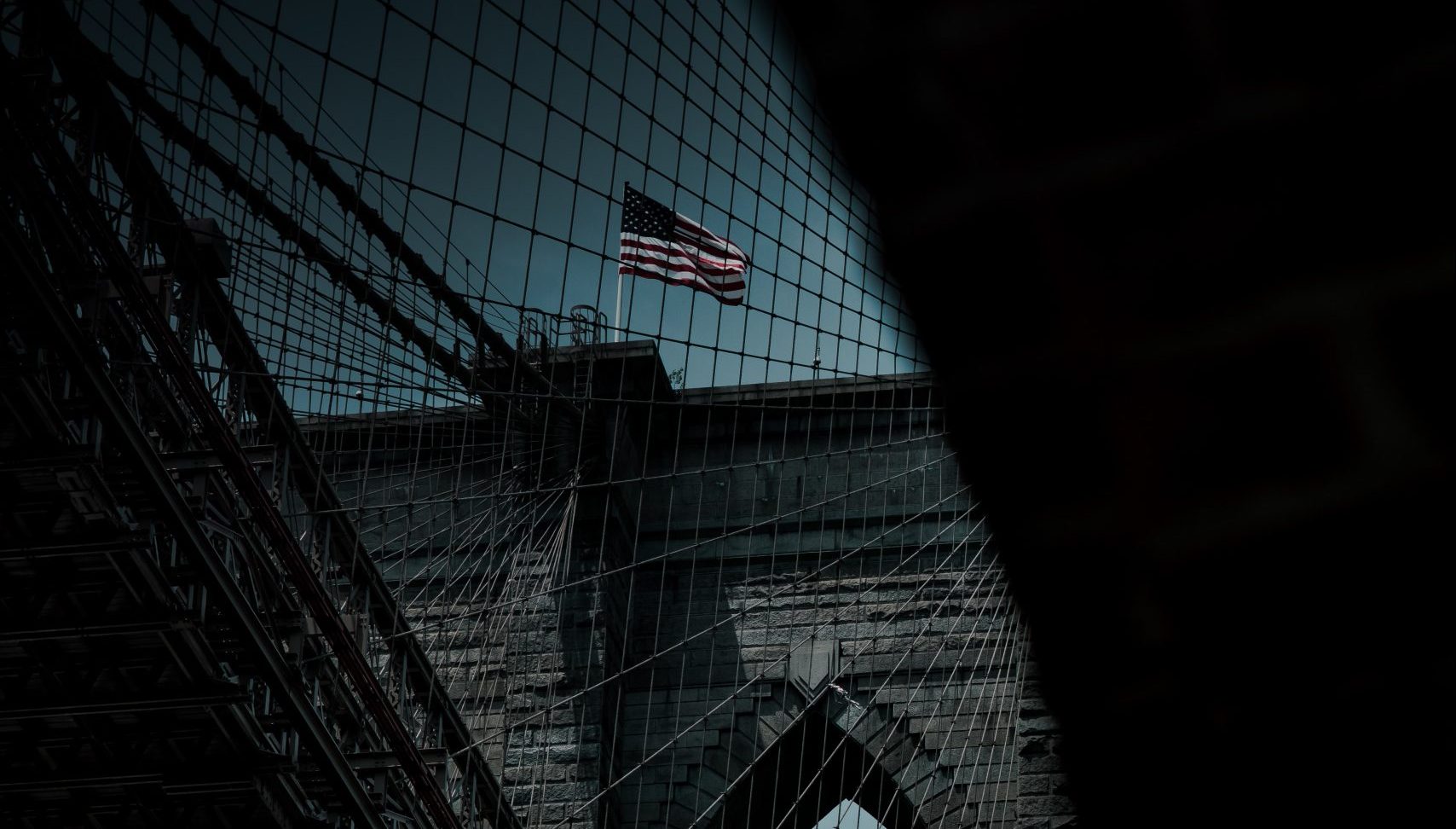 Here is a question on which I have been musing for the last 2 years:

If the present generation of Americans were given the opportunity to form a new nation, could they create one equal to or greater than the United States of America?

The answer is an undeniable “no.” The only people who would dare to argue otherwise are those who believe that the USA is a nation that should be torn down or, as President Obama put it, “fundamentally transform[ed].” The problem is that most of the key leaders in this country fit into that category. I’m talking about leaders in the political, educational, cultural, and religious realms.

Establishment politicians have demonstrated their wickedness time after time by their inaction in the face of various moral insurrections led by domestic enemies who want to pursue President Obama’s vision to its logical conclusion of destroying the very foundations on which America is built. Witness the Black Lives Matter riots, covid vaccine mandates, legalization of so-called homosexual “marriage,” and forcing girls not only to share but to celebrate sharing toilets and locker rooms with males. Beyond inaction, too often and with increasing frequency legislative bodies actively aid and abet these domestic enemies by pushing bills and legislation that promote their insurrections. Witness the most recent example of the US Senate’s vote to pass the misnamed “Respect for Marriage Act” by a 62-37 vote. This latest maneuver is especially illustrative of political wickedness because it gives “statutory authority for same-sex and interracial marriages.”

Do you see how they operate? By tying the abomination of homosexual “marriage” to the legitimacy of interracial marriage, the Senators could threaten anyone who voted against it with the career-ending stain of “racism.” By misnaming it the “Respect for Marriage Act,” they simply lied about its attack on genuine marriage so that unthinking & unsuspecting people would think favorably of it and reason that, of course, we should be for respecting marriage! It reminds me of Hitler’s euphemistic “Final Solution.” After all, who doesn’t want problems finally resolved?

Such tactics illustrate Jesus’ words in Luke 16:8, “For the sons of this world are more shrewd in dealing with their own generation than the sons of light.” That’s true not only for our politicians but also for the creators and producers of our entertainment industries and other influential shapers of our culture. From executive producer for Disney Television Animation, Latoya Raveneau’s giddy celebration of her success in pushing Disney to promote her “not-at-all-secret gay agenda,” to Harvard graduates’ open (and, sad to say twenty-five years hence, highly successful) bold strategy to “overhaul straight America,” they have let slip their dogs of war to great effect on the Christian ramparts of this once-great nation.

The educational institutions of this nation, for the most part, serve as fifth columnists for the moral terrorists seeking to destroy the United States. By that I mean that US citizens are financing most of these institutions through forced taxation to further the agendas of those who are working to eliminate every vestige of righteousness from our borders. Parental protests of school boards across the nation over the last few years have exposed corrupt curricula and activist teachers that seek to push the racism of Critical Race Theory and the perversion of LGBTQ+ ideologies. Some even promote (serendipitously at great financial gain) child abuse through “gender-affirming” mutilation.

On April 26, 1983 the National Commission on Excellence in Education filed a report to the US Department of Education on the quality of education in America. The name of the report signals its findings, “A Nation at Risk.” While the commission focused almost exclusively on academic metrics, what they found led to this chilling assessment:

If an unfriendly foreign power had attempted to impose on America the mediocre educational performance that exists today, we might well have viewed it as an act of war. As it stands, we have allowed this to happen to ourselves….We have, in effect, been committing an act of unthinking, unilateral educational disarmament.

One can only imagine how those 1983 sensitivities would evaluate the devolution of the American educational complex of 2022. Former failing pedagogy has been supplanted by LGBTQ+ promoting curricula. Listen to some of the teachers who teach that curricula by spending a little time on this site. And then consider that American taxpayers are required to continue financing the insurrection.

One of the greatest disappointments of the last several years has been the failure of so many Christian leaders.

And what have the “sons of light” been doing during this fundamental transformation? For the most part, they have been following feckless leaders who, if not fully complicit in the moral rot and godless degradation of this land have nevertheless facilitated it by their incompetence or cowardice (and in some cases, both). If they were not exhorting us to practice “pronoun hospitality” by participating in the self-deception of those suffering from gender dysphoria they were reassuring us that “God only whispers about sexual immorality.” As it was in the prophet Jeremiah’s day, so it is in our own:

“From prophet to priest, everyone deals falsely. They have healed the wound of my people lightly, saying, ‘Peace, peace,’ when there is no peace (Jeremiah 6:13b–14).

One of the greatest disappointments of the last several years has been the failure of so many Christian leaders. In too many cases they have lacked courage and conviction. Simple, God-fearing believers have been repeatedly lectured by our betters to toe the cultural, political, and educational party line during their attack on the moral order over the last few years. We saw erstwhile trusted leaders shut down their churches at the command of civil magistrates while marching in support of Black Lives Matter protests as if the virus magically withdrew from all public virtue signaling. We were told there is no Christian basis for abstaining from the covid vaccine. Indeed, we were shamed by accusations that refusal of the vaccine is a violation of the second great commandment.

As we watched businesses destroyed, livelihoods forever altered, children’s education retarded, and parents and other loved ones suffer and die alone in hospitals, sycophantic Christian leaders continued to scold us with reminders that pastors are not medical doctors and that we must always trust the science™ regardless of how often or flagrantly those championing that “science” refused to abide by it themselves. Failure to do so, we were assured by such leaders, is to buy into wild conspiracy theories. To add insult to injury, as facts have continued to come to light that expose the failures of our leaders, they continue to refuse to admit their failures. This is both strange and revealing for those exalted to lead practitioners of a religion of justification by grace alone through faith alone in Christ alone. True grace sets Christians free to live in faith and repentance. As Martin Luther put it in the very first of his 95 theses,

When our Lord and Master Jesus Christ said, “Repent” (Matthew 4:17) he willed the entire life of believers to be one of repentance.

Is a person who refuses to acknowledge his mistakes even practicing the same religion as Luther?

My love of a nation full of neighbors will not let me feign ignorance or remain quiet in the face of such demonic assaults on them. I want them to know the true God through faith in Jesus Christ.

I write as a Christian and a pastor. But I also write as a patriot. To some, that evokes charges of Christian Nationalism. Honestly? I don’t care. The longer I have lived as a Christian, the more clearly I have come to see that the second great commandment requires at least a modicum of patriotism. How can I love my neighbor as myself if I do not want my neighbor to enjoy the blessings and freedoms that I desire? And if I see those blessings and freedoms being destroyed by frontal assaults as well as by espionage and betrayal, is it loving to do nothing and stay silent?

If I know that “righteousness exalts a nation, but sin is a reproach to any people” (Proverbs 14:34), then how can I be ambivalent about the legalized slaughter of unborn babies or have my convictions so disconnected from my voting that I approve of a Christian voting for a Democrat candidate (whose party platform guarantees the protection of abortion on demand)? What kind of hatred must govern my affections for the person who is himself caught up in sexual perversion as well as for the children whom he grooms to declare that Drag Queen Story Hour in public libraries is “one of the blessings of liberty?”

My love of a nation full of neighbors will not let me feign ignorance or remain quiet in the face of such demonic assaults on them. I want them to know the true God through faith in Jesus Christ. I want them—and myself—to “live a peaceful and quiet life, godly and dignified in every way” (1 Timothy 2:2b). That is why I will pray for “kings and all who are in high positions” (1 Timothy 2:2a) as the Apostle Paul instructs all Christians to do. And such prayer leads me to action. Because it is insincere to pray for that for which I am not willing to use God-given means to acquire, I will also vote for those civil magistrates who will stand against wickedness and serve the cause of righteousness. And I will encourage all my Christian brothers and sisters to do likewise.

If that’s Christian nationalism, so be it. As Craig Carter so astutely noted recently, “if so, then maybe we could use a little old-fashioned Christian Nationalism.” Because one thing is certain. Our forefathers who founded this nation stood on the foundation of Christian thinking and Christian living that made possible the kind of democratic republic we have enjoyed. Those foundations have been intentionally destroyed by purveyors of wickedness. And the people of God have stood idly by as it happened.

The church of Jesus Christ has been commissioned by our Head to make disciples of all nations. The way that we do that is by teaching and preaching the Word of Christ—all of it, including both law and gospel. It is time that God’s people humble ourselves in the face of the undeniable reality that we have not fulfilled this commission very well in the last few generations of these United States.

May God grant us the grace to repent, to seek His favor and the power of His Spirit, and to give ourselves wholeheartedly to proclaim the lordship of our Christ throughout this nation once again.