A Rest for Any Restlessness

By Scott Hubbard — 2 months ago 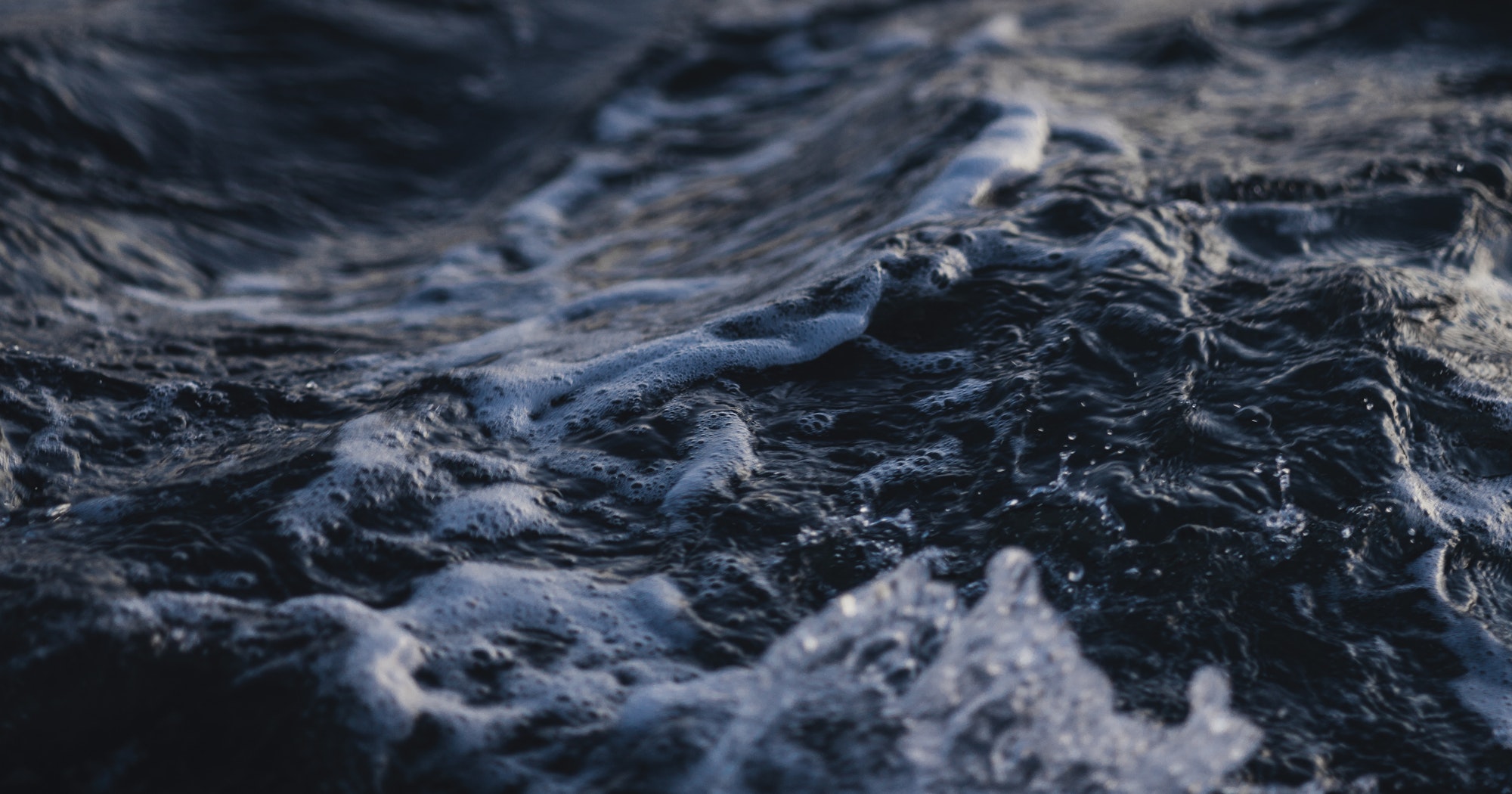 If you could capture in a word what it feels like to live as a fallen human, far from Eden, what might you say? Sorrowful, perhaps, or broken. Frustrating. Dark. There’s no one right answer. But one of the most profound appears in the famous opening lines of Augustine’s Confessions: restless. “You have made us for yourself, and our heart is restless until it rests in you” (1.1.1).

Deep in the human soul, a spirit of restlessness runs like an underground river: often unseen, often unrecognized, often denied, yet rumbling beneath so much of what we say, dream, and do.

We easily mistake the bone-deep gnaw for something more superficial. We need a few days off, we think — or a better work-life balance, or a new job or apartment, or more recognition from our peers, or more understanding from our spouse. The advertising industry taps into the ache and offers a thousand ways to dam the restless flow: new experiences, new places, new things. Sometimes we buy it.

These are whispers, snatches, songs in the wind: echoes of the thing we want, but not the thing itself. They may bring a measure of rest to mind or body (for a time), but they can no more dam the river than a stick can stop the Niagara. We long for something deeper.

But why the ache? Why the inner gnaw? Why the endless running restlessness?

In the beginning, God weaved rest into the fabric of his unfallen world. Soul deep and heaven high, rest filled Eden’s very air. For God, after working for six days, crowned creation with the seventh: “On the seventh day God finished his work that he had done, and he rested on the seventh day” (Genesis 2:2). “It is finished,” God said, and all creation enjoyed his rest.

But the garden is long gone now. And between us and Eden’s rest stand cherubim holding a flaming sword (Genesis 3:24). When Adam and Eve left Eden’s gates, they left not only a place, but a whole posture of soul. They left the restful garden and entered a world without the seventh day.

Outside God’s presence, our little attempts at rest — our sleep-ins and successes, our days off and entertainments, our life balances and purchases — are so many seeds planted in granite. We sow and dig and water, but the soil of our souls can’t hold the seeds; we look for rest and reap restlessness.

Exiled from Eden, we need the God of the garden to once again become our God; we need the Lord of rest to be our Lord and Rest.

Hope eventually came in the form of a commandment. “Remember the Sabbath day, to keep it holy,” God told an Israel freshly redeemed from Egypt, that land of anti-Eden restlessness.

Six days you shall labor, and do all your work, but the seventh day is a Sabbath to the Lord your God. . . . For in six days the Lord made heaven and earth, the sea, and all that is in them, and rested on the seventh day. (Exodus 20:8–11)

From then on, every seventh day became a witness to Eden’s lost world. And a whisper of what might be again.

Yet it was only ever a whisper. For the week’s seventh day was not the seventh day; however much rest the Sabbath offered, it could not stop the river of human restlessness. The Sinai and wilderness generation, for all the Sabbaths they experienced, did not enter God’s true rest (Psalm 95:11; Hebrews 4:2). Later generations too easily profaned the Sabbath day — working, planning profits, calling the day a duty rather than a delight (Isaiah 58:13–14; Ezekiel 20:13–24; Amos 8:5). And in time, Israel’s leaders would lay burdens on the people too heavy for any Sabbath to lift (Matthew 23:4; Mark 2:27).

And so, the Sabbath was a pointer, a prophecy, a partial melody filled with promise. As Israel’s animal sacrifices foretold the Lamb of God, and as the temple anticipated the Word made flesh, and as every king and priest shadowed the outline of the Messiah, so the weekly Sabbath spoke of a rest far greater than Saturday — and of a Lord from whose heart it would flow.

Lord of the Sabbath

Of course, a spiritually attentive Israelite always knew that soul-deep rest came not from the Sabbath itself, but from the Sabbath’s Lord. The day was “a Sabbath to the Lord your God” (Exodus 20:9), “a Sabbath of solemn rest, holy to the Lord” (Exodus 31:15), a time to hear God say again, “I, the Lord, sanctify you” (Exodus 31:13). Sabbath rest was a stream in time; God himself was the fountain.

“Follow the stream of the Sabbath and what you find is not a day, but a Lord.”

Audacious, then, were those simple words of the Lord Jesus, spoken to the Pharisees in a Galilean grain field: “The Son of Man is lord of the Sabbath” (Matthew 12:8). Follow the stream of the Sabbath, Pharisees: walk its banks along the centuries — past Sinai, past Egypt, past even the creation week — and what you find is not a day, but a Lord. A Lord now standing in the grain field.

Lest we miss the meaning and magnitude of these words, Matthew tells us that the Sabbath confrontation happened “at that time” — that is, just after Jesus spoke these famous words:

Come to me, all who labor and are heavy laden, and I will give you rest. Take my yoke upon you, and learn from me, for I am gentle and lowly in heart, and you will find rest for your souls. (Matthew 11:28–29)

Note well that Jesus does not say he will point us toward the rest we long for, or even lead us there himself: he says he will give it to us. As Lord of the Sabbath, the deepest rest lies in his possession — in his gentle Sabbath heart. No longer, then, would the weary and heavy laden look to a day to find rest, but to a person. He is our living, breathing, saving Seventh Day.

Seventh Day for Your Soul

Whatever kind of restlessness runs through your soul; whatever desperate river rumbles beneath your dream of days off, or your grasping for career advancement, or your social-media obsessions; whatever Edenic ache you carry within, Jesus’s invitation holds: “Come to me, all who labor and are heavy laden, and I will give you rest.”

“Jesus holds a rest for every kind of restlessness, a Sabbath calm for every care, a seventh day for every soul.”

Do you long for righteousness? He has already won it (Romans 3:26). Do you yearn for an identity? He calls you his own (Hebrews 2:11). Is success what you seek? He shares his victory (1 Corinthians 15:57). Do worries keep you awake? His shoulders can carry them (1 Peter 5:7). Do you lack others’ favor? You still have his (Romans 8:31). Do you feel trapped in the life you have? He is a world always new (John 21:25). Jesus holds a rest for every kind of restlessness, a Sabbath calm for every care, a seventh day for every soul.

So how can we find our rest in him? We can begin by learning to call our longings for rest by their real names. When we begin to feel our familiar restlessness — as insecurity rises, or an impulse to buy something itches, or a desire to escape consumes us — we can say that what we really want is not praise, not possessions, not a change of job or city, and not even rest in the abstract, but Jesus, our Sabbath Lord. For ultimately, to say “I long for rest” means “I long for Christ.”

Of course, the rest we know now in Jesus is only a foretaste of the greater rest to come. The Puritan Christopher Love once wrote, “Here in this world, joy . . . entereth into you, but in the world to come you shall enter into joy” (The Genius of Puritanism, 106). So too with rest: here in this world, rest enters into us, but in the world to come, we will enter into rest.

One day soon, rest will be not only the stream of living water within, but the sea of living water without. We will walk through a world where rest rises from the soil and drops from the clouds. For the Lord of the Sabbath himself will reign in that land, bringing the seventh day back to an earth even better than Eden. He is the “ocean depth of happy rest,” as the hymn puts it, and forever his waves will wash over us.