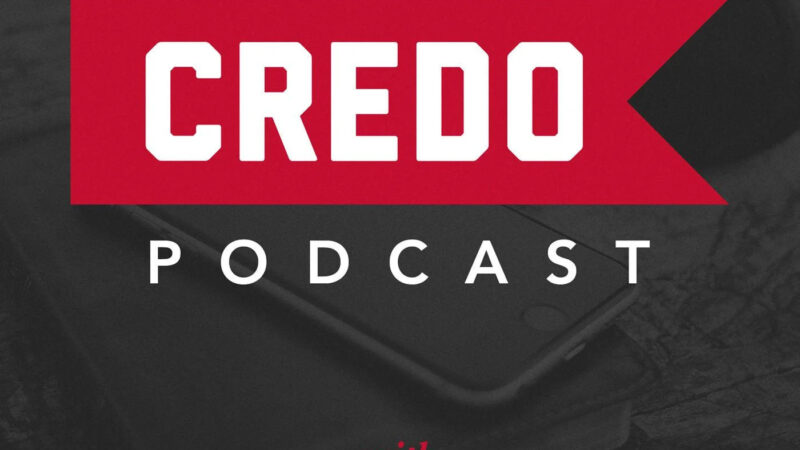 Why I became an Evangelical Theologian: Matthew Barrett and Daniel Treier

By Matthew Barrett — 2 weeks ago

Many view evangelicalism only in the political sense of the term, which may overlook and even diminish the rich theological tradition that is evangelical theology. Whether you joyfully consider yourself an evangelical or prefer to ditch the term altogether, evangelicals continue to work together with a steadfast commitment to primary doctrines of the faith despite secondary differences. To… Download Audio

By Matthew Barrett — 1 month ago

The external works of the Trinity are undivided. Until recently, this statement was an uncontroversial affirmation of the doctrine of inseparable operations. In fact, for nearly two millennia, inseparable operations were simply assumed to be an integral premise of the Christian faith. Yet modern treatments of the Trinity have left the essential unity of the… Download Audio

What made Calvin a theologian and a pastor? Matthew Barrett and Bruce Gordon

By Matthew Barrett — 2 months ago

John Calvin was one of the most influential figures of the Reformation. But have you ever thought about Calvin’s life? What were some of the events, enemies, friendships, relationships, and influences that shaped such monumental works as his Institutes and biblical commentaries? What inspired Calvin to write these works and what was the context in… Download Audio

What Does Plato have to do with Jesus? Matthew Barrett and Louis Markos

By Matthew Barrett — 2 months ago

It’s all in Plato, all in Plato: Bless me, what do they teach them at these schools? ― C. S. Lewis, The Last Battle If you are doing theology, you are seeking an understanding of the truth. In the ancient world, few claimed the title of truth-seeker more wholeheartedly than Plato. Though he lived before Christ… Download Audio

What does Jesus have to do with Frankenstein? Matthew Barrett and Karen Swallow Prior

By Matthew Barrett — 3 months ago

“I ought to be thy Adam, but I am rather the fallen angel…” ― Mary Shelley, Frankenstein Can regular encounters with the Great Books shape us in ways that mere information intake cannot? Matthew Barrett and Karen Swallow Prior believe classical literature possesses a special magic that can help us develop Christian virtues, such as… Download Audio

Can the past help us live less anxiously in the present? Matthew Barrett and Alan Jacobs

By Matthew Barrett — 3 months ago

The tyranny of the present is a cruel evil. For many, the routine to-do’s and the barrage of breaking news renders us numb to anything outside our immediate field of vision. While the present moment is indeed important, we must remember that it is still merely a moment. As moments come and go, the future… Download Audio

Nietzsche, Freud, and the Politics of Sex: Carl R. Trueman and Matthew Barrett

There’s been a drastic shift in the understanding of the self over the last 200 years. We now tend to think of ourselves as unencumbered, expressive individuals who are most authentic when we are able to act outwardly on those things that really define us, our inward feelings and our inward desires. Additionally, our imaginations… Download Audio

First Principles: A Most Subtle Skepticism

Tradition serves to correct our assumptions, expose our blind spots, and cultivate accountability in a garden we have turned into a wasteland. But most of all, she introduces us to creeds so that we do not gather as one but join the assembly of believers now and yesterday to praise the King of glory with one voice.

It is the democracy of the dead. Tradition refuses to submit to the small and arrogant oligarchy of those who merely happen to be walking about.–G.K. Chesterton, Orthodoxy
Today we are experiencing a surge of renewed interest in retrieval. However encouraging that resurgence may be—and it certainly is reassuring—a lingering, even nagging hesitation remains among a remainder of theologians and pastors. Those reluctant are not identical with those alarmist fundamentalist “no creed but the Bible” types. Such an overt, frantic biblicism is conspicuous enough as a theological cancer. Instead, it stems from that type of theologian or pastor who appreciates the past, but nonetheless considers engagement with our Christian heritage as nothing more than a pragmatic recruitment of conversation cronies. At the end of the day, they are far more interested, so they say, in what the Bible says. Putting labels before that word “tradition”—whether it be “Great” or “Reformed”—is precarious business sure to distract from scripture or even overcome its message.
In a strange way, I almost prefer to battle with the overt, alarmist “no creed but the Bible” types than this second, more subtle biblicist. At least the former is honest. Disastrous no doubt, but honest. But the latter represents that quiet, almost indetectable cancer that is never caught by a doctor. Concealed, it infiltrates the blood system over years, even decades. When it’s finally identified for what it is everyone stares at the floor in defeat knowing it’s much too late. “You have three months to live,” says the helpless physician, conquered by a battle he never had the chance to help his patient fight.
Why is this more subtle form of biblicism so fatal to the health of the ecclesiastical body? It is so threatening because it preys on Christianity by means of a half-truth. It acts as if the past is important; it even encourages dialogue. Yet by the end of the day, its reason for doing so is quite secular: talking to the dead is merely pragmatic. If you find the Nicene Creed or a Calvin or an Augustine helpful, then by all means. That is, as long as they become nothing more than practical, mere aids to what really matters.
Read More

Can Thomas Aquinas save us from (post)modernism? Peter Kreeft and Matthew Barrett

Why does contemporary theology display a historical amnesia towards medieval philosophy? Medieval philosophy is sometimes neglected altogether and where medieval philosophy is discussed today, it is often misunderstood or caricatured in negative ways. One of the more common mischaracterizations is that Thomas Aquinas is a pure rationalist who subverts the Scriptures at the expense of… Download Audio