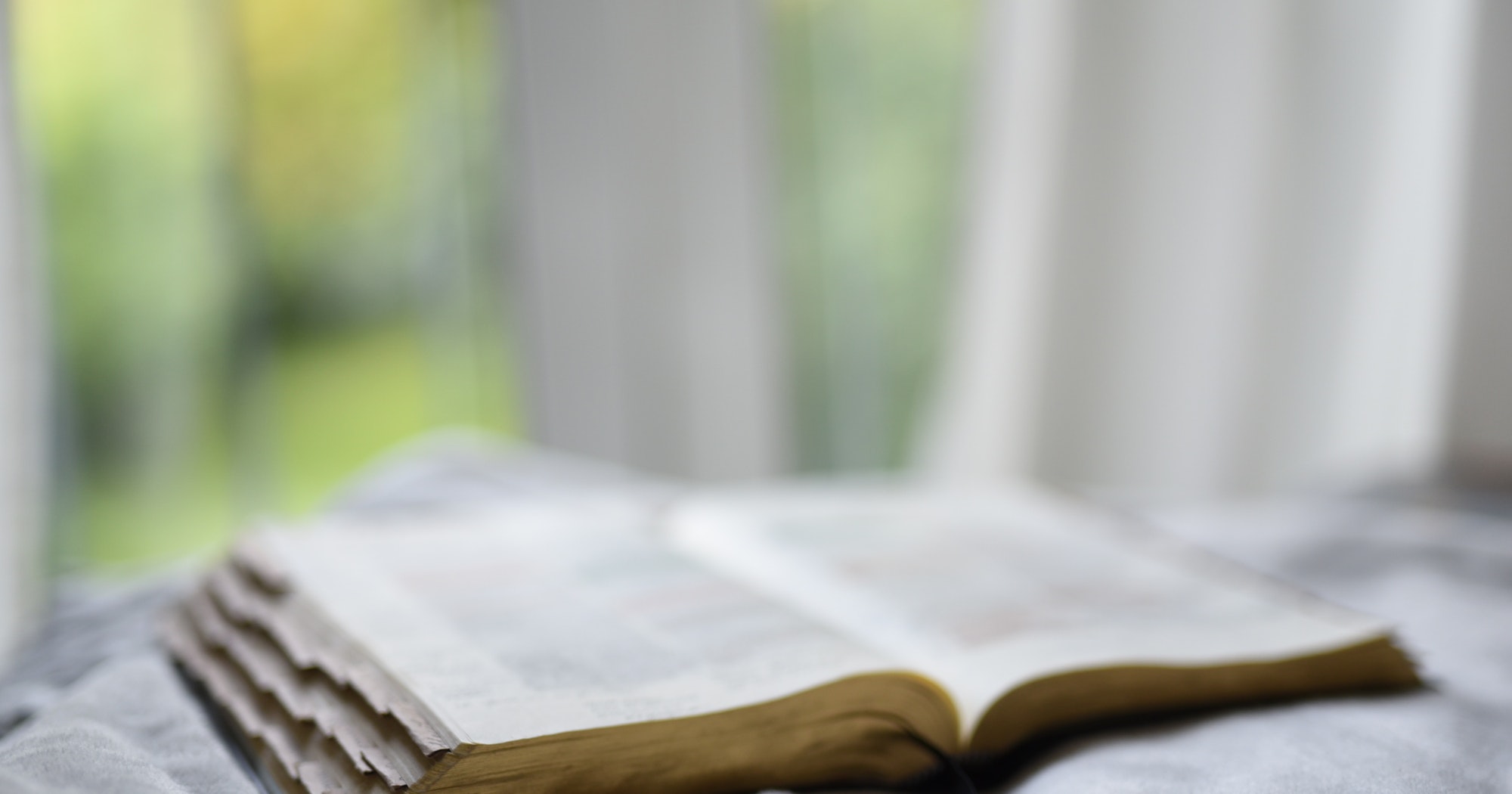 2023 arrives on Sunday. And there’s a New Year’s sermon from 2000 that’s one of my all-time favorites. I try to listen to it annually. It’s a John Piper sermon, and a great one for the start of any new year. In his case, the calendar had just turned from 1999 to 2000. I remember that transition well — a big turn into the future, the 2000s. And it was a little scary too, with Y2K rumors in the air. If you don’t know what Y2K was, find someone who is in their forties or older to explain. It was crazy times.

In that craziness, as the calendar changed from 1999 to 2000, Pastor John turned his church’s focus to Psalm 77. It’s a great text about the importance of God’s word in our daily lives as we endure the ever-changing tumult of a life in this fallen world. We’re going to enter 2023 soaking in Psalm 77 for a few weeks on our Wednesdays together. So feel free to study it and get that psalm deep into you.

Psalm 77 makes the case that we need daily Bible reading. And in this sermon we’re about to hear, Pastor John reminds us that our daily Bible reading is about habit, head, heart, happening. Four things: (1) the conviction to do it, (2) the discipline of getting truth into your head, then (3) the work of getting the truth from your head into your heart, and finally, (4) sticking to realistic practices that will make daily Bible reading possible. We’ll see all four points. Today we look at number 1, the conviction about why we need this habit in our lives. Here’s Pastor John.

I think most of us know that when you look at the New Testament and how it uses the Old Testament, how it handles the Psalms, you can see that the Psalms are the worship book, the songbook, the meditation book of the early church. The early church did not say, “The Messiah has come, and the Spirit has arrived, so we don’t need those old books anymore. We’ve got the Christ; we’ve got the Spirit — we don’t need that letter anymore.”

They knew, they remembered what Jesus said: “I did not come to abolish; I came to fulfill” (see Matthew 5:17). So when they read the Old Testament, they didn’t read it as abolished; they read it as fulfilled. For example, when they read in the Psalms, “Meditate on the law of the Lord day and night” (see Psalm 1:2), they didn’t say, “Ah, this has been abolished. We don’t need to do that anymore.” Rather, they filled up “law of the Lord” and “meditation” with the richer bounty of apostolic teaching and the history of the great deeds of God in Jesus that the early saints before Christ only had with regard to Moses and the prophets.

So they didn’t change the strategy of the way you live a life in God, though the content and much of the knowledge and the arsenal of truth enlarges and changes. So we know that Psalms, like the one we just read, is not an old book to the early church, and it shouldn’t be to us. We shouldn’t read Psalm 77 and say, “Good night — that thing is three thousand years old. So what use does that have? And besides, we’ve got the Christ; and besides, we’ve got the Spirit. We don’t need those old Hebrew ponderings anymore.” That’s not the way to read the Bible (or to neglect the Bible). What we have in that psalm, and what we have in all the Bible, is a strategy of fighting the fight of faith in the midst of the kind of thing this psalmist was experiencing. And you heard it: this psalmist is very discouraged.

Living on the Word

The main thing I want to say this morning is that Christian living is a living on the word of God. That’s my main point. Christian living means living on the word of God. That is, the word is the substance of my communion with God. If I need God, if I want fellowship with God, I commune with him and I fellowship with him through the medium of the word of God. If I want to know him, I know him in his word. If I want him to speak to me, he speaks to me through his word. The word is the material, the fuel, of the relationship.

“Christian living means living on the word of God. The word is the substance of my communion with God.”

If you take the word out of the way, God becomes just a blank zero out there. You might fill him up with your own dreams about what he’s like, but as far as communing with him in the truth that he is, you can’t do it without the word. The word is the substance of the relationship that goes back and forth, carried and enlivened by the Holy Spirit who makes the word live and causes God to stand forth from the word and causes us to come alive to the word and in the word. Christian living is a living on the word of God.

“Man shall not live by bread alone, but by every word that comes from the mouth of God” (Matthew 4:4; see Deuteronomy 8:3). We live by it, we live on it, we feed on it, we rest on it, we stand on it, we walk on it. It is the material of the communion and the fellowship. The vital, living communion we can have today with the risen Christ is a vital union sustained by and shaped by and guided by the word of that Christ as he once spoke it and as is recorded now in a book called the Bible.

Therefore, if you don’t read the Bible daily, and don’t memorize the Bible in part, and don’t linger over the Bible and (to use the words that were just read) meditate on it and remember it and muse on it (see Psalm 77:11–12), if you don’t steep your mind in it, the best you can hope for is a weak Christian life. Weak Christians are vulnerable to false teachings and to all kinds of trendiness. They blow this way; they blow that way.

“If you don’t steep your mind in the Bible, the best you can hope for is a weak Christian life.”

Weak Christians are especially vulnerable to trouble, so that when trouble comes — say, your car gets stolen. One of our brothers called me on New Year’s Eve and said something like, “I came out to my driveway to drive to church to bring a check over, and my car was stolen.” Is that one colossal test or what? He has in his hands money for the church, and God ordains for his car to be stolen. And he brought it another way because he’s strong. I know this man. He’s strong. A weak Christian says, “That’s the way you want to be to me, God? I’ll be this way to you.” That’s weakness.

I don’t want a church full of weak people. I don’t want to be a weak person. You want to be a tree planted by streams of water that bears fruit in season (Psalm 1:3). Its leaves don’t wither in the drought. It doesn’t blow over with all kinds of trendiness. It is there through thick and thin. When the sun is shining, when the rain is pouring, it stands. That’s the kind of saint you want to be. The Christian life is a life lived on the word of God, and it’s intentional. It’s intentional.