Beloved Roads to Bethlehem: Tracing Names of Jesus to Christmas

By Sinclair Ferguson — 1 month ago 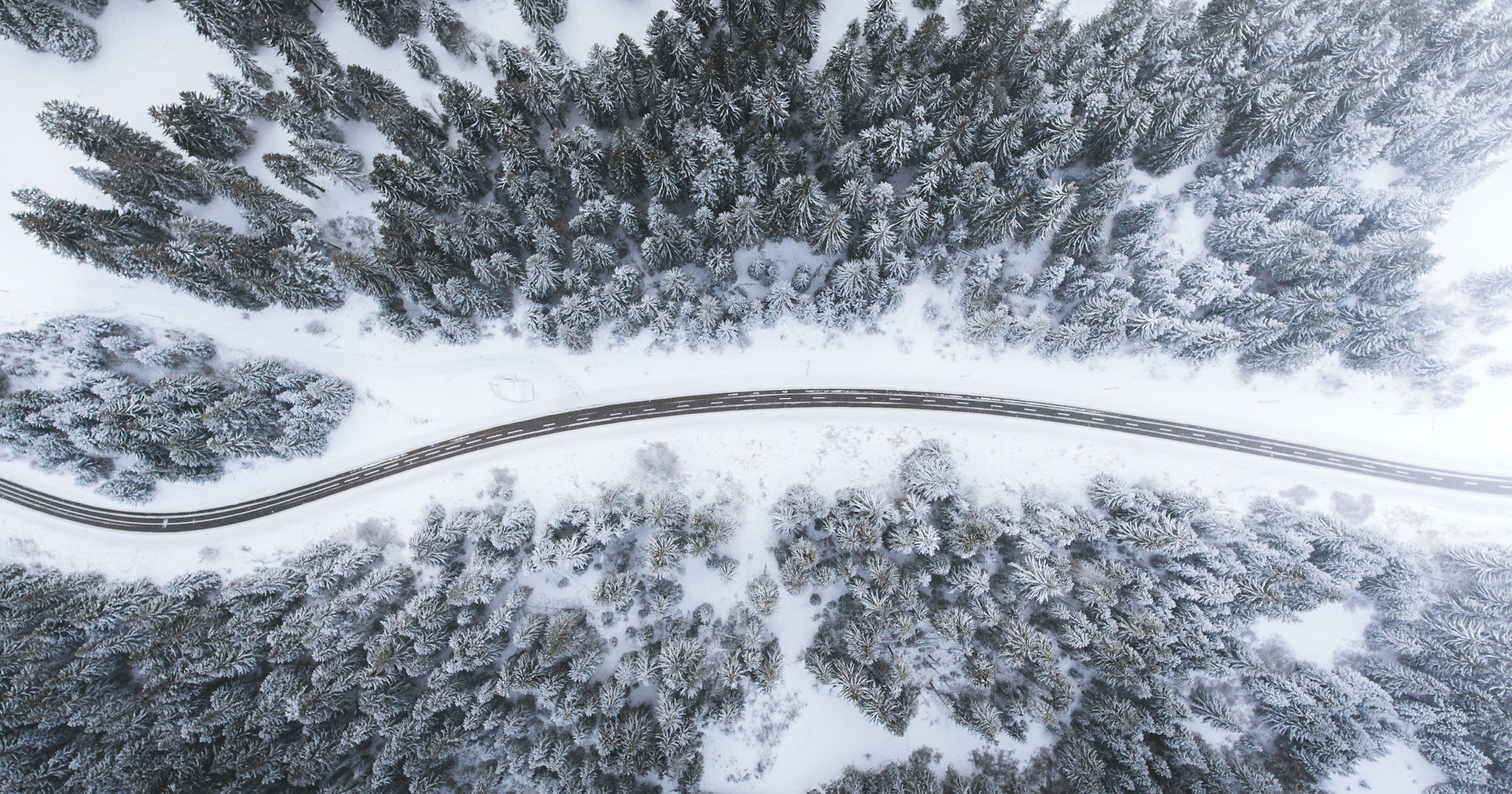 Growing up, our high school held a morning assembly where the senior pupils read the Scriptures to the entire school. It was on such an occasion that one of my friends stood up to read and announced solemnly, “The reading this morning is from the Gospel according to Isaiah.” My heart sank: “O Hugh, you know Isaiah’s not a Gospel; it’s a prophecy!”

Of course, I was technically right; but later I couldn’t help reflecting on my friend’s unintentional insight. He had indeed read from the gospel according to Isaiah, just as again, this Christmastime, in hundreds of thousands — indeed, millions — of churches around the world, the gospel according to Isaiah will be read, and in a multitude of concert halls where Handel’s Messiah will be performed, the words of Isaiah 9:6 will be sung:

For to us a child is born;
to us a son is given;
and the government shall be upon his shoulder;
and his name shall be called
Wonderful Counselor, Mighty God,
Everlasting Father, Prince of Peace.

To Us a Child Is Born

Isaiah may not have known the place and time of arrival, far less the specific identity of the coming Messiah; but according to John he saw Christ’s glory (John 12:37–41). And certainly Isaiah 9 is a glorious description of him.

But that is just the beginning of the wonders in Isaiah 9:6. They run through the four titles this child will possess: Wonderful Counselor, Mighty God, Everlasting Father, Prince of Peace.

The child is to be a “Wonderful Counselor.” That title is often — perhaps usually — understood to mean that the prophesied Christ will be a wonderful counselor to his people. While he is that, some interpreters (like John Owen) have seen a deeper significance in the words and applied them to what theologians have variously called the “counsel of redemption,” or the pactum salutis (the “covenant of peace”), or the “covenant of redemption” between the Father and the Son — the grand plan to redeem us. Thus, the answer to Paul’s question in Romans 11:34, “Who has known the mind of the Lord, or who has been his counselor?” is not “nobody” but “his own dearly beloved Son”!

Yes, the Father sent the Son into the world to be our Savior — but not without or apart from the willing counsel of his Son. Is it too great a stretch to think that before Isaiah answered the heavenly question — “Whom shall I send, and who will go for us?” — it had already been answered by the Son, saying, “My Father, here is my counsel: Here I am! Send me”?

This “counsel of redemption” refers to God’s eternity, and we are capable of thinking of it only in time-bound terms. But marvel at this: the One who comes to be the Wonderful Counselor to us is One who has participated in the counsels of eternity. He was everlastingly the Wisdom of God, but he “became to us wisdom from God” (1 Corinthians 1:30). Since this is the case, let us never doubt this: no matter how deep our perplexity or how mysterious his providence, the counsel given to us by the One who stands in the counsels of God is perfect. For our sake, he took “the likeness of sinful flesh” (Romans 8:3) and in it “increased in wisdom . . . and in favor with God and man” (Luke 2:52) and also “learned obedience through what he suffered” (Hebrews 5:8). No wonder the voice from heaven commends him: “This is my Son . . . listen to him!” (Luke 9:35).

If the Babe born in Bethlehem is the One by whose wisdom the world was created, and through whom and to whom providence is directed, salvation planned, redemption accomplished, and the wisdom of God displayed to principalities and powers, then two implications follow: (1) Saturate your mind and heart in the counsel he gives in his word. (2) Trust this Wonderful Counselor absolutely.

The Messianic Counselor is also “Mighty God.” Too many interpreters have resisted the obvious here — that the child described is clearly a divine person — and have tried to argue that Isaiah’s language is better translated as “God-like Hero.” But apart from other considerations, the same title is used of Yahweh himself in the next chapter (Isaiah 10:21).

Still, the divine Messiah is also heroic, and he does act in heroic ways. This is surely a suggestive line of thought for us today. We live in a world of idols — sports idols, pop idols, and now chiefly the idol Martin Luther said he feared more than the pope and all his cardinals: “the Great Pope Self.” In a world given over to such idolatry, young people need to divert their gaze to heroes whose faith they may follow with joy. Yes, the Lord Jesus is more than any human hero, but he is also our ultimate hero — truly a hero of a God!

In what heroic activities he engages! He is the Divine Voyager who in the incarnation traverses the vast gulf between eternity and time on his mission of salvation. He is the Divine Warrior who is attacked as an infant by Herod, that vile instrument of Satan, but who then enters the lists against his enemy in the wilderness and defeats him. He is the Divine Healer who conquers blindness, lameness, deafness, and dumbness. He is the Divine Life-Giver whose voice the dead hear and live. He is the Divine Lover who shows love to the loveless, the unlovely, and the unlovable. He is the Divine Self-Sacrificer who offers himself on the cross for our sakes. He is the Divine General who leads a host of captives as he ascends in his triumph, and who in the sheer generosity of his grace now shares the spoils of his victory with his people. This is Christ, the mighty Hero-God.

Isaiah also sees that the coming Messiah is the “Everlasting Father.” Perhaps this description makes us hesitate a little and even question how this can be an authentic prophecy of the coming Messiah. How does this fit? After all, Jesus Christ is the Son of God, not the Father.

We need have no hesitation here. In fact, Isaiah has already prepared us for what at first sight may seem to be so paradoxical. He has already told us that “to us a child is born, to us a son is given.” He sees no contradiction, no tension here. And the reason is straightforward. Neither son nor father is all the Messiah is, or only what he is. I have been a son, but I am also a father. This Son is likewise the father of all whom he brings to birth in his kingdom.

If Paul could say to the Corinthians, “I became your father in Christ Jesus through the gospel” (1 Corinthians 4:15), then surely the same may be said of the One who commissioned him. So in these titles, the Divine Messiah is viewed not only in relation to his role in the Trinity (where he is Son and not Father), but in relation to us as the Suffering Servant, of whom Isaiah later says, “He shall see his offspring” (Isaiah 53:10). We have been brought to new life through him. He is the only-begotten Son who begets us by his Spirit. We are the children who have been given to him (Hebrews 2:13).

“In Christ, we find a new father, a true father, and what is more, an everlasting father.”

At Christmastime, it may be especially important for some of us to grasp this. We traditionally think of Christmas as a family time. But by no means do all of us have good memories of Christmas at home, or of family life, or of our father. But in Christ, we find a new father, a true father, and what is more, an everlasting father. He will never cease to be that to us! If father is a term that gives us little pleasure, then let us remember Philip’s request to our Lord: “Show us the Father, and it is enough for us.” Then let us embrace his words: “Whoever has seen me has seen the Father” (John 14:8–9).

To Jesus, then, we must look to dissipate all unhappy thoughts of father; and we must keep looking, keep pressing in, until we have absorbed the constancy of the love of Jesus in whom the love of the Father for us is seen. In coming to him — as a lady once memorably told me — we discover for the first time in our lives that we are really loved.

Finally in this fourfold Name, the Messiah is called “Prince of Peace.” Here we seem to be on familiar Christmas territory. “Glory to God in the highest, and on earth peace,” chanted the heavenly host (Luke 2:14), echoing again the words penned by Isaiah: “Of the increase of his government and of peace there will be no end” (Isaiah 9:7).

But Isaiah could already sense that this peace would be hard won. There would be light instead of darkness, an increase of joy, and a share in the spoils of victory only when “the yoke of . . . burden and the staff . . . and the rod of [the] oppressor” would be “broken as on the day of Midian” (Isaiah 9:4). Enough time for Isaiah to pen another forty-four chapters would pass before he would be able to peer through the mists of future history to see a clearer picture of the Messiah, and to understand that this promised child would grow to be “pierced for our transgressions . . . crushed for our iniquities,” so that “upon him was the chastisement that brought us peace” (Isaiah 53:5).

“Our shalom would be at the expense of his dispeace; our reconciliation is found only in his alienation.”

Our shalom would be at the expense of his dispeace; our reconciliation is found only in his alienation; hostilities have ceased between God and man only because he himself bore the cause of them, our sin, in his own body on the tree (1 Peter 2:24), and there became to the full “despised and rejected by men, a man of sorrows and acquainted with grief” (Isaiah 53:3).

All We Will Ever Need

Let us, therefore, embrace Jesus Christ this Christmas as we find him described in these four titles. For these names represent a full salvation. In the Wonderful Counselor, there is wisdom for us in our ignorance and folly; in the Mighty God, strength for us in our sinful weakness; in the Everlasting Father, a heart standing open to welcome us home; in the Prince of Peace, a shalom that comes only through his sacrifice.

Before he came, Isaiah knew that he would be Wonderful Counselor, Mighty God, Everlasting Father, Prince of Peace. Now that he has come, we know where and when he came and who he really was and is. For we know that he is “the same yesterday and today and forever” (Hebrews 13:8). Nor is that a long-form way of saying that Jesus is eternal. Rather, it tells us that today he is exactly what he was, and everything that he was “in the days of his flesh” (Hebrews 5:7). He is still the same Wonderful Counselor, Mighty God, Everlasting Father, Prince of Peace. You have no reason to mistrust him; you have every reason to believe that he is all you will ever need.

There could be no greater Christmas present than receiving him. There is no greater present you could give to him than yourself.