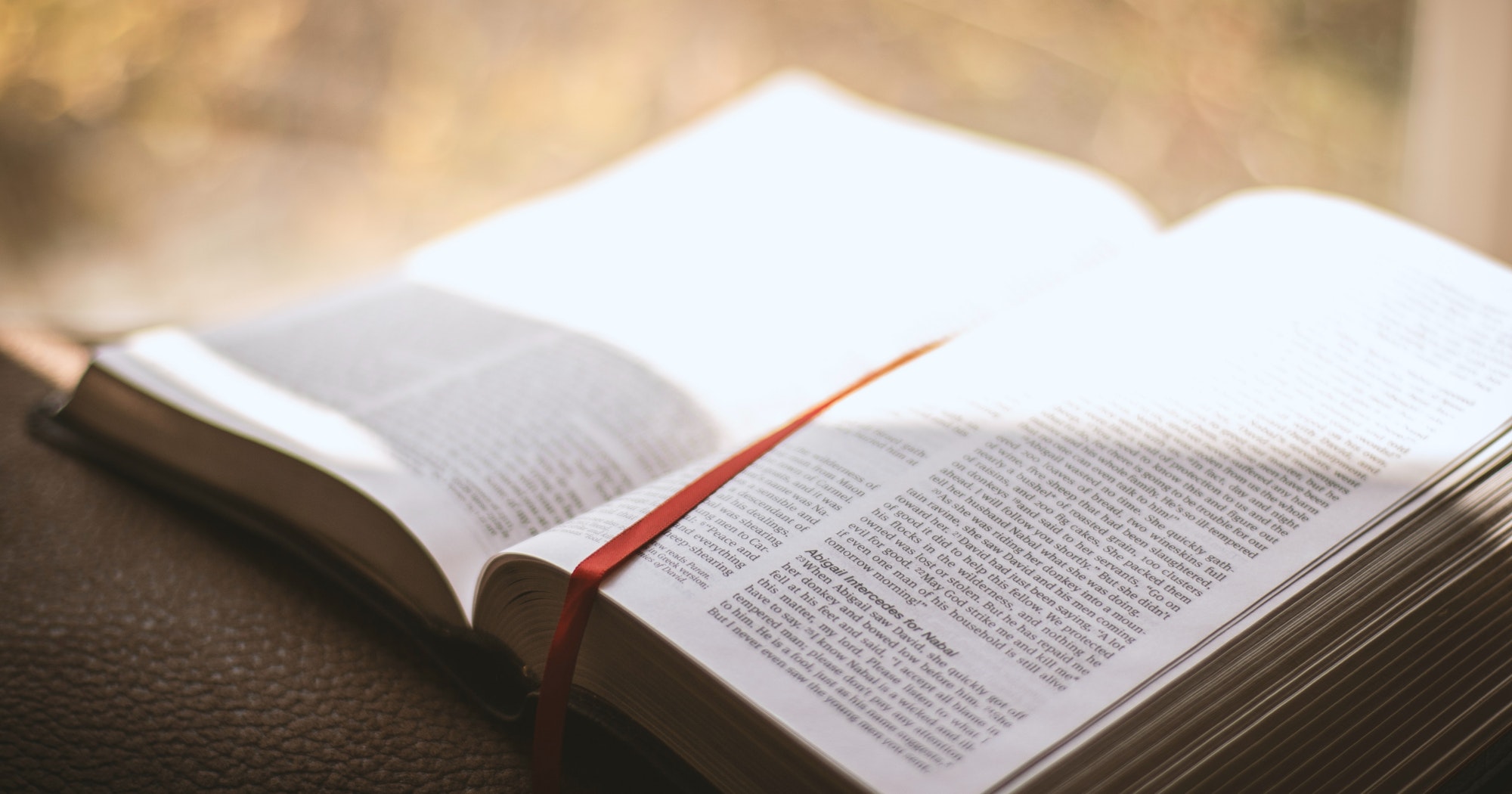 For many Christians, the term Scripture memory means rote memorization of Bible verses. And this conjures up feelings of past failure (over how often they’ve tried and given up), or futility (over how little they recall of what they once memorized), or fear (over memories of having to publicly recite verses).

Who wants to pursue Bible memory if it means more failure, futility, or fear?

No one, if that’s what Bible memory means. But that’s not what it means. It means so much more than rote memorization. And it’s crucial that we see the bigger picture of Bible memory so we understand why it’s so important to the Christian life — why God repeatedly commands us to remember.

Here’s how I describe it:

Bible memory means stockpiling your God-given memory with God-breathed truth (2 Timothy 3:16) so that your God-given imagination can draw from it to construct a more accurate understanding of God-created reality, enabling you to live in “a manner worthy of the Lord, fully pleasing to him: bearing fruit in every good work and increasing in the knowledge of God” (Colossians 1:10).

Let me try to briefly unpack this.

Your memory is amazing. If you’re thinking, “No, it’s not,” you’re probably overly aware of your memory weaknesses. And you probably measure yourself against people with extraordinary memories, like Charles Spurgeon, who, as J.I. Packer described, had “a photographic memory, virtually total recall, and as he put it ‘a shelf in my mind’ for storing every fact with a view to its future use” (Psalms, 4).

“Bible memory means so much more than rote memorization.”

But don’t let phenomenal memories blind you to the marvelous gift of God that is your own memory. Your ability to recall information to your conscious mind is just one function your memory performs. But it does far more than that.

Your memory is a vast library, far more sophisticated than the Library of Congress, where you’ve been collecting information since before your birth. In that three-pound lump of wet grey tissue inside your skull, in ways that remain largely mysterious despite wonderful recent advances in neuroscience, you have stored enormous amounts of information in the form of impressions, sensations, sights, sounds, smells, cause-and-effect observations, propositional statements, stories, and dreams, as well as real, unreal, or anticipated experiences that produce joy, sorrow, pleasure, anger, delight, horror, desire, fear, and on and on. And you draw from this mental library all the time, every day, consciously and unconsciously, to do everything you do.

And more marvelous still is how your memory works with all levels of your consciousness to allow you to imagine.

Why You Understand Anything

By imagination, I’m not talking about our ability to create fantasy worlds in our minds. I’m talking about our ability to draw from our vast store of information and construct an image (or model) of reality, and then draw implications for what it means. That is the primary function of our imagination. It allows us to conceptualize things we learn are true, but cannot see. Which is crucial for those of us called to “look not to the things that are seen but to the things that are unseen” (2 Corinthians 4:18), to “walk by faith, not by sight” (2 Corinthians 5:7).

And what empowers our ability to imagine is our memory.

Augustine, in his jaw-dropping meditations on the human memory in book 10 of his Confessions, explained it this way:

From [my memory] I can picture to myself all kinds of different images based either upon my own experience or upon what I find credible because it tallies with my own experience. I can fit them into the general picture of the past; from them I can make a surmise of actions and events and hopes for the future; and I can contemplate them all over again as if they were actually present. If I say to myself in the vast cache of my mind, where all those images of great things are stored, “I shall do this or that,” the picture of this or that particular thing comes into my mind at once. Or I may say to myself “If only this or that would happen!” or “God forbid that this or that should be!” No sooner do I say this than the images of all the things of which I speak spring forward from the same great treasure-house of the memory. And, in fact, I could not even mention them at all if the images were lacking. (215–16)

It’s our immense memory that provides our creative imagination the information from which to make sense of reality and draw the correct implications. And we can’t imagine anything that isn’t meaningfully present in our memory.

This is why Bible memory so important.

Have you ever noticed how often the Holy Spirit inspired biblical authors to stress the importance of memory? Over and over God commands us to remember his word (for example, Numbers 15:40; Psalm 103:17–18; Isaiah 48:8–11; Luke 22:19; 2 Timothy 2:8). In fact, it would be worth a week of your devotional Bible reading to look up all the texts that mention these words as they relate to what God has revealed to us: memory, memorial, remember, remembrance, remind, call to mind, recall, forget, forgot, and forgotten.

To re-member is to call to mind something we’ve previously learned, something that exists in our memory. We can see such remembering in Lamentations 3:21–23, written while the author was experiencing terrible distress and suffering:

But this I call to mind,
and therefore I have hope:
The steadfast love of the Lord never ceases;
his mercies never come to an end;
they are new every morning;
great is your faithfulness.

The truth that the author called up from his memory, which sustained him in great need, was something he learned prior to his need. And it was something he was learning in more profound ways at that very moment.

That’s Bible memory: calling to mind and keeping in mind biblical truth we’ve learned, so that it expands and deepens our understanding over time, and continues to shape the way we live.

That’s perhaps why the Bible doesn’t say much about rote memorization, but it says a lot about meditation, because meditation is the way we both learn and remember. If you take that week of devotional exploration, it will add to your understanding of how meditation relates to remembering if you look up all the texts that mention these words: meditate, meditation, understand, understanding, know, knowledge, wise, and wisdom.

Biblical meditation (or reflection, rumination, contemplation) takes place when our God-given imagination processes the God-breathed information we store in our God-given memory in an effort to understand, or further understand, God-revealed reality, so that we might live wisely. We can see this process at work in Psalm 119:97–99:

Oh how I love your law!
It is my meditation all the day.
Your commandment makes me wiser than my enemies,
for it is ever with me.
I have more understanding than all my teachers,
for your testimonies are my meditation.

Implicit in this text on meditation (and most others in Scripture) is repetition. We all know from experience that repetition is what drives most information into our long-term memory. And this is the great value of memorization — it is a servant of meditation.

That’s certainly been my experience. Few practices have helped me meditate on Scripture more than memorization. The method I’ve found most effective has me repeating the same section of text over many days. This repetition not only has driven these texts into my long-term memory, but it has given my imagination the opportunity to ruminate on them.

As a result, I’ve gained a deeper, richer understanding of these texts and how they relate to other Scriptures and the world. That’s been the greatest benefit for me. Even though I don’t retain perfect conscious recall of many Scriptures I’ve memorized, meditating on them has woven their meaning and application into the fabric of my understanding. And they do come to mind much more readily, especially in times of need.

Keep the Goal in Mind

stockpiling your God-given memory with God-breathed truth (2 Timothy 3:16) so that your God-given imagination can draw from it to construct a more accurate understanding of God-created reality, enabling you to live in “a manner worthy of the Lord, fully pleasing to him: bearing fruit in every good work and increasing in the knowledge of God” (Colossians 1:10).

“You won’t regret employing this very effective servant of meditation.”

It is a gift of God, a means of grace, to help you meditate on God’s word and bring reality to life.

As someone who struggles with memory weaknesses and who used to believe that Bible memorization wasn’t for me, I strongly recommend memorizing Scripture, especially larger sections. This is something you can do — you really can. You won’t regret employing this very effective servant of meditation.

This is the goal of Bible memory.