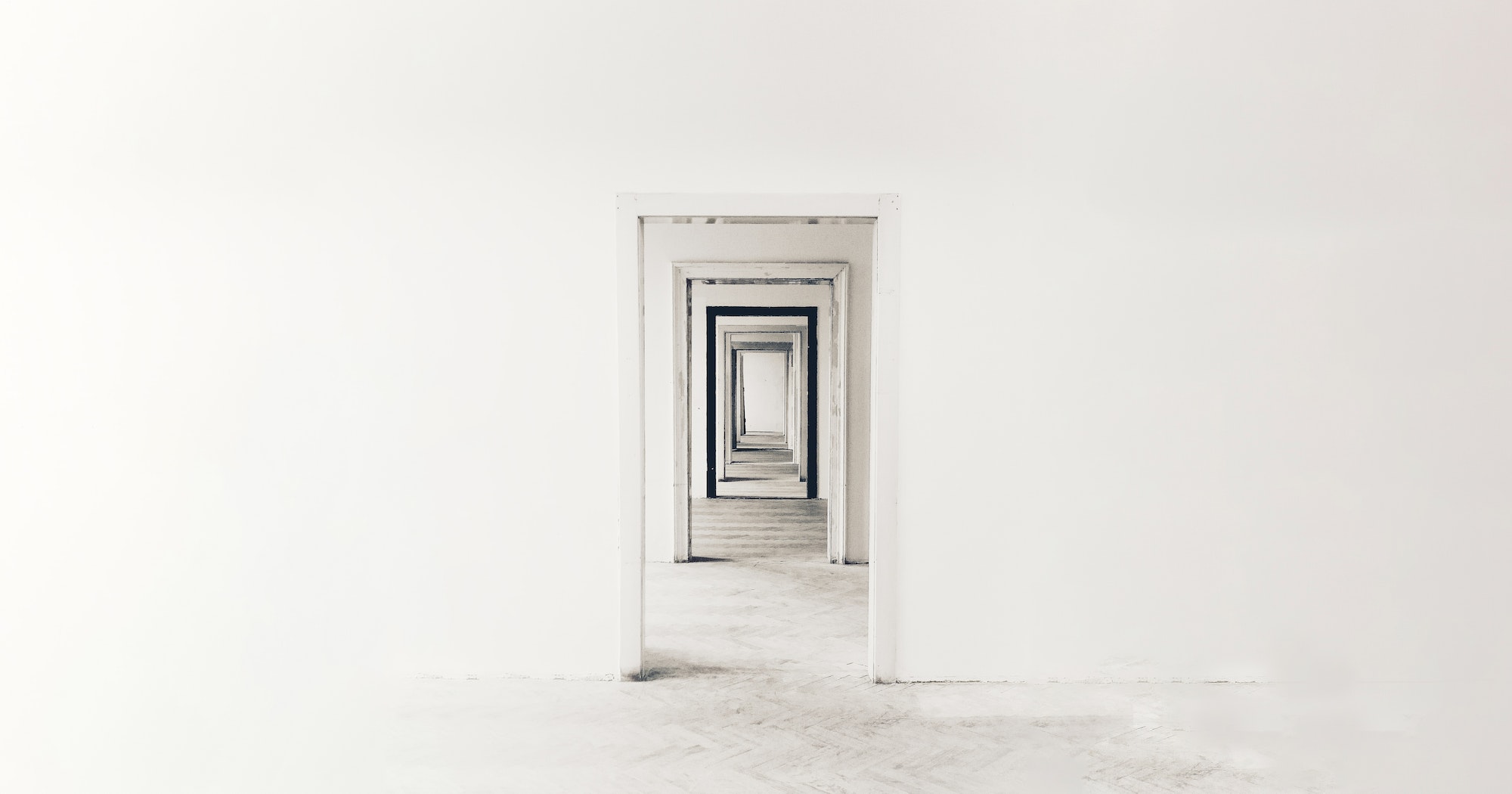 Here’s the email: “Hello, Pastor John! My name is Charlotte, and I live in Yorkshire, England. My question for you has puzzled me for years. In 1 Peter 3:8, Peter urges the exiled Christians to have ‘unity of mind.’” That’s Peter’s exact phrase. “I once heard a preacher say that this ‘unity of mind’ does not, however, mean uniformity. Since then, I’ve struggled to understand the difference. We have basic creeds and confessions that we must all agree on as the very foundations of Christianity. Beliefs otherwise would be heretical. How then can we not have uniformity? What is this ‘unity of mind’? Peter didn’t insert a clause that left this to church leaders only to pursue. So how does the individual Christian pursue this?”

I’ve often shared this perplexity about how unified our convictions, preferences, and opinions as Christians should be. But I’ve gotten help, especially in recent years, by distinguishing between, on the one hand, passages that deal with unified convictions or views of God, Christ, or salvation and, on the other hand, passages that deal with a unified mindset. We don’t have a better English word for this Greek idea, so we might call it a unified attitude set or disposition.

I feel warranted in making that distinction not only because there are some peculiar Greek words that Paul uses for mindset that are different, say, from theological convictions, but also because he actually deals with differences of conviction that Christians have without pushing them toward unanimity of conviction (for example, in Romans 14). Rather, he pushes them toward unanimity in a certain mindset about how to handle the differences.

Let me try to illustrate what I mean about the difference between a theological conviction, on the one hand, and unified mindset, on the other hand. For example, in Ephesians 4:11–13, it says that Christ gave pastors and teachers to the church “to equip the saints for the work of the ministry, for building up of the body of Christ, until [this is where it’s all supposed to be moving] we all attain to the unity of the faith and of the knowledge of the Son of God.”

So that’s what I’m referring to when I say that the Bible really does urge us toward seeking theological, biblical unity, a unified understanding of God, and Christ, and man, and salvation, and how to live the Christian life. I think the best strategy for moving toward that goal is to humbly and faithfully immerse ourselves in the Bible, seeking to understand it with all the resources — historically, devotionally, academically — that we can.

And then as we grow, and speak, and preach, and teach, and write, and live that truth, as we see it more clearly, we pray earnestly that God would bring more and more people into a true understanding of his word.

But I don’t think that’s what Peter is referring to in 1 Peter 3:8, which is what Charlotte asks about. In 1 Peter 3:8, and in most places in the New Testament which refer to being “of one mind,” the idea is not mainly to urge us toward identical convictions, as good as that is, but toward a common, unified mindset or attitude.

Here we bump into those peculiar Greek words that I mentioned earlier. There’s this amazing Greek word that takes on lots of meanings when it combines with different prefixes. For the few Greek readers who listen to us, the stem I’m talking about is phron, like phroneō or phrones. The basic idea that phron conveys is “mindset,” or we could say “attitude set,” since we don’t have a word for it in English. It’s not just a way of thinking, but a combined way of thinking and feeling, or a combination of conviction and disposition.

For example, here are some of those combinations where the meaning is changed when you put the prefix on the front:

It’s amazing, that word. It does amazing service in the New Testament when talking about how we think and feel. Now, the point is simply to say that this stem phrones or phroneō is not mainly referring to ideas or viewpoints. It’s mainly referring to particular dispositions, or mindsets, or attitudes.

Now here we are in 1 Peter 3:8, which reads like this: “Finally, all of you, have unity of mind” — homophrones: one mindset, a unified, similar mindset. And then he goes on, saying, “. . . sympathy, brotherly love, a tender heart, and a humble mind” — which is tapeinophrones. Homophrones, unity of mindset, is at the beginning of the list, and tapeinophrones, humble mindset, is at the end.

I feel especially confirmed in putting those two together, the word at the front and the word at the back of the list, because we find an amazingly similar combination of words in Romans 12:16. The ESV says, “Live in harmony with one another.” Literally, it says, “Be of the same mindset [homophrones] toward each other.” And then he explains, “Do not be haughty [that is, don’t have a self-exalting mindset, huperephronentes], but associate with the lowly. Never be wise in your own sight.”

“The call to unity of mind is defined by Paul and by Peter as a humble mindset, not a self-exalting mindset.”

Then probably the most important passage of all in the New Testament on the unity of mind or mindset is Philippians 2:2–5. It’s a remarkable sequence of thought. Paul says, “Complete my joy by being of the same mind [that is, having the same mindset], having the same love [which defines the mindset as a loving one], being in full accord [that is like him saying, ‘I’m with you heart and soul,’ just like in Acts 4:32, where it says the church was ‘of one heart and one soul’] and of one mind [that is, one mindset].”

So having called them to one mindset, one love, he lays out the nature of the mindset in three steps, and this just goes right to the heart of the Christian life and what it means to be unified in this way:

And then he unfolds that glorious display of service, and sacrifice, and self-emptying, and humility that Jesus did when he left his Father’s throne and became man.

“What’s being stressed in these texts is the same mindset, the same disposition of heart, the same attitude.”

So the unity Paul and Peter are calling for in these texts — namely, Peter in 1 Peter 3:8 — is focused not on having the same opinions, though there’s a level at which that really matters. But rather, what’s being stressed in these texts is the same mindset, the same disposition of heart, the same attitude — namely, a lowly, sacrificial servant-heart for others.

Knit Together, Not Quarrelsome

Romans 14:2 says, “One person believes he may eat anything, while the weak person eats only vegetables.” They just can’t get it together in Rome. They don’t agree. And Romans 14:5 says, “One person esteems one day as better than another, while another esteems all days alike.” They’re just stuck. It’s a disagreement, and it’s not going away.

I’m sure Paul really would prefer that they all agree on these things because that would make life a lot easier, but they don’t. And his primary approach to that problem is not to get them all to agree, at least not in Romans 14. Well, what does he do? He does several unusual things, and you need to read the whole chapter to see all the ways he approaches this. I’ll only mention one thing he does, when he goes right to the heart of the matter. He penetrates to a common mindset that knits their souls together.

My conclusion for Charlotte’s question that she asked us is that theological, biblical unity of conviction is important, and we should pursue it, as Paul and Peter often did in their writings. The very existence of their writings is a pursuit of that kind of unity.

Nevertheless, just as often as they explicitly said things about that, Peter and Paul press us toward unity of mindset, or unity of attitude set, or unity of disposition that is marked by humility, and sacrificial service, and a Christ-exalting motive for all we do. That’s the unity that he’s talking about in 1 Peter 3:8.