By Joe Rigney — 9 months ago 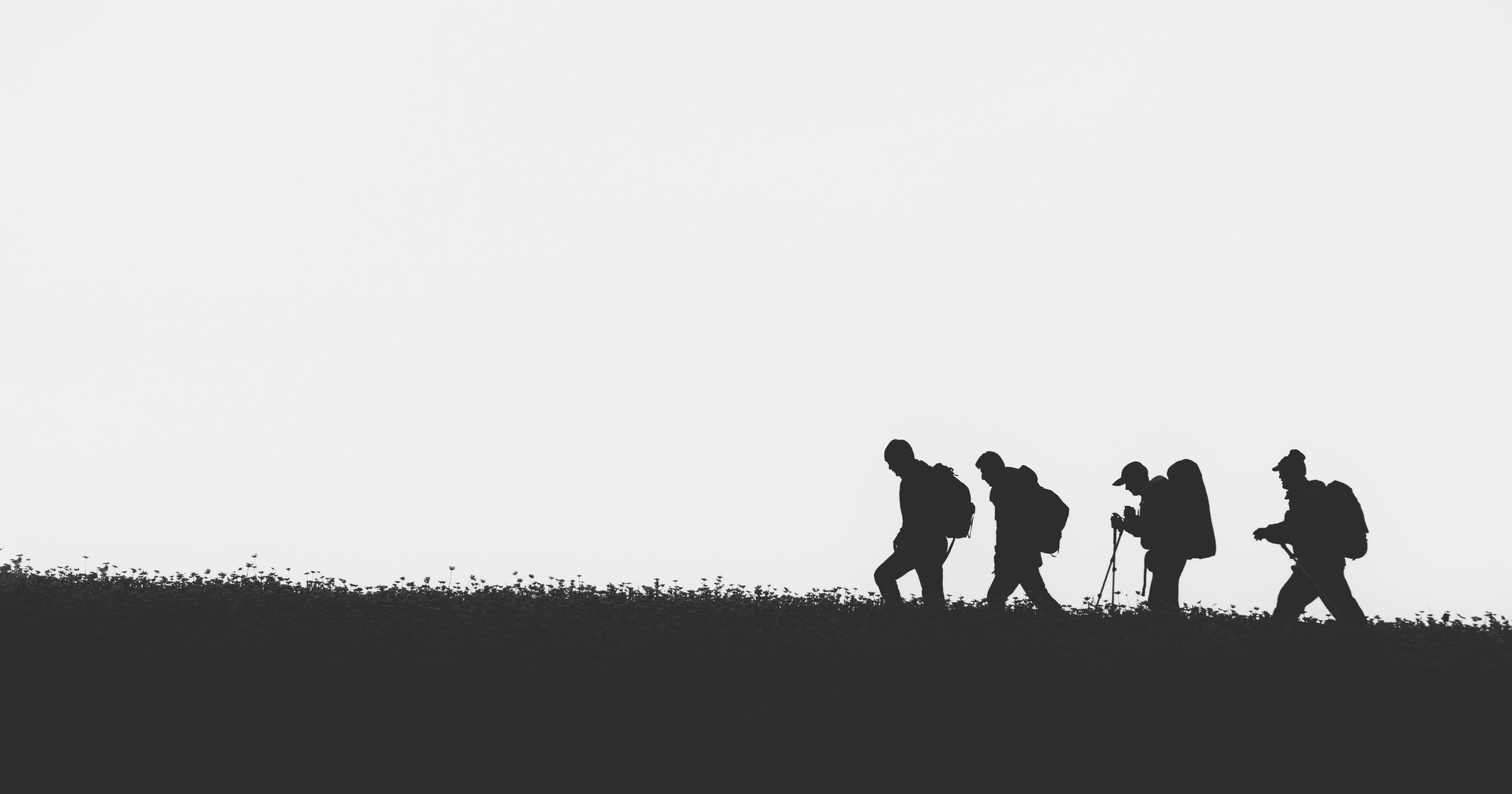 What is Christian boldness? For some, the phrase conjures images of bravado, machismo, and swagger. For others, the phrase signifies a vague sense of courage and conviction in the face of opposition.

The fourth chapter of Acts provides an unusually clear picture of Christian boldness. The noun for boldness (parrēsia) appears three times in this one chapter (and only twice more in the rest of Acts) and here sets the context for Luke’s use of the verb speak boldly (parrēsiazomai) seven times in the coming chapters. He apparently intends for us to see the events of this chapter as a particularly poignant example of Christian boldness. By examining them, we can see not only what Christian boldness is, but where it comes from, and how we can cultivate it for ourselves.

The word first appears in Acts 4:13: “Now when they saw the boldness of Peter and John, and perceived that they were uneducated, common men, they were astonished.” What had the Jewish leaders seen that so shocked them?

Recall that Peter and John had been arrested following a miraculous healing at the temple (Acts 3:1–4:4). Peter had healed a man lame from birth, amazing the crowds. He followed the healing with an evangelistic sermon to the gathered crowd. The sermon is interrupted by the Jewish leaders, who, annoyed by the apostolic teaching, arrest the apostles and throw them in prison overnight.

The next day, Peter and John are brought before the entire council, including the high priest and his family. The rulers demand to know how Peter and John were able to do this miracle. And then Peter responds with the words that surprise the Sanhedrin and show us the meaning of boldness.

First, their boldness shines in a hostile context. The gathering of the entire council seems to be an attempt to intimidate these uneducated, common fishermen. Here are the elite, the educated, the men who have power. It is they who ask, “What do you have to say for yourselves?”

No doubt other uneducated men had stood before them and shivered, looked pale, and found their tongues tied in the presence of these religious leaders. But not Peter and John. Their answer to the accusatory question is as clear as a bell. “Let it be known to all of you . . . ,” Peter says (Acts 4:10). One imagines him lifting up his head and his voice so that he can be clearly heard by those in the back. This fisherman is unmoved in the presence of these leaders.

Second, their boldness manifests in their clear testimony about Jesus. It is by his name that the man was healed. It is by his name (and his name alone) that any man can be saved. This Jesus, whom God raised from the dead, is the cornerstone, and there is salvation in no one else (Acts 4:10–12). Thus, clarity about Jesus, and his power to heal and save, is at the heart of Christian boldness.

Finally, their boldness is displayed in their clarity about sin. This man, “Jesus Christ of Nazareth, whom you crucified . . . this Jesus is the stone that was rejected by you” (Acts 4:10–11). You rulers, you who purport to be the builders of Israel, rejected him, the cornerstone who has become for you a stone of stumbling and rock of offense. Here is a turning of the tables. Peter and John are the ones on trial; they have been arrested. And yet here they accuse and condemn the powerful men who not a few months earlier had killed Jesus himself.

“Christian boldness is courage and clarity about Jesus and sin in the face of powerful opposition.”

So then, what is Christian boldness? It is courage and clarity about Jesus and sin in the face of powerful opposition. It is plain and open speech with no obfuscation or muttering. It is unhindered testimony to the truth, whether about Christ and his salvation, or about what he came to save us from.

Obey God Rather than Men

This understanding of boldness is confirmed if we consider the next chapter, when Peter and John are again arrested and hauled before these same leaders for their refusal to stop speaking in the name of Jesus.

The high priest questioned them, saying, “We strictly charged you not to teach in this name, yet here you have filled Jerusalem with your teaching, and you intend to bring this man’s blood upon us” (Acts 5:28). But Peter and the apostles answered, “We must obey God rather than men. The God of our fathers raised Jesus, whom you killed by hanging him on a tree. God exalted him at his right hand as Leader and Savior, to give repentance to Israel and forgiveness of sins. And we are witnesses to these things, and so is the Holy Spirit, whom God has given to those who obey him” (Acts 5:29–32).

“You have filled Jerusalem with your teaching.” What teaching? The teaching about the resurrection of Jesus. The apostles are preaching the lordship of the risen Jesus. “God exalted him at his right hand as Leader and Savior, to give repentance to Israel and forgiveness of sins” (Acts 5:31). That’s what every sermon in Acts is about. God raised Jesus. God exalted Jesus. Jesus is Savior. Jesus is Lord. Jesus forgives sins. There is no other name by which we can be saved. This is the message the apostles preach in defiance of the Sanhedrin’s threats. They are determined to fill Jerusalem with the good news about who Jesus is and what God has done through him.

But not only teaching about Jesus. They also preach clearly and courageously about sin, and in particular the sin of betraying, rejecting, denying, and murdering Jesus. “You intend to bring this man’s blood upon us,” the high priest says (Acts 5:28). You’re trying to blame us for killing him. “That’s exactly right,” responds Peter. “You killed him by hanging him on a tree” (Acts 5:30).

It’s remarkable how often the apostles strike this note, in Jerusalem no less, only a few months removed from the crucifixion itself. The unjust death of Jesus is fresh, and yet the apostles make it a repeated and central note in their preaching, both to the crowds and to the Jewish leaders.

This Jesus, delivered up according to the definite plan and foreknowledge of God, you crucified and killed by the hands of lawless men. (Acts 2:23)

God has made him both Lord and Christ, this Jesus whom you crucified. (Acts 2:36)

The God of Abraham, the God of Isaac, and the God of Jacob, the God of our fathers, glorified his servant Jesus, whom you delivered over and denied in the presence of Pilate, when he had decided to release him. But you denied the Holy and Righteous One, and asked for a murderer to be granted to you, and you killed the Author of life, whom God raised from the dead. To this we are witnesses. (Acts 3:13–15)

By the name of Jesus Christ of Nazareth, whom you crucified, whom God raised from the dead. . . . This Jesus is the stone that was rejected by you, the builders. (Acts 4:10–11)

And this clarity and courage about the particular sin of killing Jesus is one part of the larger apostolic clarity about all sin and the need to repent.

Repent and be baptized every one of you in the name of Jesus Christ for the forgiveness of your sins, and you will receive the gift of the Holy Spirit. . . . Save yourselves from this crooked generation. (Acts 2:38, 40)

Repent therefore, and turn back, that your sins may be blotted out. (Acts 3:19)

God, having raised up his servant, sent him to you first, to bless you by turning every one of you from your wickedness. (Acts 3:26)

“Every one of you [turn] from your wickedness.” Not your neighbor’s wickedness. Not the wickedness of those people over there. Your wickedness. This is Christian boldness — clearly and courageously testifying to the resurrection of Jesus and the need to repent, both in general and in the specific ways that we have rebelled against God.

Dare to Be Specific

There is a perennial temptation for Christian preachers to gather a crowd and preach about all the sins “out there.” But faithfulness and boldness demand that we address the sins actually present in whatever room we find ourselves. And if we ever wonder which sins we ought to boldly address, we can simply ask which sins we’re tempted to ignore and minimize. Which sins do we tread lightly around? Where are we tempted to whisper? That context requires Christian boldness.

How Can We Grow in Courage?

But not only the Holy Spirit. The Jewish leaders, in recognizing the apostolic boldness, recognized that Peter and John “had been with Jesus” (Acts 4:13). And while this no doubt refers to their engagement in Christ’s earthly ministry, it contains a word for us today.

We too, if we wish to be bold, must be filled with the Spirit and abide with Jesus. And the book of Acts shows us not merely the ultimate source of Christian boldness, but also the means for growing in it. After Peter and John are released and warned to no longer speak in the name of Jesus, what do they do?

“They went to their friends and reported what the chief priest and elders had said to them. And . . . they lifted their voices together” (Acts 4:23–24). Christian boldness is not an individualistic affair. It comes from gathering with God’s people to seek his face together.

“Sovereign Lord, who made the heaven and the earth and the sea and everything in them . . . look upon their threats and grant to your servants to continue to speak the word with all boldness” (Acts 4:24, 29). Boldness comes to those who ask the Almighty Maker of heaven and earth for it. The Spirit fills them with Christian boldness because they petition the throne of grace to bestow it generously.

3. Ask God to make good on his promises

In their prayers, they repeat back to God what God has said. They quote Psalm 2 and celebrate God’s royal victory in Jesus. Christian boldness is a boldness built on the word of God.

4. Look for God’s Hand and Plan