Do Unbelievers Get a Second Chance After Death?

By John Piper — 2 weeks ago 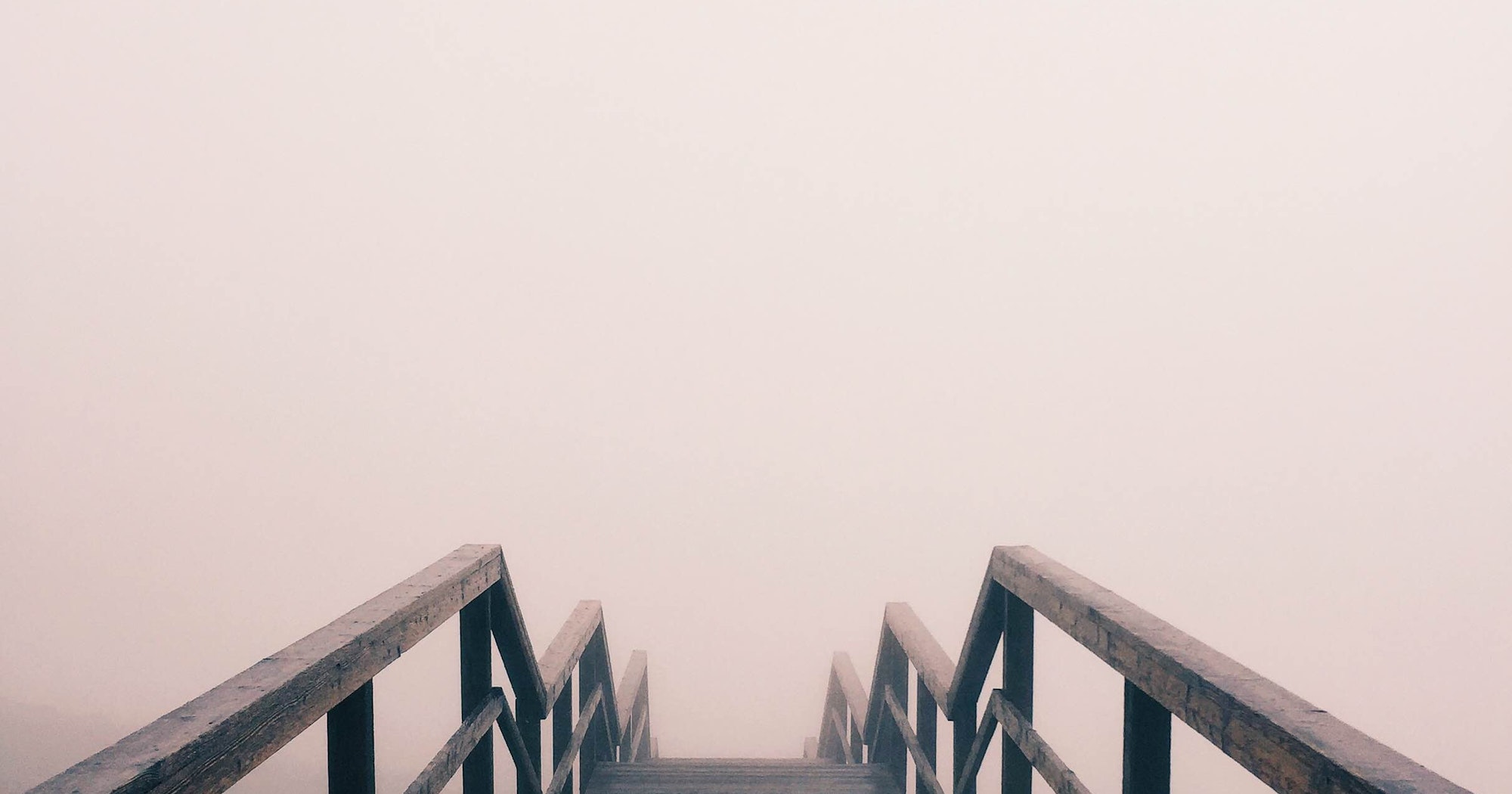 Do unbelievers get a second chance at salvation after death? This is a common question in the inbox. It’s an important question. It’s so important that two people asked the same question, at the same time, inspired by the same biblical text. “Hello, Pastor John, my name is Florin. I’m Romanian but live in London. I have asked a few different pastors, but they could not give me an answer. Can you explain 1 Peter 3:19–20 and 1 Peter 4:6, this idea that the gospel was preached to the dead? Thank you!” And the question also recently came from a listener named Jason. “Pastor John, could you please explain 1 Peter 3:19 to me? I’ve heard so many explanations for what Jesus was doing and why he was there. Some go so far as to imply a second-chance salvation. Is there one?”

I’ve returned to 1 Peter 3:19 over and over in the last fifty years, and I have to admit that I don’t have complete confidence that I know for sure what Peter is referring to when he says that Christ in the spirit preached to those who are now in prison. Here’s what that verse says so everybody can be up to speed with us.

Christ also suffered once for sins, the righteous for the unrighteous, that he might bring us to God, being put to death in the flesh, but made alive in the spirit, in which [that is, in that spirit] he went and proclaimed to the spirits in prison, because they formerly did not obey, when God’s patience waited in the days of Noah, while the ark was being prepared, in which a few, that is, eight persons, were brought safely through water. Baptism, which corresponds to this, now saves you, not as a removal of dirt from the body, but as an appeal to God for a good conscience, through the resurrection of Jesus Christ, who has gone into heaven and is at the right hand of God, with angels, authorities, and powers having been subjected to him. (1 Peter 3:18–22)

Now, I read the whole thing because the context is going to make a difference in the various interpretations that are put forward.

Here’s what Martin Luther said about this text: “A wonderful text is this, and a more obscure passage perhaps than any other in the New Testament, so that I do not know for a certainty just what Peter means.” That’s Martin Luther. That’s pretty much the way I feel as well. I don’t know for certain. So I’m going to mention the three main interpretations, tell you the one I lean toward and why, and then step back and say a word about handling texts where you’re not sure all that it means.

Hope for the Dead

So here’s the first one. One interpretation is that, between Good Friday and Easter, those days, Christ in the spirit, in his spirit, went to the place of the dead and preached. This is linked then to Ephesians 4:8, where it says that “when he ascended . . . he led a host of captives” (Ephesians 4:8; cf. Psalm 68:18). So he led Old Testament saints out of the temporary place of the dead with him into heaven.

Now this may well be the right interpretation, but it does seem odd to me that the focus of Jesus’s preaching would seem to be limited to those who did not obey in the days of Noah. If the reference is to all the Old Testament saints — and the fact that they disobeyed is an odd way of referring to them as well — then I’m still puzzled. That may be right. I’ve got good friends who hold that view. It’s a pretty traditional view.

Here’s the second one. Another interpretation argues that the preaching of Jesus after the crucifixion refers to his ascended proclamation of victory over those angelic forces referred to at the end of the passage: “with angels, authorities, and powers having been subjected to him” (1 Peter 3:22). This view says that the spirits in prison are the evil angels in prison for their disobedience, and Jesus is simply announcing after the resurrection his victory over them.

And again, that may be right. I’ve got a good friend who wrote a commentary who thinks that’s the right interpretation. But I have a hard time following Peter’s thought from the days of Noah to that conclusion.

Preaching Through the Prophets

Here’s the third view, and it’s the one I have leaned toward. I’ve circled back to it again and again. The view that I keep coming back to seems attractive to me because the strangeness of this text has already been set up for us by the strangeness of another text back in 1 Peter 1. Here’s what 1 Peter 1:10–11 says: “Concerning this salvation, the prophets who prophesied about the grace that was to be yours searched and inquired carefully, inquiring what person or time the Spirit of Christ in them was indicating.” That’s amazing. He’s talking about what the Spirit of Christ in them — in the prophets like Noah, perhaps — “was indicating when he predicted the sufferings of Christ and the subsequent glories.”

So Peter has already prepared us for thinking that, during the Old Testament, Christ in his Spirit went and preached through the prophets. First Peter 3:19 can very legitimately be translated to say that Jesus, “In the Spirit, having gone to the spirits who are now in prison, proclaimed to them in the days of Noah . . .”

“The very Spirit that raised Jesus from the dead was the Spirit in which he had gone and preached through Noah.”

On this interpretation, there’s no preaching to the dead between Good Friday and Easter. Whether that happened or not, I’m saying that’s not what this text is about. Instead, there’s a reference to the fact that the very Spirit that raised Jesus from the dead was the Spirit in which he had gone and preached through Noah to the world of Noah’s day. Most people were disobedient, and they’re now in prison, awaiting their final judgment.

Now, it seems to me that this interpretation has the advantage of making good sense out of why there is a focus on Noah and the people of his day. Why did Noah even come to Peter’s mind at this point in the argument? What brought him to mind as he was writing this text?

Now, I said that I would try to explain how I think about handling texts where I’m not clear on some things. Well, in this case, what I do is step back and look at the larger flow of Peter’s thought and ask, “What’s he trying to do in 1 Peter 3:18–22? Why did the issue of Noah, and the disobedience of so many people, and the salvation of so few in the ark — namely, eight — why did that even come to his mind?”

And I think the answer is that the churches that Peter was writing to were very small and insignificant in comparison to this gigantic Roman Empire. Most in that empire were being disobedient to the gospel in Peter’s day. The salvation of such a few people in this huge Roman empire caused Peter to think of the days of Noah, when only eight people came safely through the waters of judgment. And Peter says over in chapter 4 that, in his day, it’s time for judgment to begin with the household of God, similar to the days of judgment in Noah’s day (1 Peter 4:17).

“The whole world may laugh as in the days of Noah, but by faith we come safely through the judgment.”

And as he ponders this parallel between the salvation of a few in Noah’s day and the salvation of a few through baptism in his own day, it strikes him, perhaps — as he thinks back on 1 Peter 1:10–11, where Christ was preaching through the prophets in the Old Testament — that it might be helpful to mention that the analogy between Noah’s day and his own day is even fuller and deeper than the people might think. In other words, the analogy is not just that vast numbers of people were unbelieving and disobedient in Noah’s day, just like they are in Peter’s day, and only a few were saved through the ark, just like only a few were being saved through the waters of baptism. The analogy also extends to the fact that Jesus himself — by the Spirit, through Noah — was preaching in the days of Noah, and Jesus is preaching by the Spirit through the apostles in Peter’s day.

Saved Through the Waters

So even if I’m wrong about my understanding of the details of Christ preaching through Noah to the world of his day, I think this bigger picture is right. That’s what I meant when I described trying to understand what you do with the text if you don’t understand all the details. What’s the bigger picture that you can see clearly? I think it’s right and has a huge significance for that day and for ours.

Noah came to Peter’s mind because only a few were saved in the ark under God’s judgment. And now salvation through faith, through baptism, is like that. Through water, God saves his people, whether few or many, at any given time and place. And we should rejoice that Christ died to bring us to God through his judgment. The whole world may laugh, as in the days of Noah, but by faith we come safely through the judgment.