Every Other Way Leads to Death: Why We Keep Sharing Christ 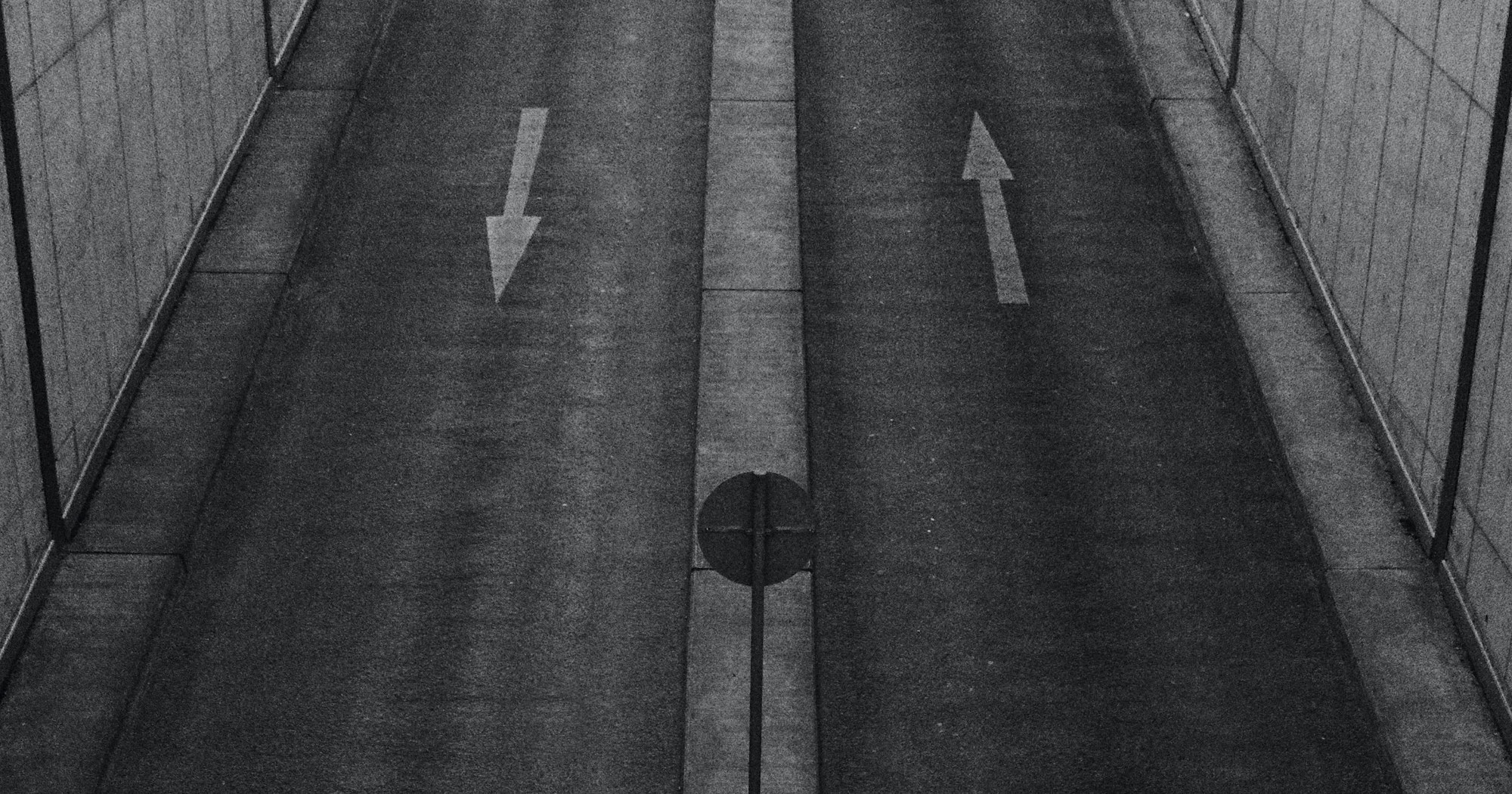 A man sat along the road where one path broke into ten. A deep fog rested upon the land so no traveler could perceive each path’s end.

The man’s King, before going off to his kingdom, told the man the end of each. One path led to a den of lions. One to a cliff with jagged rocks at the bottom. One through a forest with bloodthirsty beasts. Another to a swamp with inescapable quicksand. Still another to a tribe of cannibals. And the unsavory reports continued in this fashion. Only one led to the King’s kingdom. His charge was simple: warn others away from destruction and toward the path of life.

A young man first crossed his path. “My friend, I have good news for you,” he said to the traveler. “The King of this world sent me to help you along. This path here, of the ten before you, alone is safe. And not only safe, but it leads directly to the King and his kingdom — a kingdom where you will be received, robed, and reconciled by his incredible mercy. The other paths — as the King has most solemnly recorded in his book — lead to certain ruin.”

To his amazement, the passerby completely ignored his pleadings. A woman upon his arm held his ear, bidding him to follow another of the ten paths. “Sir! Come back! That way is the path of death! Come back!” he cried until the man faded from sight. The servant sat down in silence for hours. What should I have done differently?

The second traveler, this time a young woman, paused momentarily to hear what he had to say. She considered the prescribed way, saw it was both narrow and hard, and without much more thought chose against it, telling him not to worry; she would be fine.

The sight of the next travelers forced the horror of that woman’s end from his mind. A husband and wife approached (hardly speaking or looking at one another). This couple, as self-confident as they were unhappy, met his royal invitations with a sharp rebuke.

“‘But what will they think of me?’ has lodged the name of Christ in many throats.”

“Hypocritical and judgmental,” the husband added.

“Love,” the woman said without stopping, “lets others travel their own path for themselves by themselves, and does not force one’s own way upon anyone.”

He tried to tell the back of their heads that it was not his way but the King’s, yet they paid no mind. Hand in hand, they walked toward the cliff, mocking such a fool upon the road.

Days went by after this fashion. Each encounter weakened his pleadings. The mission that he began with a royal sense of privilege soon waned into callousness, confusion, and apathy. Family, friends, colleagues, and strangers now pass by, all stepping upon their chosen path. He gives but a feeble smile at the unsuspecting people who embark upon their preferred way to perdition.

I have felt like this servant of the King.

I have often asked with Isaiah, “Who has believed what he has heard from us? And to whom has the arm of the Lord been revealed?” (Isaiah 53:1) The temptation to compromise finds me in my defeat, whispering, “Is it really worth it?” or, “Did God really say that the gospel is the power of God for salvation?”

Add to this whisper the fleshly impulse to avoid conversations that can easily lead to awkwardness or rejection. Some of us, myself included, heed the voice telling us that “going there” is neither polite nor promising, rather than the voice telling us to share the only name given under heaven by which they must be saved (Acts 4:12). But what will they think of me? has lodged the name of Christ in many throats.

Now add to these challenges the sweet words in our day about “tolerance” — words that regularly convince Christians to consent to compromise while person after person passes by on the road to ruin. While Jesus didn’t blush to tell people that he alone was the way, the truth, and the life (John 14:6), we often fail to pass along the life-saving message we have been given.

If you are considering which path to take and desire the King’s perspective, here you have it: Jesus alone is the way, the truth, the life; he alone is the mediator between God and man (1 Timothy 2:5); he alone brings reconciliation to sinners (Colossians 1:20); he alone reveals God perfectly (Hebrews 1:3); he alone is the resurrection and the life (John 11:25); there is salvation in no one else (Acts 4:12). Two types of paths exist: the way of Christ, and the ways of condemnation (Matthew 7:13). Every path not leading to repentance and faith in Jesus for the forgiveness of sins is a path leading to never-ending death.

God sent his Son into the world of condemned criminals in order to save it and give eternal life to all who believe (John 3:16–18). Jesus is the one name offered to you for your salvation. He is the only one who can take away your sins. Your good works will not spare you; your good character will not shelter you; your good intentions will not clothe your nakedness. The angel of death walks outside; only the door with Christ’s blood painted on the frame can shelter you.

“Two types of paths exist: the way of Christ, and the way of condemnation.”

Consider your path before it is too late. Not choosing a path is a path. Believing that no true paths exist is itself a path. Secularism, materialism, and false religions have paths. Contrast these with the only one that can lead to life, that of Jesus Christ and his gospel.

Politically correct? No. Tolerant? No. Exclusive? Assuredly. Loving? Absolutely. “God shows his love for us in that while we were still sinners, Christ died for us” (Romans 5:8). Will you be a part of the us?

If, on the other hand, you are one of the many men or women at the crossroads, charged by the King to warn and to guide, do not give in or give up; the world needs your voice. Do not bow to the hollow statue that the world has erected and named “Love.” Compromise is love only with respect to self and sin, tolerant only toward the masses going to hell, and accepting only of a cowardice that makes us complicit in condemning those we claim to love.

If we believe our King, we cannot sit silently. If we care for souls, we cannot grow mute. If we love our God’s glory, we must speak. We cannot watch family, friends, and even enemies pass by with indifference.

Eventually, this servant of the King, through considering his own relationship with the King and meditating on the words of his book, revived his trust in the King’s message.

An old man made his way slowly toward him.

“Sir, I have wonderful news for you — and I hope, I pray you receive it. My King has sent me with an urgent message that you, even in your old age, can find eternal life. This path, sir, though hard and with a narrow gate, is the singular path to life. Every other has something worse than death inscribed upon it. Even now, my King awaits, ready to receive you.”

“Why should such a King offer me such a welcome?”

Do not give in. Do not give up. Keep praying for your child; keep speaking the truth in love to that neighbor; keep pointing to Jesus Christ. Do not grow weary of speaking good, for in due season you will reap, if you do not give up (Galatians 6:9).