By Ryan Griffith — 1 month ago 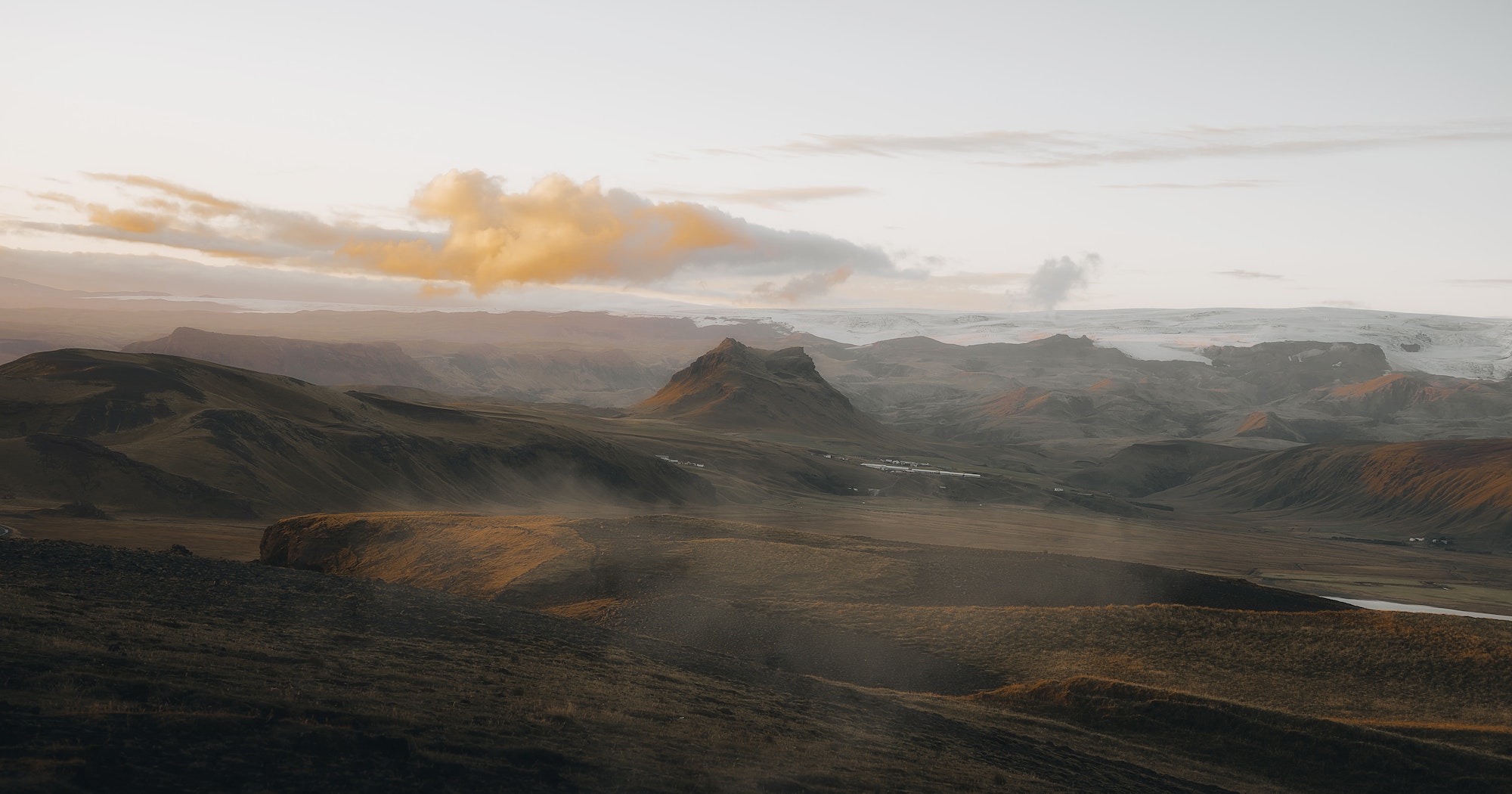 These six words fueled the transformation of global missions — and on a smaller and more personal scale, the vision and direction of my life.

I don’t remember exactly when I first met William Carey (1761–1834), but he has haunted my life since my junior year of college. Like many college students, I had taken a long and winding path before committing myself to membership in a local church. But when I found a church home, God opened a river of grace to me — and launched perhaps the most transformative period of spiritual growth in my life. One tributary was a providential encounter during my senior year with a set of excerpts from Carey’s pamphlet An Enquiry Concerning the Obligation of Christians to Use Means for the Conversion of the Heathen (1792).

I read excerpts from An Enquiry for a national course on Christian missions my church hosted on Wednesday nights. As with many eighteenth-century writings, the title was intimidating. But what I found inside was captivating.

From Suggestion to Commission

In addition to a review of global missions from the apostles to the present day, Carey (an almost entirely self-educated bi-vocational pastor) had compiled statistics on the state of global evangelization on every continent.

Most powerfully, Carey concisely captured the beauty of the gospel before addressing nearly every excuse that could be given for not taking up Jesus’s commission of making disciples of all nations (Matthew 28:18–20). Carey was puzzled that “multitudes sit at ease and give themselves no concern about the far greater part of their fellow-sinners, who to this day are lost in ignorance and idolatry.”1 Love for the global glory of Jesus and for the good of our fellow man, he argued, obligates us to proclaim the gospel in all places. “Surely it is worthwhile” Carey concluded, “to lay ourselves out with all our might in promoting the cause and kingdom of Christ.”2

Carey’s words struck me to the heart. I had given so little thought beyond my own self-centered, provincial concerns. Shockingly, the task of gospel proclamation to the least-reached and unreached was something I had hardly even thought about. Carey showed me that my vision was not as big as Scripture’s vision of the global glory of Jesus. Is Jesus worthy of the praise of all peoples? Yes, he is. The great commission, as has been said, was not the great suggestion. The task of gospel-proclamation was the Christian’s duty, and therefore my life’s mission had to be altered. To live for Christ meant to put his global glory as my great aim, no matter my vocation.

“To live for Christ meant to put his global glory as my great aim, no matter my vocation.”

But there was a missing piece. How could the nearly impossible political, technological, cultural, and religious barriers be overcome? What could sustain the difficult work of “laying ourselves out with all our might in promoting the cause and kingdom of Christ”? How could such labors not end in total exhaustion?

These questions also concerned Carey, though for a slightly different reason. In the late eighteenth century, Baptist pastors in north-central England were grappling with an understanding that had paralyzed the churches in their association — the notion that some additional, Pentecost-like (Acts 2) outpouring of the Holy Spirit would be necessary before the nations could come to Christ. Until God moved in a clearly supernatural way, some argued, churches had neither the duty to act nor any hope of success. At a gathering of Northamptonshire pastors in June of 1791, fellow pastors Andrew Fuller and John Sutcliff preached powerful messages addressing the “procrastinating spirit” of the day and the fervent evangelistic zeal that ought to attend the good news of the gospel.3

At the conclusion of the meeting, Carey was asked to address in print the question for which they already knew the Scriptures’ answer: “whether or not it was possible for, as well as the duty of, the Christian to preach the gospel among the unreached nations.”4 His pamphlet, An Enquiry, was published later that year.

But my excerpted copy of An Enquiry focused only on the duty. It left out the most important part of the argument — how such a duty was possible.

Several months after the publication of An Enquiry, the pastors of the Northamptonshire association met to discuss Carey’s answer. On May 31, 1791, Carey began the gathering by preaching on Isaiah 54:2–3:

Enlarge the place of your tent,
and let the curtains of your habitations be stretched out;
do not hold back; lengthen your cords
and strengthen your stakes.
For you will spread abroad to the right and to the left,
and your offspring will possess the nations
and will people the desolate cities.

His text, at first, seems a curious choice. In light of the many crystal-clear New Testament texts on evangelism and disciple-making, why choose a text from the Prophets to argue for the great commission’s possibility?

Carey knew the Scriptures well and recognized the brilliance and importance of Isaiah’s redemptive-historical vision. The victory of the suffering servant (Isaiah 53:10–12) would result in not only rejoicing (Isaiah 54:1a) but blessing (Isaiah 54:1b). Isaiah foresaw that the Messiah’s victory would forever incapacitate the enemies of God. No longer could the bewitching of foreign gods prevent the nations from receiving God as king. God’s people would “spread abroad to the right and the left . . . possess the nations . . . and people the desolate cities” (Isaiah 54:2–3).

This future vision, Carey knew, was realized in the resurrection and ascension of the Lord Jesus.

The crescendo of his message was captured by those who heard it in six unforgettable words: “Expect great things, attempt great things.”5

Jesus’s singular fitness as the suitable substitute for mankind had been vindicated in the resurrection. And the outpouring of the Spirit at Pentecost was the signal of the Messiah’s ultimate victory over all thrones and dominions, whether seen or unseen. Jesus hadn’t simply launched the mission of the gospel to the nations; his ascension to glory had removed every obstacle that stood in the way of the gospel’s absolute triumph (Mark 3:24–27; Revelation 20:1–2).

Therefore, Carey argued, Christians must expect great things — and not only must we expect them; we must attempt them. No matter how small the beginning, no matter how complicated the task, in the power of the Spirit, under the authority of the risen Christ, we can have absolute confidence in the success of our mission. In commissioning his church, Jesus had said, “All authority in heaven and on earth has been given to me. Go therefore and make disciples of all nations” (Matthew 28:18–19). And Pentecost decisively proved that his command was possible, because it fulfilled his promise of the commission: “And behold, I am with you always, to the end of the age” (Matthew 28:20).

We Can Risk Everything

In the excerpt missing from my copy of An Enquiry, Carey had made this crucial connection:

If the command of Christ to teach all nations extend only to the apostles, then, doubtless, the promise of the divine presence in this work must be so limited; but this is worded in such a manner as expressly precludes such an idea. Lo, I am with you always, to the end of the world. . . . Where a command exists nothing can be necessary to render it binding but a removal of those obstacles which render obedience impossible, and these are removed already.6

Carey saw that the triumph of the resurrection meant the good news of the gospel could not possibly be stopped. All things were now in subjection to Jesus — and by his Spirit and through his church, he was plundering the strong man’s household (Mark 3:24–27). Nothing could turn back the tide of the victory of Christ.

This revelation cracked open the world for me. In the early years of my walk with Jesus, I was afraid that I might meet some insuperable intellectual obstacle to the gospel. Likewise, I feared failing to adequately explain the gospel in personal evangelism. Those fears were only enhanced when meeting the challenges of cross-cultural evangelism. But grasping the implications of Jesus’s glory and resurrection authority decisively defeated those fears.

Not only must I reorient the priorities of my life to put the concerns of Christ at the very center, but I can risk everything in following him wherever he leads. Because Jesus, in fact, lives, I can expect great things and attempt great things.

The vision captured by those six words also forever changed the history of Christian missions. At the conclusion of Carey’s sermon, the pastors of the Northamptonshire association resolved to develop a plan for a “society to preach the gospel” among the unreached. Four months later, on October 2, 1792, they adopted that plan, forming the Baptist Missionary Society.

A year later, the Society sent William Carey, his family, and several others to India as the first of what now constitutes many thousands of missionaries of the BMS. “Expect great things, attempt great things” became the motto of the Baptist Missionary Society and captured the biblical vision for gospel proclamation among the unreached.7

And the retrieval of Scripture’s cross-cultural vision reverberated across the rising evangelical movement. Carey’s friend and fellow pastor John Ryland Jr. went on to help London Congregationalists launch the London Missionary Society (1795) and assisted the Anglican church in launching the Church Missionary Society (1799).

In 1806, five college sophomores at Williams College in Williamsburg, Massachusetts, read Carey’s An Enquiry and dedicated themselves to praying for the launch of a missionary society in the United States. Four years later, they helped form the American Board of Commissioners for Foreign Missions (1810) to send two of their own, Adoniram Judson and his wife Anne Hasseltine, to gospel ministry in Burma.

Luther Rice, another of the Williams College five, would unite Baptists in America to support the work of foreign missions and four years later launch the General Missionary Convention of the Baptist Denomination — the precursor to the International Missions Board of the Southern Baptist Convention, now the largest missionary-sending organization in the world.

What might God be pleased to do in our day if, confident in the victory of our reigning Christ, we expect great things and attempt great things?