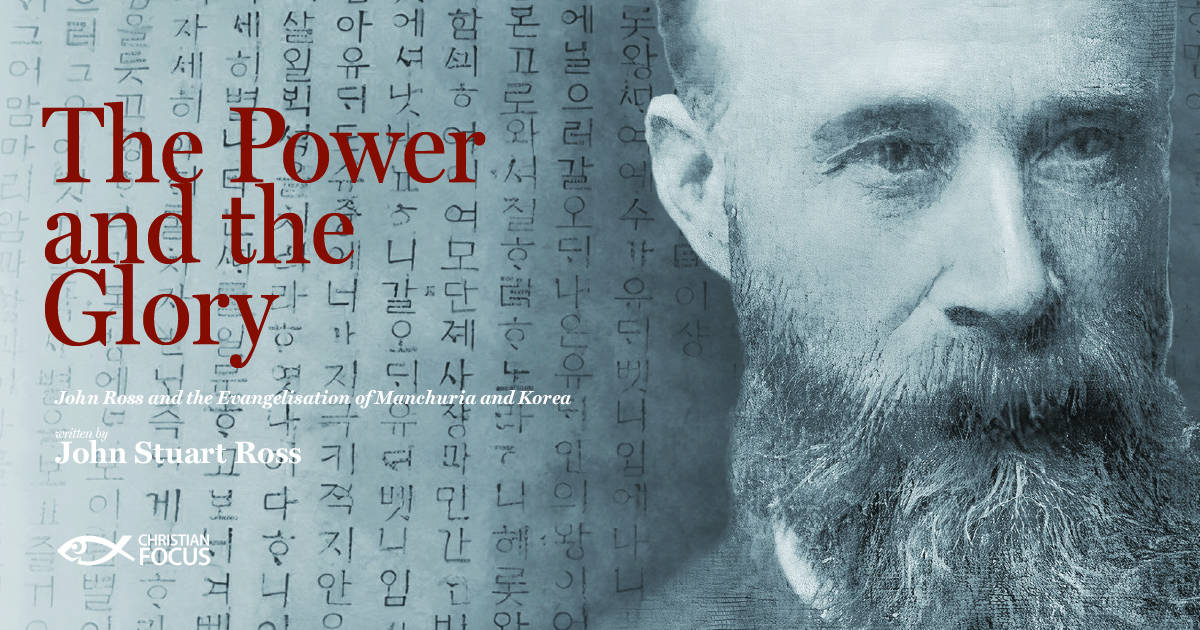 This week’s blog is sponsored by Christian Focus Publications and written by John Stuart Ross, author of a new biography about Scottish missionary John Ross (no relation), The Power and the Glory: John Ross and the Evangelisation of Manchuria and Korea

The new biography of my namesake, the Scottish missionary John Ross (1842-1915), is the first published in English. From 1872 to 1910, Ross worked in northeast China, but his influence spread south into Korea, resulting in both regions in large numbers of spontaneously expanding, locally sustainable, Presbyterian polity churches, independent of missionary control. Neglected for over a century, the story of Ross was never more relevant than it is today: here are five reasons why.

1. Unsatisfied with passing off a smattering of language, the adoption of local dress and superficial adherence to local customs as cultural awareness, Ross immersed himself in the history, literature, philosophy and religion of China and Korea. The benefits were enormous: he gained respect for himself and acceptance for the gospel.

2. As an expatriate, Ross could never achieve what local Christians could. His priority, therefore, was to recruit and train Chinese and Korean evangelists on fire with God’s grace. Intellectual ability had its place, but, as he put it, ‘when the stubborn iron-ore of the heart has to be smelted, the lamp alone is of little value. We need the fire.’

3. Ross trusted the Holy Spirit in the people he trained. Rejecting paternalism, he insisted that without independent indigenous ministry the church would remain a frail child carried about by a nurse. He was delighted to hear his protege, Wang Ching-ming, insist that the Chinese Christians had the Bible, knew the truth, and would teach and repeat the gospel even if there were no missionaries in the land.

4. Then there was courage in the face of adversity. Ross lost his first wife soon after their arrival in China and four of his eight children died in infancy, he also knew the rigours of arduous travel, the loss of his property in rebellions and wars, shortage of funds, misunderstanding by colleagues and boards, as well as battles with revivalism and liberal theology. Yet he knew that suffering produces endurance, endurance produces character, and character results in buoyant hope that never lets us down.

5. Ross’ balanced Christian life and ministry enabled him to meet famine with food, ignorance with education and sickness with medicine, rejoicing in the work of grace in the lives of those he came to win for Christ. But he also, quite literally, considered the lilies through his skilled botanist’s eye, discovering plants unknown to science, five were named after him. Ross gloried in the rich fabric of his Father’s world, whether nature or grace, creation or redemption.

As an old man on a visit to his boyhood home of Balintore, Ross was talking to a group of men who were all utterly bewildered until his son whispered in his ear that he was speaking to them in Chinese. He had so assimilated Chinese culture and language that he hardly knew whether he was speaking English or Chinese, or, for that matter, his native Gaelic.

Click here to get your copy of The Power and the Glory and learn more about John Ross’ fascinating life.