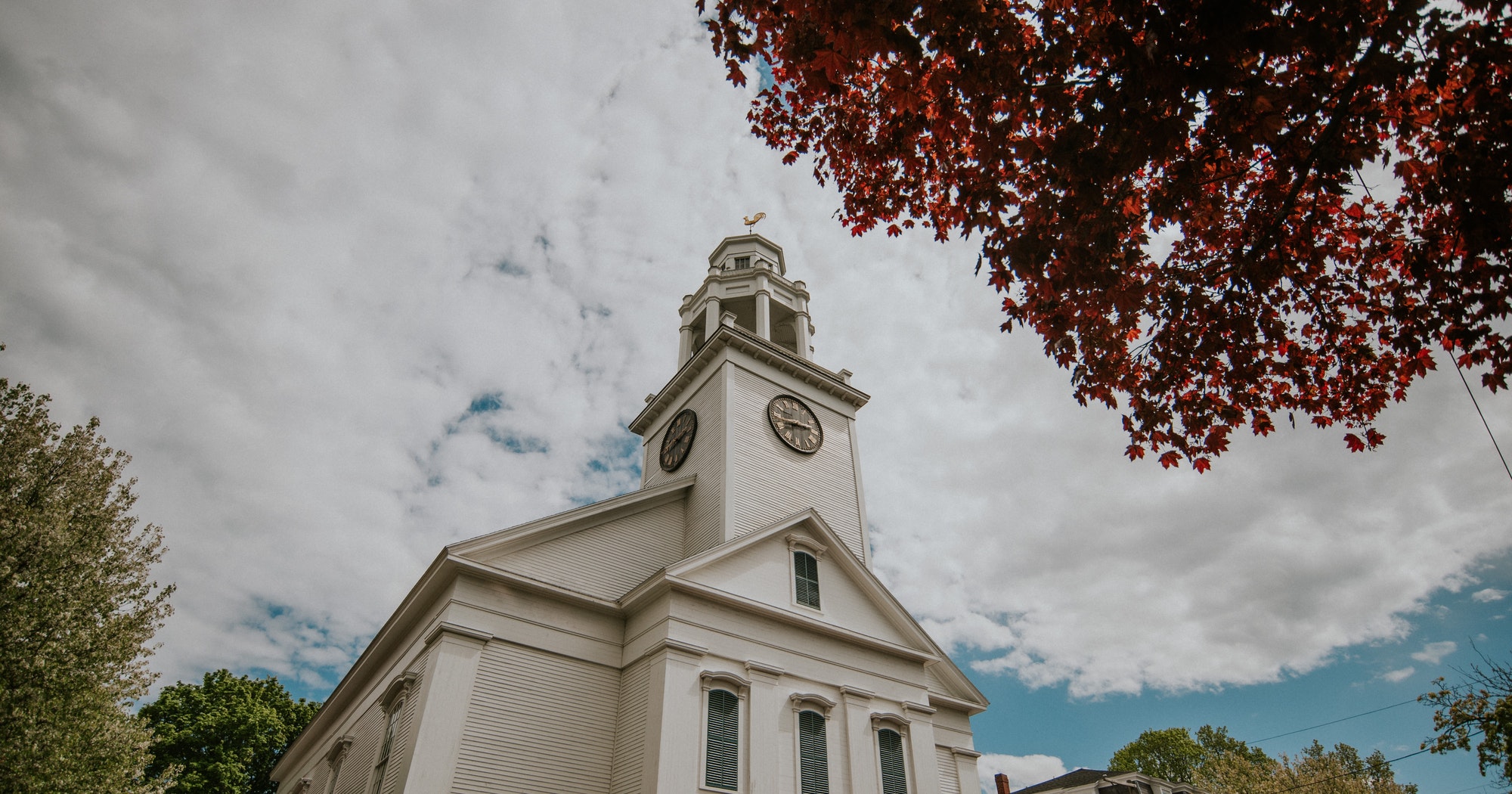 Today, God has blessed us with countless numbers of faithful men who lead churches well. And we praise God for each man who closely guards his life and doctrine for the sake of his own soul and for the sake of the souls entrusted to him (1 Timothy 4:16). Such faithful men will go unnoticed by the world, and maybe even under-thanked for their work by the people they serve. But we thank God for you men. Many of you listen to this podcast.

At the same time, one of the most painful topics we see pop up in the inbox regularly is the fallout over the sins of unfaithful pastors. Pastors can fail their people by not watching their lives and doctrine. These situations are tragic and very painful and often devastating. The heartbreaking stories we hear bear this out. No church is immune. Compromise happens in huge suburban megachurches and in very small rural country churches. And it was a problem among the priests of the Old Testament, calling for the stern warnings we read in the Prophets. In fact, God reserves some of the harshest language in the Bible for priests who morally fail, as we will see today in Malachi 2:1–9. This text remains relevant for pastors today, as Pastor John explained in 1987, in a sermon from about 34 years ago. Here’s Pastor John.

We noticed in Malachi 2:7 that that wasn’t the only task of the priest (namely, to sacrifice): “The lips of a priest should guard knowledge, and people should seek instruction from his mouth, for he is the messenger of the Lord of hosts.”

In other words, priests were teachers and not just sacrificers, and that’s why the text is relevant today: this text addresses ministers of the word, and it shows that they can fail miserably and grievously and that they can succeed gloriously. That’s what the text is about, and that’s why it’s so relevant, because it’s all around us today: ministerial failure and success.

I ended with an overview last time and began what I want to begin with this morning — namely, a list of these failures — and then we’ll turn to the success of the ministry.

Let me give you that overview again: Verses 2, 8, and 9 give us five failures in the priestly ministry, five pastoral failures. Verses 5, 6, and 7 describe the success of the ministry of the word, what it’s supposed to look like. And the thing I didn’t mention last week was the threats made against the priests, the pastors, to sanction the commands in verses 5–7 and to redeem them and get them to clean up their act with regard to their failures. Those threats are found in verses 2, 3, and 9. And it may be well to begin right here. Let’s just start with the threats. And we start here because they’re given, mainly, not for themselves, but to awaken these failing priests, rescue them from destruction, and bring them to success.

Here’s the lesson I get from these threats before I look at them in detail: pastors, ministers of the word, will not be spared judgment in the last day. It’s occurred to me this week as I’ve pondered this that, when I stand before Christ at the last day, every one of these sermons will be thrown on the table before the judge, and Romans 2:21 will be read in the courtroom as I stand before Christ: “You then who taught others, do you not teach yourself?”

Think long and hard before you envy your pastors at the last day. James said, “Not many of you should become teachers, my brothers, for you know that we who teach will be judged with greater strictness” (James 3:1).

Now, let’s read these threats in verses 2–3, and then I’ll drop down to verse 9.

If you will not listen, if you will not take it to heart to give honor to my name, says the Lord of hosts, then I will send the curse upon you and I will curse your blessings. Indeed, I have already cursed them, because you do not lay it to heart. Behold, I will rebuke your offspring, and spread dung on your faces, the dung of your offerings, and you shall be taken away with it. . . . And so I make you despised and abased before all the people, inasmuch as you do not keep my ways but show partiality in your instruction.

Now, there are four threats in those three verses.

2. “I will curse your blessings” — that is, I think he means, “The words that you speak, which are intended to be the blessing of the people, I’m going to turn them into a plague upon the people” (verse 2).

3. “I’m going to rebuke your offspring” — or “your crops,” perhaps. The word seed could go either way there. In other words, “The curse is going to spread far beyond you, whether to your children or to your land.”

4. “I am going to smear the dung of these mangy, broken-legged, blind sheep in your face.” Or as verse 9 explains, “I’m going to make you despised and contemptible among people.”

“Nothing is more horrible to imagine than the beauty of holiness turning against you with omnipotent rage.”

Now, why is God so angry? You know he’s angry, don’t you? I mean, when you talk about smearing dung in somebody’s face, you’re not dealing dispassionately with some minor disobedience; you’re on the brink of rage. Nothing is more horrible to imagine than the beauty of holiness turning against you with omnipotent rage, which is what’s happening in these verses toward the pastors of Israel.

He is angry because of five failures. Let’s look at them.

1. The failure of listening to God, or failing to listen to God: “If you will not listen . . .” (verse 2). It’s a failure because you can’t herald what you can’t hear.

2. The failure to have a heart for the glory of God: “If you will not take it to heart to give honor to my name, says the Lord of hosts . . .” (verse 2). And that’s the root of the matter, brothers and sisters. We’re going to see more clearly than ever this morning as we move to the success that that’s the root of the matter. A pastor who has no heart for the glory of God is a failure, no matter how full his church is or wide his ministry.

3. They have turned aside from the ways of God and live out of sync with the teaching of God. Look at the first line of verse 8: “You have turned aside from the way.” And look again at verse 9: “I [will] make you despised and abased before all the people, inasmuch as you do not keep my ways.” So, the third failure is the failure of practicing what they preach. Their lives, they’re way over here. They’re not walking with God. They say one thing, and they’re doing another thing.

4. They have shown partiality in teaching. Verse 9: “You do not keep my ways but show partiality in your instruction.” Now, what does that mean? It means that they are doing the very same thing with the word of God that they did with the sacrifices of God. Do you remember what that was? They gave just those animals to God that would leave maximum money in their pockets — broken-legged sheep, blind sheep, mangy sheep. You can’t sell them, so give them to God and keep your pockets full.

“A pastor who has no heart for the glory of God is a failure, no matter how full his church is or wide his ministry.”

And that’s exactly what they’re doing with their teaching. They give precisely that teaching to their congregations that will keep their pockets full. They play to their audience. They tell Daddy Warbucks what he wants to hear. They say, “‘Peace, peace,’ when there is no peace” (Jeremiah 6:14; 8:11). They do what Micah 3:11 describes: “[Jerusalem’s] heads give judgment for a bribe; its priests teach for a price; its prophets practice divination for money.” When the glory of God no longer satisfies the heart of a preacher, he can do two things: leave the ministry or stay and preach for money. Would that they all left.

5. The failure of what results from all of this — in the middle of verse 8, you see it: “You have caused many to stumble.” Let me ask you this: Do you think the sins of pastors, Christian leaders, are more grievous than the sins of others? I do. But not because a sin in and of itself is of a different nature or quality; rather, because the sin of Christian leaders is compounded by the fact that the weight of public responsibility should all the more have hindered it, and he didn’t let it hinder it.

I don’t know if you’ve opened up yet this week’s Christianity Today. It’s in our library. I commend it to you. There are two or three articles on the sins of Christian leaders and whether they can be restored, and there is a short article by David Neff, the associate editor. And here’s what he says:

The leader who philanders has broken a trust placed in him by a wide community — trust in his vision, reliability, wisdom, and veracity. And the essence of leadership is that trust. So a leader who violates trust in a fundamental and public manner is ipso facto no longer a leader. (“Are All Sins Created Equal?”)

And I believe he’s right.

Now, I want to turn so badly to the success of the pastoral ministry, but before we get there, I want to apply what I’ve said so far to those of you here today who have been victims of priestly failure. I have in mind people who have seen in ministers of the word enough hypocrisy and expediency and inconsistency and worldliness and partiality and greed and cowardice and pettiness and harshness and insensitivity, that you have stamped a big question mark over the whole Christian enterprise. You have built a wall, perhaps — in your soul, in your heart — that keeps out anything from the Christian world, because you just aren’t sure you want to have anything to do with that mess anymore.

I hate ministerial hypocrisy ten thousand times more than you do, and I intend to spread dung on the faces of ministerial hypocrites — those who have forsaken my glory, departed from my ways, teach for hire, and cause people to stumble. “Vengeance is mine; I will repay” (Hebrews 10:30). Don’t carry it; it is mine, and I will repay with vengeance vastly worse than you can imagine in your little vindictive moments.”

What a tragedy it would be this morning if anyone turned away from the glory — the unimpeachable glory — of Jesus Christ, the King of kings, because of a hypocritical demeanor or a failure of one of his messengers, when God himself intends to spread dung on the face of that minister, because he loves you and hates it when his glory is profaned. Wouldn’t that be an ironic tragedy if you let that hypocrite drag you to hell with him? Don’t let that happen. Don’t let Satan use his lightning-cloaked ministers of the word to drag you to hell with them. That’s what he’s saying in this text to victims of priestly failure.