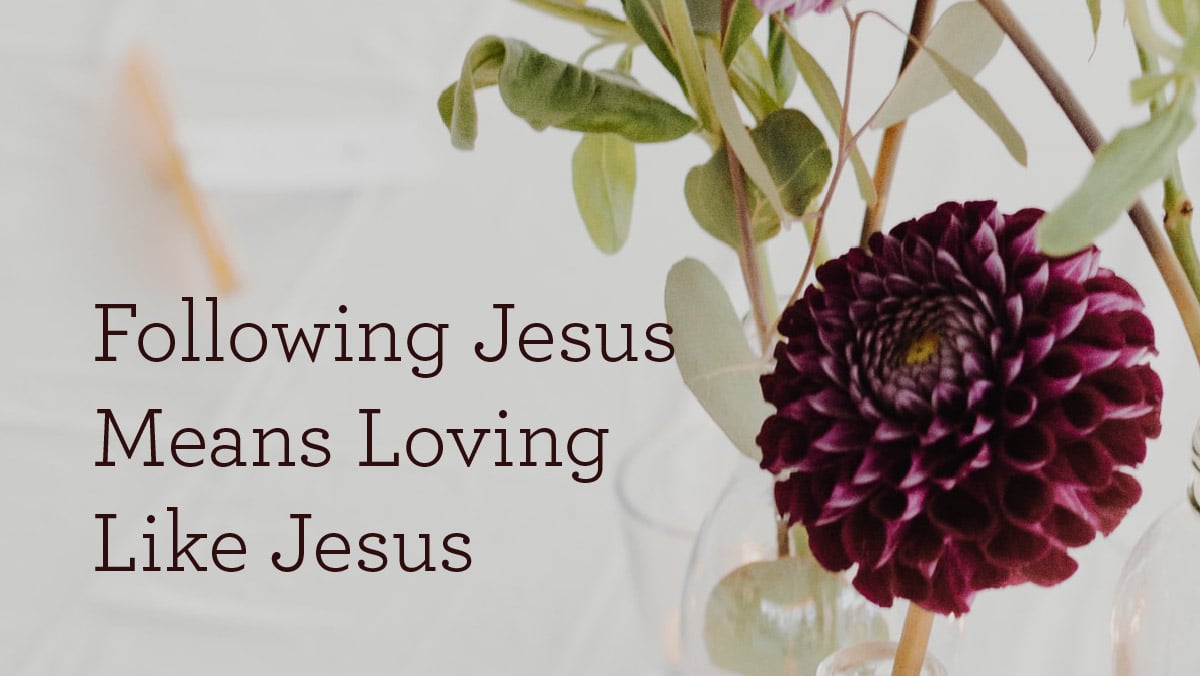 When James and John asked to sit at Christ’s right hand in His kingdom, they were seeking a high status. They wanted to be the ones to give orders and to be served by others, like all the powerful people of the world. But instead, Jesus told all His disciples, “It shall not be so among you. But whoever would be great among you must be your servant.” He then added that He Himself would set the example: “For even the Son of Man came not to be served but to serve, and to give his life as a ransom for many” (Mark 10:43, 45).

What does it mean to follow Jesus? As one continues in obedient faith and identifies with Christ in His suffering, it will also mean imitating Christ’s self-giving love.

Jesus illustrated this sort of love to us in the parable of the good Samaritan. When a lawyer—a man of high status in society—asked Jesus how to inherit eternal life, Jesus confirmed that one must fulfill the biblical command to “love your neighbor as yourself” (Lev. 19:18). The lawyer then sought to justify himself by asking, “Who is my neighbor?” (Luke 10:29). In turn, Jesus told a story that challenges our assumptions about what it means to have status with God. The things people tend to look to as markers of great spirituality are mostly irrelevant. The real question is: Do we love others as God loves us?

A man was going down from Jerusalem to Jericho, and he fell among robbers, who stripped him and beat him and departed, leaving him half dead. Now by chance a priest was going down that road, and when he saw him he passed by on the other side. So likewise a Levite, when he came to the place and saw him, passed by on the other side. But a Samaritan, as he journeyed, came to where he was, and when he saw him, he had compassion. (Luke 10:30–33)

In the parable of the good Samaritan, the Lord Jesus describes three kinds of people who interact with the man who was robbed on his way from Jerusalem to Jericho. As He does so, He portrays three approaches to human need.

The attitude of the robbers is essentially this: What’s yours is mine, and I’m going to get it. Most of us know in our hearts what it is to say to ourselves, If only I could have what he has! I’d do anything for that. And when that becomes the controlling influence in our lives, we show ourselves to be like the robbers.

The attitude of the priest and the Levite seems to be What’s mine is mine, and I’m going to keep it. As temple workers, they were expected to be ritually pure—and that purity could become compromised if they came into contact with the injured man. Ultimately, then, with justifications that seemed reasonable to their own consciences, they chose to preserve their status rather than fulfill the obligation to love. Similarly, we may try to wall ourselves off from the world in the name of moral or doctrinal purity. But the world needs the love of Christ! What a tragedy it is when we refuse to meet people at their point of need simply because it’s outside of some sort of manmade boundary.

Only in the Samaritan do we find a genuinely Christlike response: not What’s yours is mine, nor What’s mine is mine, but What’s mine is yours—and I’m going to give it to you.

We may try to wall ourselves off from the world in the name of moral or doctrinal purity. But the world needs the love of Christ!

The deep irony in this story is that the priests and Levites were of high status in the community of God’s people. By dint of the clothes they wore and the temple activities they were involved in, they were looked on as exemplars of spirituality. Indeed, their actions would have been regarded as self-evidently righteous. By contrast, the Samaritan was a member of a despised people group (John 4:9). Perhaps even the injured man, under normal circumstances, would not have spoken to him. Many would consider him a sinner simply by virtue of his background.

But ultimately, what sets the Samaritan apart is, as Jesus puts it, his “compassion.” The striking contrast here is not between Jew and Samaritan. It’s not between cleric and layman. It’s between godly love and self-love. The Samaritan’s status throws his godly actions in sharp relief with the selfish inactivity of the religious leaders. The robbers, in their taking, are horrendous, granted—but the inactivity of the priest and Levite proves to be just as bad. Only one man demonstrates the compassion of God.

He went to him and bound up his wounds, pouring on oil and wine. Then he set him on his own animal and brought him to an inn and took care of him. And the next day he took out two denarii and gave them to the innkeeper, saying, “Take care of him, and whatever more you spend, I will repay you when I come back.” (Luke 10:34–35)

Unlike the priest and the Levite, the Samaritan in the parable participates in the wonderful compassion and faithfulness of God—the God who, we now know, has revealed Himself savingly in the Lord Jesus. Just as the Samaritan cared for the injured man at a great cost to himself, God looked upon humanity, saw our predicament, and responded with a salvation that cost Him dearly. In the words of Paul, “God shows his love for us in that while we were still sinners, Christ died for us” (Rom. 5:8). He said to us, What’s Mine is yours, and I’m going to give it to you.

Jesus’ teaching—whether to His ambitious disciples or to the self-justifying lawyer—undermines the very idea of status being a matter of title, ascription, and position. Rather, “by this,” says Jesus, “all people will know that you are my disciples, if you have love for one another” (John 13:35). Indeed, He says, “As I have loved you, you also are to love one another” (John 13:34). The powerful and stately people of this world may look to take power and status for themselves, and they may strive to keep it once they have it. But the Son of Man came to love and to serve, and He has commanded His people to do likewise.

The Son of Man came to love and to serve, and He has commanded His people to do likewise.

The question we ought to be asking is this: Do I act like a loving neighbor to those who need my help and need God’s love? Christ showed this kind of love when He gave His life for us, even though we were sinners. If He did that, from whom would we dare to withhold our love? “If God so loved us, we also ought to love one another” (1 John 4:11).

Ultimately, Jesus did not hold up the attitude and actions of the Samaritan as the way to life. Rather, for those who are in Christ, they are to be a way of life. And the striking, chilling challenge of the interchange is to force men and women who assume that they are in Christ on account of position, ancestry, status, or involvement to ask themselves this: Am I a neighbor to those who are in need?

The invisible God becomes visible in the deeds of His children.

After we taste the glories of salvation, we’re called to love God with all our heart, soul, mind, and strength and to love our neighbors as ourselves, manifesting the compassion of God on the path toward eternal life. Meanwhile, those who examine themselves and see no evidence of God’s love flowing from their lives ought to consider with great seriousness whether they have yet come to know God through faith. The invisible God becomes visible in the deeds of His children. Children are supposed to look like their parents.

We cannot fulfill the law of love on our own. But as we abide in God by grace and through faith in Christ, He will indeed teach us to love as He first loved us (1 John 4:19). If we would follow Him, then we must be willing and ready to go down this path of self-giving love.

This article was adapted from the sermons “‘If Anyone Would Come after Me, He Must…’ Love His Neighbor” and “The Good Samaritan — Part Two” by Alistair Begg.