By Hannah Ascol — 4 months ago 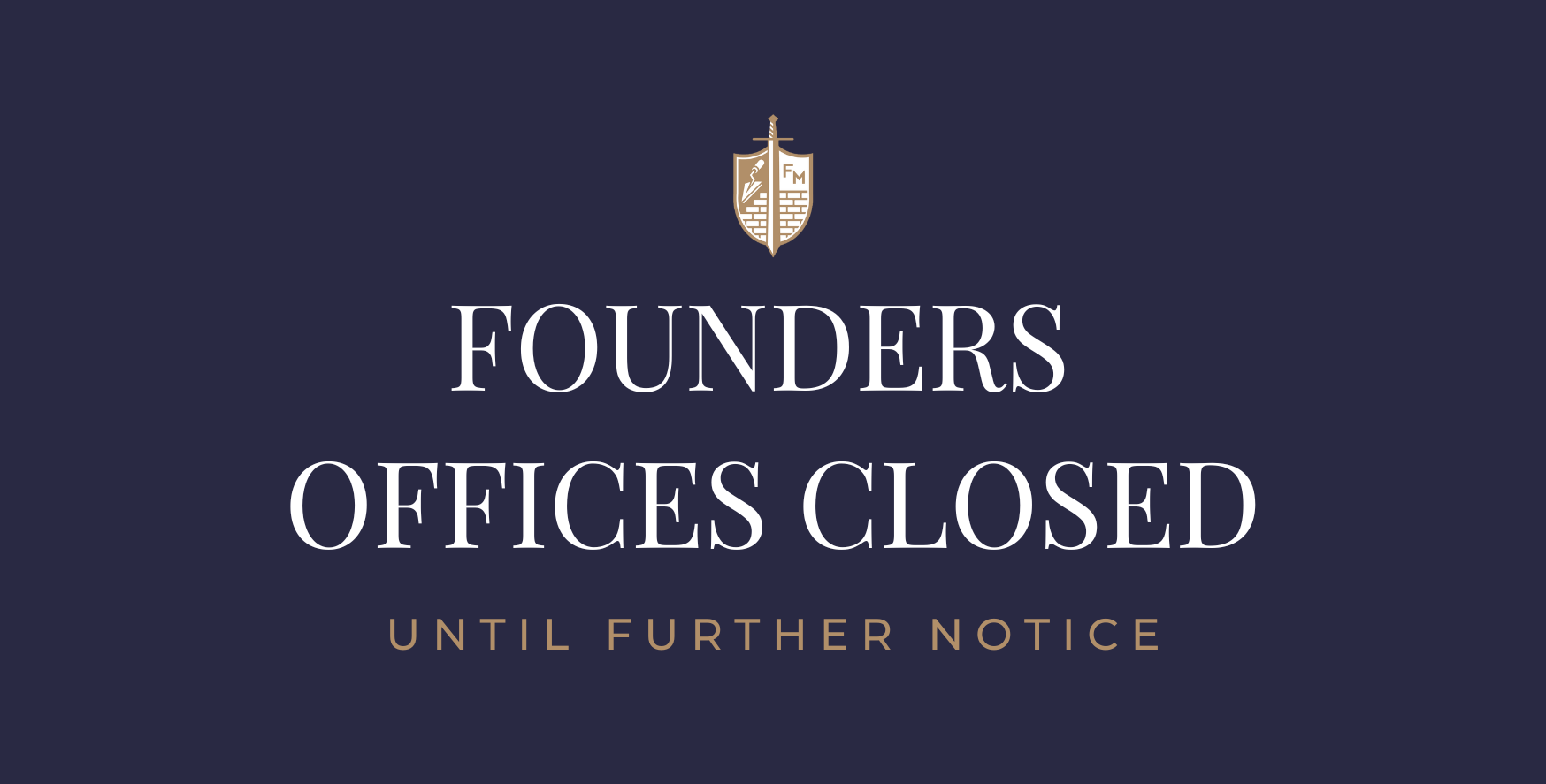 On behalf of Dr. Tom Ascol regarding the situation in SWFL and the impact of Hurricane Ian:

The Founders team is so thankful for everyone who has been praying for us and our community in Southwest Florida during Hurricane Ian. By the grace of God, all of our team made it through the storm safely and we are praising Him for His goodness. But the damage and devastation in our area is immense. For that reason, all operations of Founders Ministries are fully suspended until further notice.

We are not yet able to fully assess the damages at our offices and property. Thank you to all those who support and pray for us at Founders. Please continue to pray for us in the days and months ahead. We are going to be a part of a massive long term relief project in Southwest Florida. We will get back online and operating as soon as we are able, but at this time, there is no indication of when that may be.

Many of you have asked how you can send donations to assist in relief. We are not in a position to set up a specific way to give right now. We are directing people to give through Grace Baptist Church online. Under the oversight of the Grace elders & deacons, they will steward those donations and insure that they are used in the best way to serve the needs of SWFL. If you do decide to make a donation through Founders specifically for Hurricane relief, please make sure to note that appropriately in the donation. Anything that you can do to help us spread this information would be wonderful.

As far as supplies, they can be sent to Grace Baptist Church (1303 Ceitus Terrace, Cape Coral, FL 33991). Immediate needs would be roofing supplies (tarps), canned / non perishable food, water, fuel, baby supplies (diapers, wipes, formula) and monetary donations. Each day it becomes more clear that this recovery will be massive and the rebuilding will take years.

Thanks be to God for His goodness and the way He has blessed us, even in these hard and dark days. Please pray that He would continue to sustain us in the long road of ahead and that He would use this tragic event to display His glory in SWFL.