He Is Not Ashamed

He Is Not Ashamed 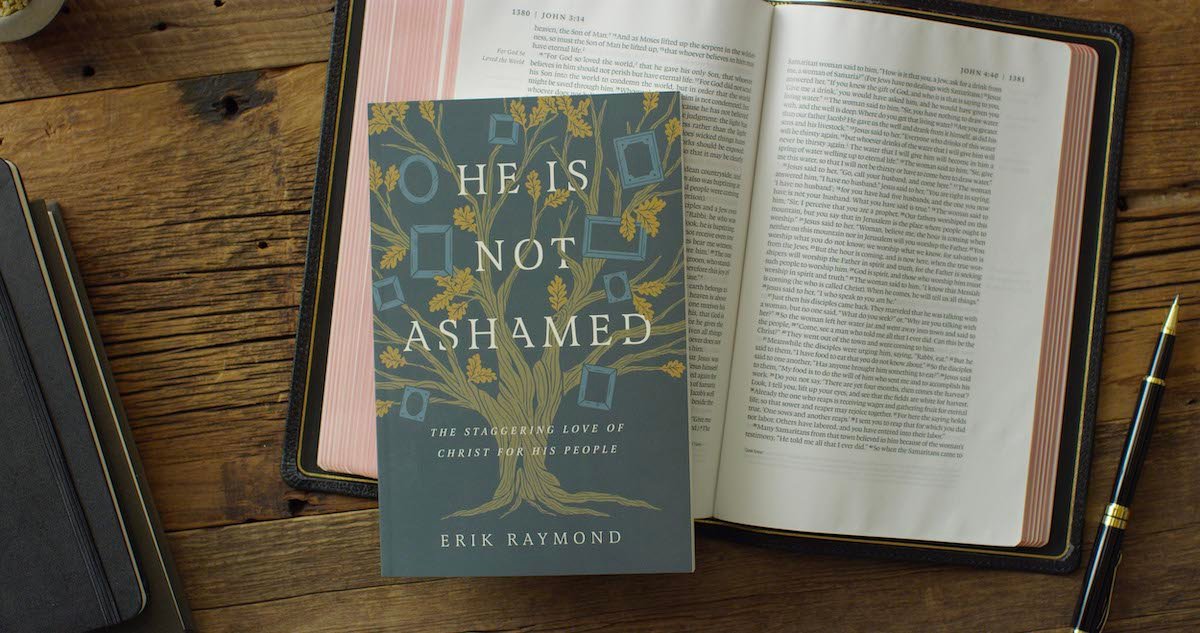 We are at an interesting point in history in which, when people look to the past, they seem more likely to cringe than to celebrate. It has become customary for people to look to their forbears and then disavow them or apologize for them in what has become almost a ritualistic purgation. There are many who are ashamed of their roots, ashamed of their family, embarrassed to admit who and where they have come from.

But isn’t it interesting that this is not the case with God? God has been adopting people into his family for thousands of years and along the way has welcomed many whose pasts are shady at best and scandalous at worst. And despite their sins, despite their scandals, he loves them and refuses to turn away from them. God’s enduring and unashamed love for his people is the subject of Erik Raymond’s new book He Is Not Ashamed.

If we were to assemble a great portrait of God’s family, “we’d find people with unflattering stories. Some are known as the chief of sinners, the sinful woman, the thief on the cross, and the prostitute. We’d also see those who were overlooked and disregarded by society. We’d find weak people unable to give God anything. We’d even see those who wore the uniform of opposition to God. Here in the portrait of grace, we’d find a multitude of misfits. It would be quite the picture.” It would be the kind of picture we might be embarrassed to hang on the walls of our homes. Yet in the very middle of this picture we’d find Jesus, the very best of men, standing side-by-side with some of the very worst. “At first glance, we might think that Jesus doesn’t belong with people like this. What business does majesty have with outcasts? But poring over the Scriptures, we see something else. In this family photo, Jesus may seem out of place, but in reality he’s exactly where he belongs. Even more, he’s right where he wants to be. Instead of being ashamed of them, he calls them family.”

In the first chapter he shows that Jesus is not ashamed of people who have an embarrassing history—people like Tamar who behaved like a prostitute and like Judah who treated her like one. “When Matthew includes Tamar, Judah, and their children’s names in Jesus’s genealogy, he means to make a point: Jesus comes from a line of people with messy, embarrassing, and shameful stories. And not only does he come from messy people, but he also comes for them.” If that was true of them, that is equally true for us.

In the second chapter he looks to people who opposed Jesus to show that they, too, can be objects of God’s love and salvation. This includes people, like the religious leaders, who killed Jesus and people, like the Apostle Paul, who persecuted his church. “Since every person is naturally born with the status of an enemy of God, everyone can relate in some way to these stories of opposition. Though our experiences and sins may be different, nevertheless, our standing apart from Christ is the same.”

In chapter three he turns to those who are overlooked (e.g. children who were beckoned to come to Jesus and women who became his trusted companions) and in chapter four to those who were far from God—people like the fictional Prodigal Son who appeared in a parable or the real-life sinful woman who appeared at a banquet and fell at his feet weeping. “The incarnation of Jesus Christ proves that he loves to retrieve those who are far from God. Nothing should keep you from him. He welcomes the prodigals, the sinners, and the unclean.”

In the next two chapters Raymond focuses on those who have nothing to give and those who are weak before turning to those who still sin, people like you and me who have been saved by his grace but who still commit deeds that are so very rebellious and so very dark. “Run your finger across the pages of the Bible, and you find many examples to prove that God delights to lavish his forgiveness on sinners. Even after they commit to following God, many believers fall on their face, only to be lifted up again by the staggering love of God.” If this was true of Adam, Moses, David, Jonah and so many others, it is equally true of you and me.

He Is Not Ashamed is a timely reminder that Jesus does not merely love us, but also accepts us and welcomes us. And this is true even when we have behaved or continue to behave in ways that are nothing less than shameful. God’s love is eternal, unshakeable, and “unashameable.” And for that we all owe him the greatest thanks and the highest praise.