How Does Love Cover a Multitude of Sins? 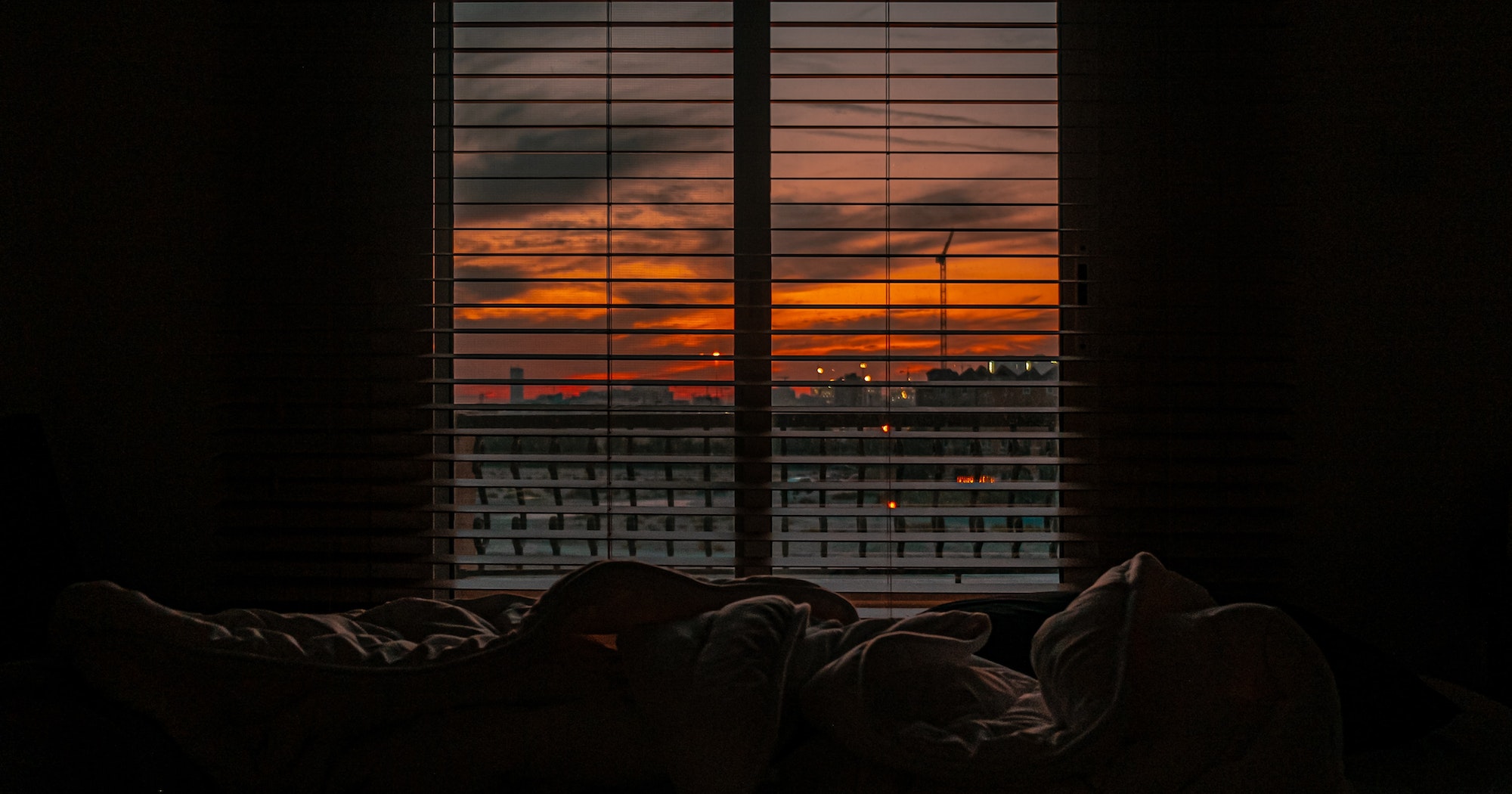 Well, if you listened Friday, we looked at 1 Peter 3:8. There Peter calls Christians to strive toward “unity of mind.” But we also saw that this “unity of mind” is not uniformity. We don’t all think identically, which means that Christian unity must hold together by love, not simply by uniform thinking. Without this critical heart of love, unity simply cannot happen.

And speaking of love, and how love unifies, just a little later Peter goes on to say, in the same letter, that love “covers a multitude of sins.” Our love covers sins. Peter makes that point in 1 Peter 4:8. But what does this mean? Two listeners want to know. Dustin in Atlanta asks, “Pastor John, how does love cover over a multitude of sins? What sins? Whose sins does it cover — mine, or the person or people I’m loving?” Similarly, Alan in Brisbane, Australia, asks, “Pastor John, what is Peter driving at in this text? Are we covering over our own inclination to sin by loving, or covering over others’ sins by not reacting to them — that is, forgiving them rather than taking revenge?” Pastor John, what would you say to Dustin and Alan?

Here’s 1 Peter 4:7–8: “The end of all things is at hand; therefore be self-controlled and sober-minded for the sake of your prayers. Above all, keep loving one another earnestly” — and here comes that key phrase — “since love covers a multitude of sins.” So let’s begin by observing a few Old Testament texts that lie behind Peter’s language of covering a multitude of sins.

For example, here’s the closest parallel — Proverbs 10:12: “Hatred stirs up strife, but love covers all offenses.” That’s really close to what Peter says, that “love covers all offenses.” You can see how close the parallel is to Peter’s “love covers a multitude of sins.” So what does this proverb mean? The contrast is between hatred and love. What hatred does is stir up strife, and what love does is cover offenses. The opposite of covering offenses is to stir up strife.

I take the strife to mean what happens when you don’t cover offenses, but rather when you try to uncover as many as you can. You’re on the lookout for people’s flaws and failures and imperfections. You draw attention to them, and you stir up conflict by pointing out as many of a person’s flaws as you can. That’s what hate does, according to Proverbs.

The opposite of this would be that you’re not eager to draw attention to people’s flaws or failures. You’re not eager to create corporate blame and conflict. Instead, love seeks to deal with flaws and failures and sins another way, more quietly.

Of course, you’re not ignorant that some sins must be dealt with publicly — as in the case, say, of sexual abuse or some kind of violence. But you also know that there are hundreds of things that people say and do that are offensive, or selfish, or prideful, or off-color, and they need to be dealt with quietly and kindly. I think this is what Paul was getting at in Galatians 6:1, where he said, “Brothers, if anyone is caught in any transgression, you who are spiritual should restore him in a spirit of gentleness. Keep watch on yourself, lest you too be tempted.”

In other words, you don’t blow a trumpet and try to placard the person’s transgression all over the community. You do your best to bring about repentance quietly, personally. Or if there are reasons that it’s not your place to confront the person, you simply give the person slack, and you hope and you pray that the kindness that you show by overlooking the sin would have a good effect in due time.

So cover offenses can have two meanings. One is to simply “let it go; overlook it,” and that’s referred to in Proverbs 19:11: “Good sense makes one slow to anger, and it is his glory to overlook an offense.” That’s one meaning of cover — to overlook. You see it, but love inclines you not to take offense, be angered, or be hurt, but to hope that your endurance of the injury (perhaps against you), your forgiveness, and your patience will bear fruit in change.

The other meaning is that, under that cover of patience, you may be quietly and actively dealing with the person in one-on-one ways that quietly and actively seek repentance. We shouldn’t jump to the conclusion that when “love covers a multitude of sins,” it’s not talking to anybody. Love wants peace, not conflict. Love wants holiness, not sin. Love wants the good of the sinning person, not public vengeance.

“To ‘cover’ is to work toward forgiveness.”

And in both of these meanings of cover — the “overlook” one and the “quietly deal with the sinner” one — there is a forgiving spirit at work. We see that in Psalm 32:1: “Blessed is the one whose transgression is forgiven, whose sin is covered.” In this verse, cover parallels forgive. To cover is to work toward forgiveness, where the sin doesn’t break the relationship anymore.

Now, back to 1 Peter 4:7–8: “The end of all things is at hand; therefore be self-controlled and sober-minded for the sake of your prayers. Above all, keep loving one another earnestly, since love covers a multitude of sins.” So against the Old Testament background, as well as the New Testament parallels that we’ll see in just a minute, the sins that are being covered here are the sins of fellow Christians. Not your own sins, and not those outside the church, but the failures of Christians to live up to the biblical path of righteousness.

And with that in mind, we start to see this work of love all over the New Testament. That covering idea is everywhere. For example, in 1 Corinthians 13:5, it says, “Love is patient and kind. It does not keep an account of wrongs.” That’s the New American Standard Bible, and it’s good. Isn’t “not keeping account of wrongs” the same as saying that “love covers wrongs”? Love doesn’t keep an account of them.

Or Paul goes on in 1 Corinthians 13:5 and says, “[Love] is not irritable.” That’s like “overlook.” It’s like “covering.” Isn’t that the same as saying that “love covers irritations”?

Then he says, “Love bears all things . . . endures all things” (1 Corinthians 13:7). Well, “bears and endures” means that love doesn’t throw your flaw and your failure back in your face. It bears it. It endures it. That’s covering it, rather than waving a flag over it and saying, “Hey, everybody, look what I found. Jim is a loser — he offended me. Mary is a hypocrite — she hurt me.” That’s not bearing and enduring. It’s not covering.

We also see this covering work in Colossians 3:13, where Paul says to believers, “[Bear] with one another and, if one has a complaint against another, [forgive] one another; as the Lord has forgiven you.” So enduring, forgiving, means that people have offended me, hurt me, irritated me, and I choose not to retaliate. Instead, I cover the offense of the hurt or the irritation.

The closest parallel in the New Testament to 1 Peter 4:8, which sheds even more light on what’s going on with this covering, is James 5:19–20: “My brothers, if anyone among you wanders from the truth . . .” So you’ve got a believer who’s straying off, about to make shipwreck of faith. James continues: “If anyone among you wanders from the truth and someone brings him back . . .” You go after your brother. You quietly plead, and deal, and pray, and share, and you win him. Finally, he ends by saying, “. . . let him know that whoever brings back a sinner from his wandering will save his soul from death and cover a multitude of sins.”

“As we cover the sins of those who offend us, we are offering them an expression of Christ’s covering by his blood.”

In other words, when we mercifully pursue a wayward brother or sister and win them back to the path of faith and obedience, they are saved from making shipwreck of their faith. And when they take their place under the blood of Jesus, all their sins are not only covered by our own patience and endurance and forgiveness, but they’re also covered by the blood of Jesus, which is why James says that you will save their souls.

So I think it is fair to say, as we cover the sins of those who offend us, rather than retaliating, we are offering them an expression of Christ’s covering by his blood, so that if they rest their faith in Christ because of our kindness, our covering, they will experience the ultimate kindness and the ultimate covering of the forgiveness of sins in Christ.