How Might Jesus Do Counseling? Four Roads into the Human Heart

By Josh Squires — 7 months ago 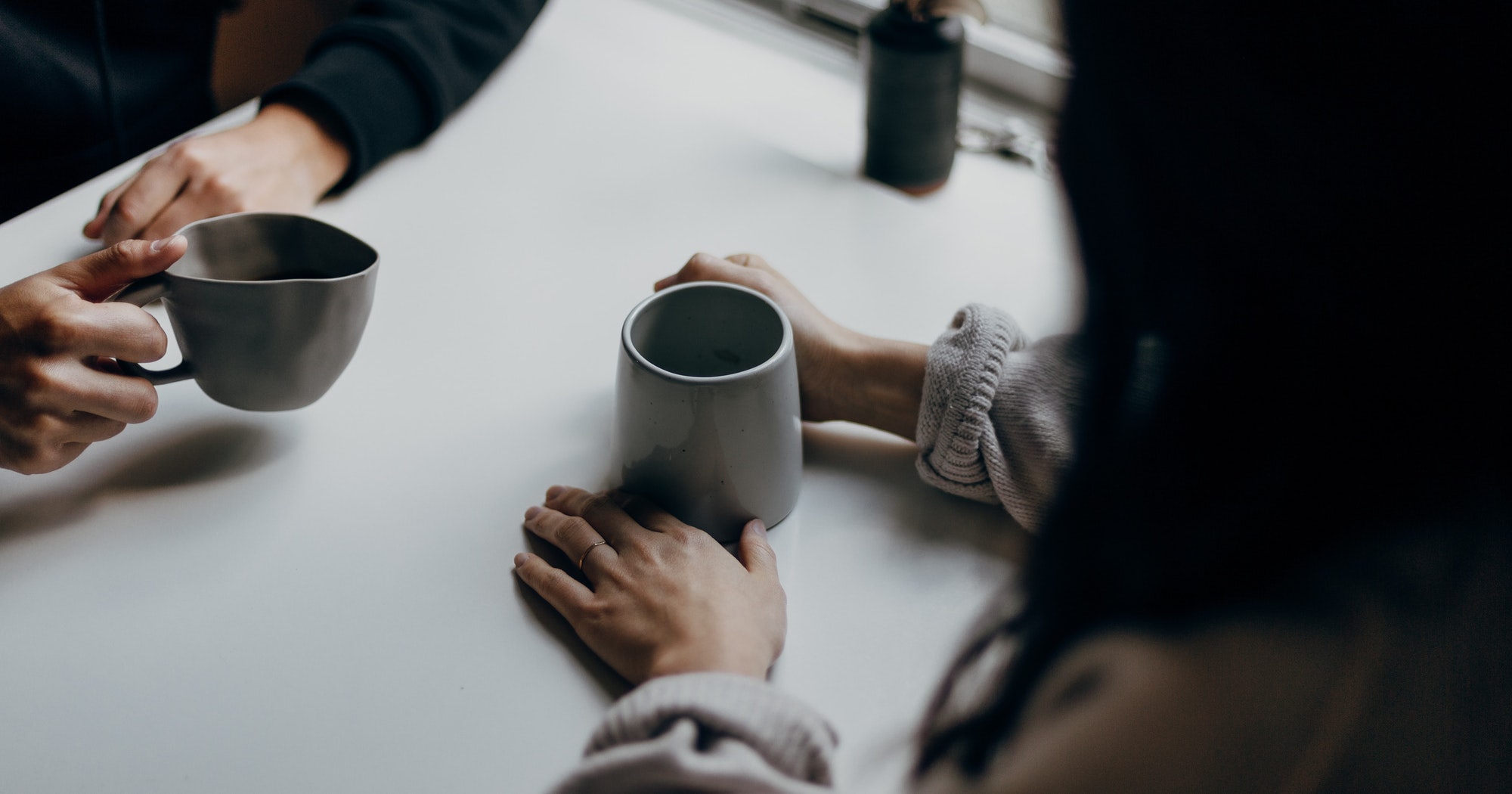 As one who consistently responds to other peoples’ suffering and sin, sometimes I find myself at a loss for what to say. Other times, I know exactly what I want to say, but the person to whom I’m speaking doesn’t seem able to listen. I know I’m not alone in this experience. And I’m not just talking about professional counselors either, but anyone who tries to counsel others, whether at home, at church, in the workplace, or elsewhere. What do we do when we can’t seem to break through?

Let me offer a fourfold framework by which we can both listen and respond to others with Christlike wisdom. We see this framework in Christ’s own counseling — specifically as he counsels the churches in Revelation 2–3.

The four elements of this framework are commendation, comfort, conviction, and challenge. Before I explain each below, first let me give a caveat: this is not a formula for counseling. Though I will present these components in an order — the order that occurs in my own counseling most frequently — there’s no strict progression. Each conversation may have a different combination of these four elements — or may, in fact, focus on only one or two of the four. These four elements are not so much a pattern or a formula as a multifaceted perspective by which to view the counseling task.

That sort of flexibility is exactly what we see in Christ’s counsel to the churches. As many commentators have noted, two of the seven letters lack any words designed to convict (Smyrna and Philadelphia), and yet with other churches (Sardis and Laodicea), Christ leans hard on convicting language and nearly eliminates commendation. Why the variability? Because the particulars of the situations vary. It’s often when we as counselors become formulaic (relying too much on a specific method), or we try too hard to force one particular element (because we trust our own evaluation), that we find ourselves stuck. In other words, when we become slaves to our own comfort or pride rather than servants of Christ, our counseling becomes inefficient and stale.

The first component of this framework is commendation. By commendation, I mean finding thoughts, feelings, and behaviors that are in accord with scriptural wisdom and giving them attention. Quite honestly, commendation can be the most difficult of the elements with which to become competent. Often, we need to hunt through the muck and mire of obvious sin to find a small gem of Christlike behavior. Commendation also requires genuinely knowing the person in front of us in order that our words don’t come across as mere platitudes. Yet finding the praiseworthy in a situation can be key for both building confidence and bringing hope.

Jesus does this with the church of Ephesus when he says,

I know your works, your toil and your patient endurance, and how you cannot bear with those who are evil, but have tested those who call themselves apostles and are not, and found them to be false. I know you are enduring patiently and bearing up for my name’s sake, and you have not grown weary. (Revelation 2:2–3)

“Finding the praiseworthy in a situation can be key for both building confidence and bringing hope.”

Though Jesus will move on to tell the church what they need to correct, he takes a moment to commend them for what they have done well. Often, before others can hear constructive criticism, they need to know their situation isn’t hopeless, that they’ve been doing something — anything — right.

Mark Dever cautions that young pastors often lead with critique rather than encouragement when they first begin preaching — and the same is often true for young (or inexperienced) counselors. In many cases, we find it easier to sniff out what others are doing wrong than to identify what they are doing right, especially if they are turning to us in a time of failure. Yet in nearly every situation I’ve faced, I could find at least one quality to commend in my counselee. And typically, I find much, much more.

The second component of this framework is comfort. By comfort, I mean finding appropriate words that bring peace, relief, and consolation. Comfort is especially fitting when we speak to the suffering, but even in situations where others need conviction, it is not uncommon that, without first receiving some amount of comfort, they will not be able to hear the conviction. In other words, rather than hearing the one thing we think they so desperately need, they will hear nothing at all.

Notice how Christ gives his suffering church in Philadelphia words of comfort:

Behold, I will make those of the synagogue of Satan who say that they are Jews and are not, but lie — behold, I will make them come and bow down before your feet, and they will learn that I have loved you. Because you have kept my word about patient endurance, I will keep you from the hour of trial that is coming on the whole world, to try those who dwell on the earth. (Revelation 3:9–10)

Before he exhorts them, he comforts them with the coming public recognition of his love for them and his promise that they will be spared a future trial.

“True Christian comfort combines sympathy and action, not settling for one without the other.”

The dark side of comfort is that it can become an all-too-comfortable trap. The willingness to endlessly sympathize and pacify without the ability to convict or challenge allows sin to fester, slowly choking out the desire for righteousness. True Christian comfort combines sympathy and action, not settling for one without the other.

The third component of this framework is conviction. By conviction, I mean making others aware of how they have transgressed God’s law by their thoughts, feelings, or behaviors — either in the doing or the not doing.

Paul tells Timothy, “All Scripture is breathed out by God and profitable for teaching, for reproof, for correction, and for training in righteousness” (2 Timothy 3:16). Note the dual emphasis on reproof and correction. It is part of Scripture’s nature that it shows us where we have fallen short of God’s glory. Conviction rarely feels good; however, conviction need not be harsh. Paul describes his own ministry of conviction to the Ephesians with these words: “For three years I did not cease night or day to admonish every one with tears” (Acts 20:31). We would do well if kind, compassionate tears marked our ministry of conviction as well.

Jesus himself admonishes the Ephesians when he writes, “I have this against you, that you have abandoned the love you had at first” (Revelation 2:4). Here and elsewhere, he speaks earnestly to the churches and does not spare honest and difficult words for fear of hurting his hearers’ feelings. Indeed, what a gift that he would be so forthcoming!

As mentioned above, in all but two of the seven letters to the churches, Christ has some form of conviction to bring. Yet notice that he does not convict all of them: that in and of itself is instructive. Did those other two churches (Smyrna and Philadelphia) have no sin? Of course not. They were made up of sinners. Yet for his own reasons, Jesus felt no need to bring conviction there and then. Similarly, there are times when those we counsel do not need our conviction.

When do I prioritize conviction? When others are either unaware of their sin or are making excuses for it. In situations like these, I emphasize the unsurpassed goodness and mercy of God in his willingness to forgive (1 John 1:9), yet I also remind them that God’s forgiveness requires honest and earnest confession. As I often tell my counselees, one theme in Scripture is that he who repents first wins.

The fourth component of this framework is challenge. By challenge, I mean helping others come up with a plan for how they can begin to think, feel, and act in harmony with their design according to Scripture.

Jesus does not leave the seven churches to fumble for a way forward. Rather, he exhorts them clearly — as when he tells those in Sardis, “Wake up, and strengthen what remains and is about to die, for I have not found your works complete in the sight of my God. Remember, then, what you received and heard. Keep it, and repent” (Revelation 3:2–3). Action words saturate this small section: wake up, strengthen, remember, keep, repent — a biblical battle plan if ever there were one!

A challenge helps others walk away with an action plan; it gives them some assurance that this week can be substantively different than the previous one. Nearly all of my counseling has some challenge at the end — a plan we devise in accord with Scripture about how we are going to move forward rather than spinning our wheels or moving backward. I have needed to learn over the years to have realistic expectations for these plans: often, growth happens gradually, one small step at a time. But without challenge, growth is far less likely to happen.

Four Doors to the Heart

Each of us will have greater facility with some of these elements than with others. We may find that we easily see where others are going astray and what they need to do; therefore, conviction and challenge come naturally. Others may be natural encouragers with strong compassion; thus, commendation and comfort come easily. We don’t want to fight our natural strengths; however, we do want to recognize the need for all four of these elements in our various relationships.

It’s easy to get stuck when we are trying to give good scriptural counsel, and sometimes that’s not the fault of the counselor. Before we walk off assured that others’ hard-heartedness is to blame, however, we can try reframing our counsel using one or more of the elements above. We may find that a door opens that allows us to speak truth into a heart that seemed all but locked just moments earlier.