I Am Not My Own: How Heidelberg Healed Me

By Kathryn Butler — 2 weeks ago 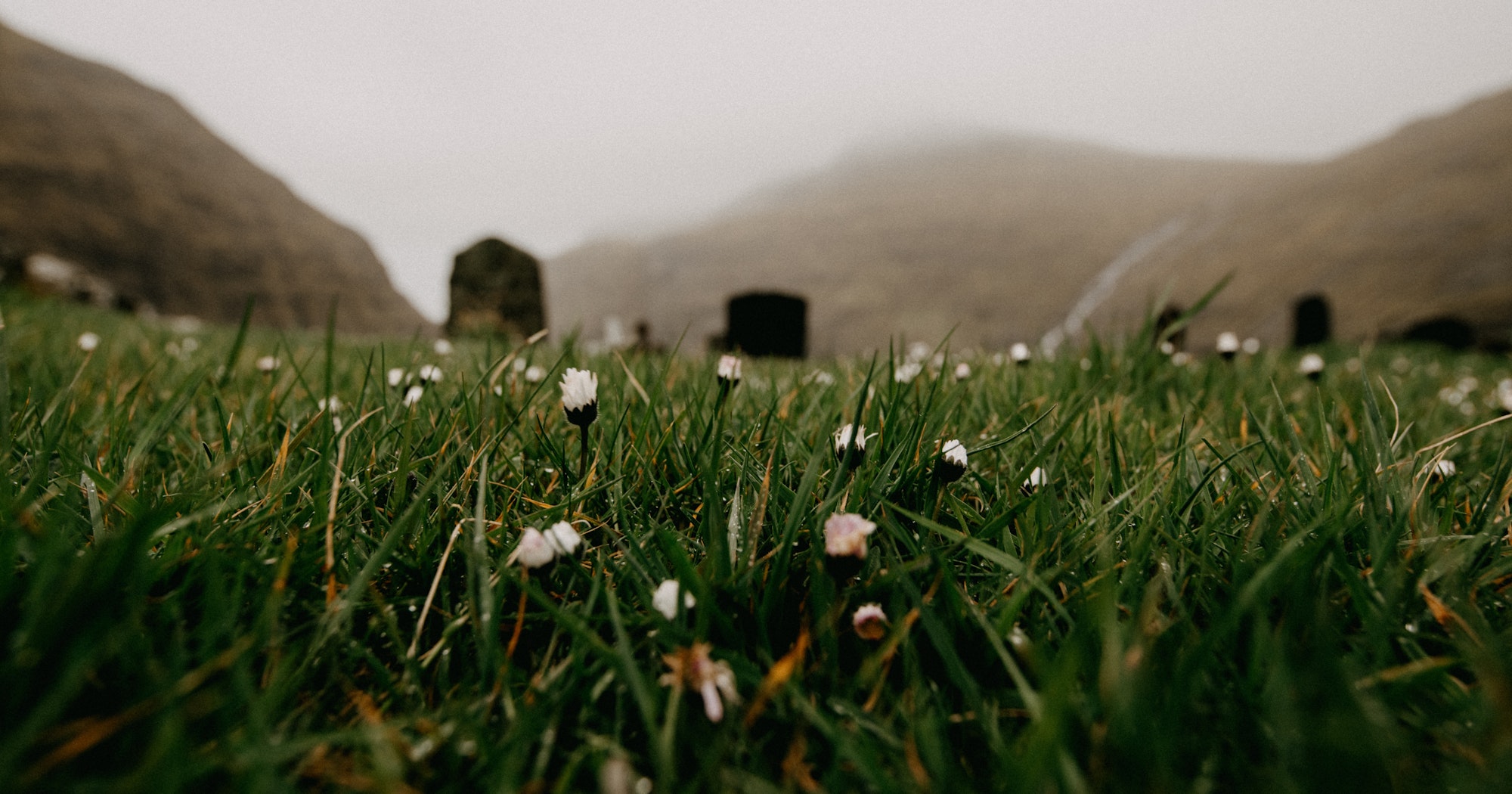 A dear friend in Christ once recounted to me her years-long struggle with chronic illness. As she described the seemingly endless treatments, their failures, and the pain and exhaustion that prevented her from partaking in the activities that brought her joy, a part of my heart broke. Having witnessed the toll such suffering can take on the spirit, I asked her how she managed to cling to God’s goodness in the hard moments.

She didn’t hesitate. With a firm nod, and with her eyes shining with gratitude, she replied, “I know that I’m not my own, but belong — body and soul, in life and in death — to my faithful Savior, Jesus Christ.”

“When our own fallenness overwhelms us, we can rejoice that we belong to the One who laid down his life for us.”

The poignancy of her reply struck me. She had recited the answer to question 1 of the Heidelberg Catechism, a centuries-old doctrinal statement that beautifully captures the central elements of the Christian faith. Over time after this conversation, when the wages of sin encroached upon my own life, I too found myself repeating these words, and thanking the Lord that when our own fallenness overwhelms us, we can rejoice that we belong to the One who laid down his life for us (John 10:11; 1 John 3:16).

In the mid-1500s, Prince-Elector Friedrich III von der Pfalz presided over the Palatinate, a region in southwestern Germany where heated controversies had arisen among several Reformed groups. Friedrich commissioned Zacharias Ursinus, a student of Philip Melanchthon, to draft a systematic presentation of the main points of Christian doctrine to help settle the disputes.

Ursinus and his contributors completed the first edition in the spring of 1563, and although the catechism didn’t unite the various Protestant movements as Friedrich had hoped, its careful and thorough explication of the gospel proved invaluable in discipleship thereafter. As evidence of the catechism’s impact, in 1619 the Synod of Dort adopted the document as the second of the Dutch Reformed Church’s Three Forms of Unity (along with the Belgic Confession and the Canons of Dort).

The current version of the Heidelberg Catechism consists of 129 questions and answers, organized into 52 sections to allow for weekly study over the space of a year. Entries fall within the three main categories of Misery, Deliverance, and Gratitude — nicely captured by the mnemonic Guilt, Grace, Gratitude:

Body and Soul, Life and Death

To introduce the three headings, the catechism begins with a question that forms the beating heart of the entire document. This is the question my friend so thoughtfully quoted, and to which so many saints reliably turn for solace when the slings and arrows of life assail them:

Question: What is your only comfort in life and death?

Answer: That I am not my own, but belong — body and soul, in life and in death — to my faithful Savior, Jesus Christ.

After this stunning statement, the catechism further expounds upon our salvation in Christ:

He has fully paid for all my sins with his precious blood, and has delivered me from the tyranny of the devil. He also watches over me in such a way that not a hair can fall from my head without the will of my Father in heaven; in fact, all things must work together for my salvation.

Because I belong to him, Christ, by his Holy Spirit, also assures me of eternal life and makes me wholeheartedly willing and ready from now on to live for him. (Creeds and Confessions of the United Reformed Churches in North America, 73)

Question 1 reminds us, in clear, powerful words, of the most crucial, formative truth in our lives as believers: we are no longer slaves to sin (John 8:34, Romans 6:16, 22) but instead belong wholly, entirely, to our Savior Jesus Christ.

The carelessness with which we sling around the word comfort in daily life can lead us astray when we consider question 1. Too often, discussions of comfort inspire thoughts of material things: cozy socks and a steaming cup of tea, a good book, or cookies fresh from the oven. Diving deeper, we may think of a loved one’s embrace, reassuring news to calm our worries, or relief from aching pain.

The word comfort in the Heidelberg Catechism, however, conveys much more weight than any of these associations suggest. As Kevin DeYoung writes, the German word in the text, trost, relates to the English word “trust,” and communicates certainty (The Good News We Almost Forgot, 22). The catechism isn’t prompting us to consider what will make us comfortable, but rather what in life and death — indeed, in all of existence — can bring us true solace. Where do we find assurance? As we reflect upon our own inability to redeem ourselves, where do we find hope?

Our nature as a race is to seek the answer here below. We all yearn for meaning and rest, and so we throw ourselves headlong into our careers, our relationships, and our worldly identities to fill the hollow in our hearts. We crave the momentary thrills of possessions and accolades. We try to dull our pains with diversions, distractions, and even chemical means.

“True comfort comes only from the One who has overcome the world.”

Ultimately, all such pursuits fail us. “I have seen everything that is done under the sun,” the Preacher writes, “and behold, all is vanity and a striving after wind” (Ecclesiastes 1:14). The diversions of this world may soothe our wounds for an hour or a day, but eventually the sores throb again, and the ache penetrates deeper. True comfort — the peace that surpasses all understanding (Philippians 4:7) and abides with us through all trials — comes only from the One who has overcome the world (John 16:33). “Come to me, all who labor and are heavy laden,” Jesus invites us, “and I will give you rest” (Matthew 11:28).

The idea that we are not our own is radical in our era, when Western society idolizes self-actualization. Even a casual perusal of social media reveals the predominant view that our feelings define our identity. According to the world, we’re to craft and mold our own image, declare our own destiny, and “live our best life.” According to the world, we belong to no one except ourselves.

While upon a cursory glance such principles may seem alluring, they buckle and crack beneath the strain of a sinful world. No matter how fervently we pursue our personal truth and seek to glorify ourselves, calamities strike that we can neither circumvent nor control. Illnesses overwhelm us. Natural disasters decimate our homes. Personal sins creep into and destroy the relationships we hold dear. Our hearts break, and we find ourselves unable to sort the pieces of our shattered lives. Far from guiding us toward truth, the stirrings of our own hearts inevitably lead us to destruction: “The heart is deceitful above all things, and desperately sick; who can understand it?” (Jeremiah 17:9).

In contrast with this desolation, Christ offers us a spring welling to eternal life (John 4:14). What relief to know that our greatest comfort — our peace, the deep meaning for which we all yearn — neither begins nor ends with our own weary, broken, weather-beaten hands. What solace to know that when we falter, Jesus carries us (Luke 15:4–6). When our efforts to save ourselves fail — and they always will — God lavishes us with grace. “See what kind of love the Father has given to us,” the apostle John writes, “that we should be called children of God; and so we are” (1 John 3:1).

The opening words of Heidelberg not only provide a wellspring of comfort, but they also call us to discipleship. The message that we belong to Christ stirs within us an abiding faith and gratitude that transforms the way we live. “Do you not know that your body is a temple of the Holy Spirit within you, whom you have from God?” writes Paul. “You are not your own, for you were bought with a price. So glorify God in your body” (1 Corinthians 6:19–20).

John Calvin powerfully reflects upon this truth in his Institutes:

We are God’s adopted children. We belong not to the world, not to ourselves, but to Jesus. This truth is our only comfort in life and death, our only light through the stormy seas, our only hope when the darkness encroaches. It defines us in a broken world. And it spurs us on to live not for ourselves, but for his glory (Romans 14:7–8).