Introducing the Good Faith Debates by The Gospel Coalition

Introducing the Good Faith Debates by The Gospel Coalition 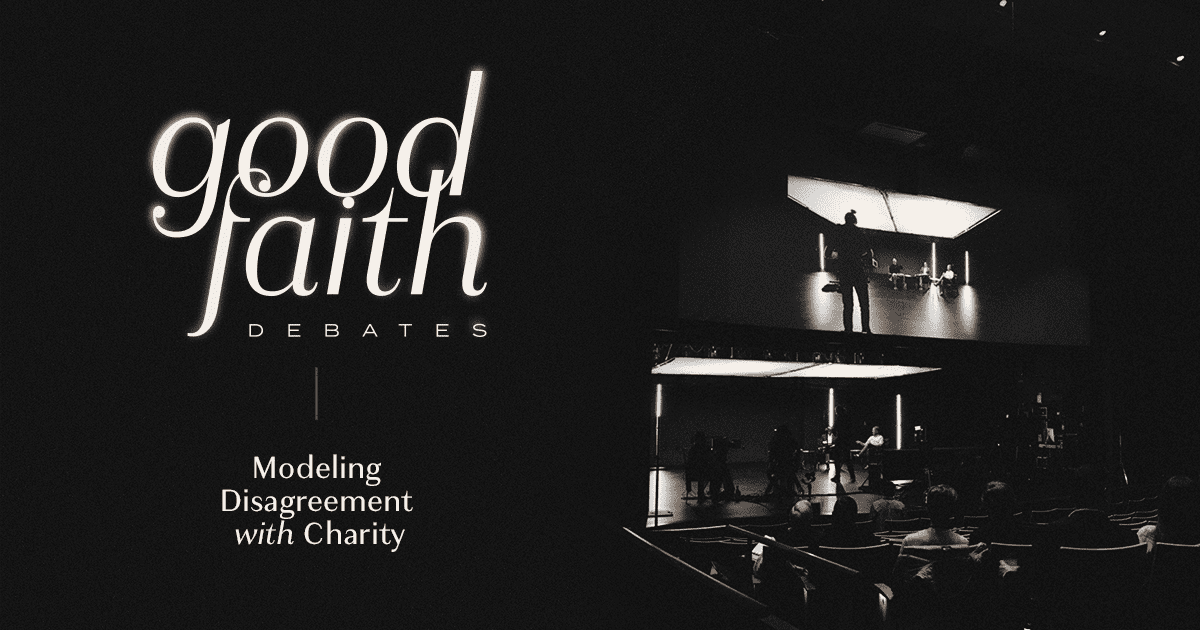 This week the blog is sponsored by  The Gospel Coalition and written by Collin Hansen.

Are you feeling pressure to understand and engage with an ever-growing array of confusing and polarizing issues? Perhaps you’ve witnessed bitter arguments tearing your family, friends, or churches apart.

You’re not alone. I feel it too. Every week I hear from confused and concerned Christians. They want less heat and more light. They want to stay focused on the gospel. They want to put their faith into action. They want to care. But they don’t know who to trust.

The Gospel Coalition serves the church by producing timely content that grapples with some of the most pressing issues of our time.

I’m praying that the Good Faith Debates will do just that. Early next month we’ll be releasing a five-part video debate series featuring prominent Christian thinkers discussing some of the most divisive issues facing the church today.

When we keep the gospel central, we can disagree on lesser but still important matters in good faith. In the Good Faith Debates, we hope to model this—showing that it’s possible for two Christians united around the gospel to engage in charitable conversation even amid substantive disagreement.

I’m looking forward to this series as we explore together how the gospel applies to all of life. We need better discourse than artificial cable TV fights designed to divide us. We need deep reflection on the contours of Christian freedom and obligation.

Gather some friends to watch together and begin your own discussion. You might even change your mind a time or two—and learn to disagree in good faith.

Sign up to receive notifications of when each new debate video is released.