Is God Still Good? Searching for Light in the Shadow of Doubt

By Mark Meynell — 2 months ago 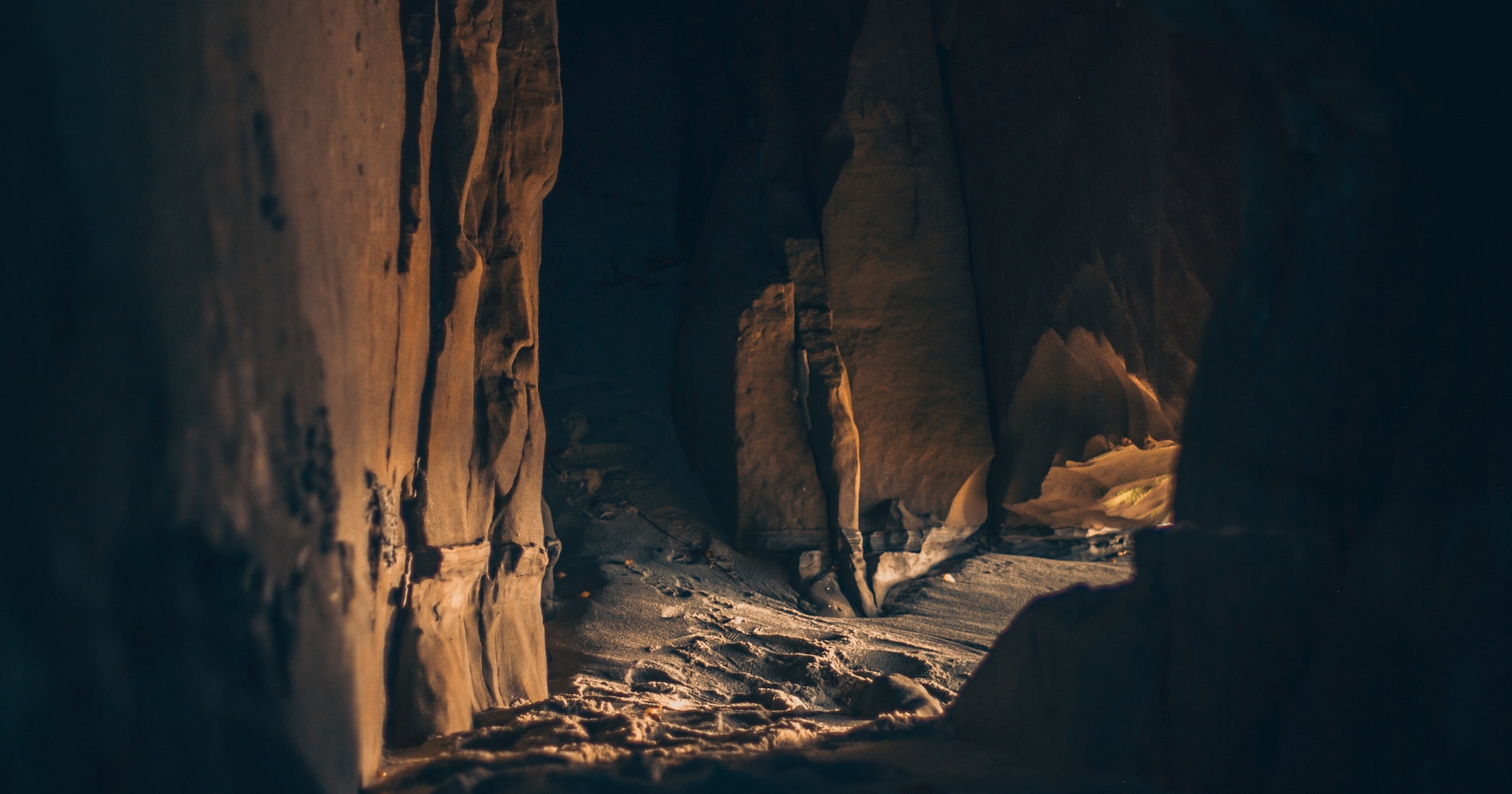 Here’s a provocative thought: being a Christian can make one more, not less, prone to depression.

Don’t get me wrong: I’m not denying the hope-filled, joy-giving spiritual reality of Christ’s work by his Spirit in our lives (Romans 15:13). Nor am I giving up on wanting others to know that reality for themselves. But as a believer for 33 years, and as an ordained minister for over 25, I can only say that depression has been an unavoidable feature of my discipleship (though by no means its totality, thankfully!). Not to mention many friends with similar stories.

Depressive illness is an affliction of the mind and heart. It disorients and confuses us, causing firmly held beliefs to be shaken or distorted, especially when those beliefs don’t seem to match up with our experience of life. But why do I say being a Christian can exacerbate, rather than alleviate, depression? How could my discipleship possibly open myself up to that?

Fundamental to all Christian ministry is the need to help people face reality: the reality of God, the reality of ourselves, the reality of life in a fallen world. Aspects of this reality are painful, even beyond our comprehension. But they are nevertheless aspects of reality. The cost of failing to face reality is serious: it can result in dishonoring or even blaming God; some may even give up their faith because they can’t reconcile difficult realities.

Let me give you an example. Consider these three core realities revealed in Scripture, as declared by the psalmists:

“Fundamental to all Christian ministry is the need to help people face reality.”

So far, so good. Taken individually, there’s nothing especially provocative or problematic about these wonderful and comforting truths.

However, when a Christian is battling depression — a mental darkness I visualize as a grim cave — this combination of truths can make trusting in God difficult. That’s when it’s hard to see how it all adds up.

Hard to Trust in Hard Times

If God is all-powerful and perfectly just and infinitely loving, it seems logical to assume that a simple click of his fingers could restore me to my right mind. Jesus did that very thing to someone, after all (Luke 8:35). But it just doesn’t happen like that. So where is God?

Alongside personal suffering, how about all those horrors in the daily news? As I write, Russia’s invasion of Ukraine (a country I have come to love deeply in recent years) is six months in. Colossal rainfall has caused flooding across one-third (!) of Pakistan. Civil war has returned to Ethiopia. And so on.

If God is all-powerful and perfectly just and infinitely loving, it seems logical to assume that a simple click of his fingers could make all the horror vanish. But it doesn’t. So where is God?

Hence my opening provocation. You see, the problem for the Christian is not one the atheist — or for that matter, the vaguely religious person — shares. We believe that all three statements about God hold true simultaneously. To risk understatement, this combination of truths is hard to cling to amid suffering, when they appear irreconcilable.

There’s a lot of misunderstanding about doubt. Some claim it is sinful for Christians to doubt at all, which is pretty awkward if you’re like me and have battled various doubts for as long as you’ve believed. Others seem to revel in doubt as if it is an intellectual virtue, perhaps because they can’t bring themselves to commit to believing anything with conviction.

Years ago, I learned the importance of distinguishing between varieties of doubt from reading Os Guinness’s great book In Two Minds: The Dilemma of Doubt and How to Resolve It (now out of print, but a reworked version is still available under the title God in the Dark). When it comes to wrestling through difficult doubts in a cave of depression, I have found it helpful to try to distinguish carefully between three types of doubt:

Doubts from Deliberation: These doubts are an unavoidable part of making up one’s mind between two or more options as we sincerely evaluate evidence, weigh costs, and grasp consequences. These doubts feel a little like suspended animation, and they are vital to avoid being duped. We can see the Berean Jews working through such doubts in Acts 17:11–12, and most of us know of saints, like C.S. Lewis, whose conversions were the result of a long deliberative process.

Doubts from Disorientation: These doubts result from our inability to reconcile a truth about God we believe with an apparently contradictory reality we perceive, such as our three biblical statements about God, especially in a context of traumatic suffering, grief, or the deep darkness of mental illness. We see saints wrestling through doubts from disorientation in places like Job (more about him in a moment), Psalm 73, Psalm 88, and Lewis’s memoir of grief following the death of his wife.

Doubts from Rebellion: These doubts spring from a settled rejection of a truth claim or relationship — what the Bible tends to portray as a more hardened form of unbelief. We’re strongly warned against these doubts in Hebrews 3:12–19.

When people warn us about doubt, it is the rebellious type that most worries them. That’s why I use the phrase “doubts from,” to encourage us to help one another honestly examine the states of mind and heart in which our doubts are rooted. My concern here is to help sincere Christians, who truly desire to embrace all that God declares is true, yet can wrestle through confusing Christian doubts, especially in a cave of disorienting depression.

To that end, I’ll point you to a biblical mentor who’s been very helpful to me.

With Job in the Cave

Because depression distorts and disorients, we are tossed into a whirlpool of indecision and confusion. These are doubts that result from a mental illness. But because another common characteristic of this darkness is an overwhelming sense of guilt, we can beat ourselves up for having that confusion in the first place (especially when taught that doubting is always bad).

So now we need some biblical perspective on the whole situation. I wonder if you have realized that holding the trio of truths together is precisely the intellectual challenge in what is probably the Bible’s oldest document: the book of Job. Job’s friends simply can’t accept that there might be cases of human suffering that defy their moral logic, that are undeserved. But Job insists they are wrong: God is all-powerful, perfectly just, and infinitely merciful, but Job has not deserved his suffering.

If you find the trio difficult, you’re not alone. The trio presents a theological and philosophical tension as old as the hills. So what do we do when what we experience, like Job, seems to call it all into question? Here’s where Job determined to ground his certainty when he couldn’t reconcile his experience of suffering with God’s power, justice, and love:

I know that my Redeemer lives, and at the last he will stand upon the earth. (Job 19:25)

Job had so many questions. And the odds stacked against such faith were enormous. But somehow, he knew enough to know that he would be vindicated. We know the end of the story: God rebukes the faulty logic of the friends and vindicates Job (without answering his questions, though!). This response points to what I cling to when dizzied by the whirlpool.

The Cross Is the Key

Job was right: enduring doubt depends on knowing the living Redeemer. As Christians, we know his name. Not only that, but we know how he redeems. And this is the miracle that can hold all three truths together for us when they surpass our comprehension.

Do you see it? The cross is the key. The cross is my rock when in sinking sand, at precisely the times when nothing else seems reliable.

“We don’t have everything resolved yet. But because of the cross, we know it will be.”

So I have learned in the darkness to do something by an act of will: I have decided to park all my myriad doubts, real and valid though they invariably seem. Instead, I cling to the cross.

I can’t say I manage it always. It is such a struggle sometimes. I pray, “Lord, I believe. Help my unbelief!” (Mark 9:24). And sometimes, it gets so dark I need someone to help me by believing it for me, perhaps simply by seeing me as someone who is not doomed.