On the Changing of the Dictionaries

On the Changing of the Dictionaries 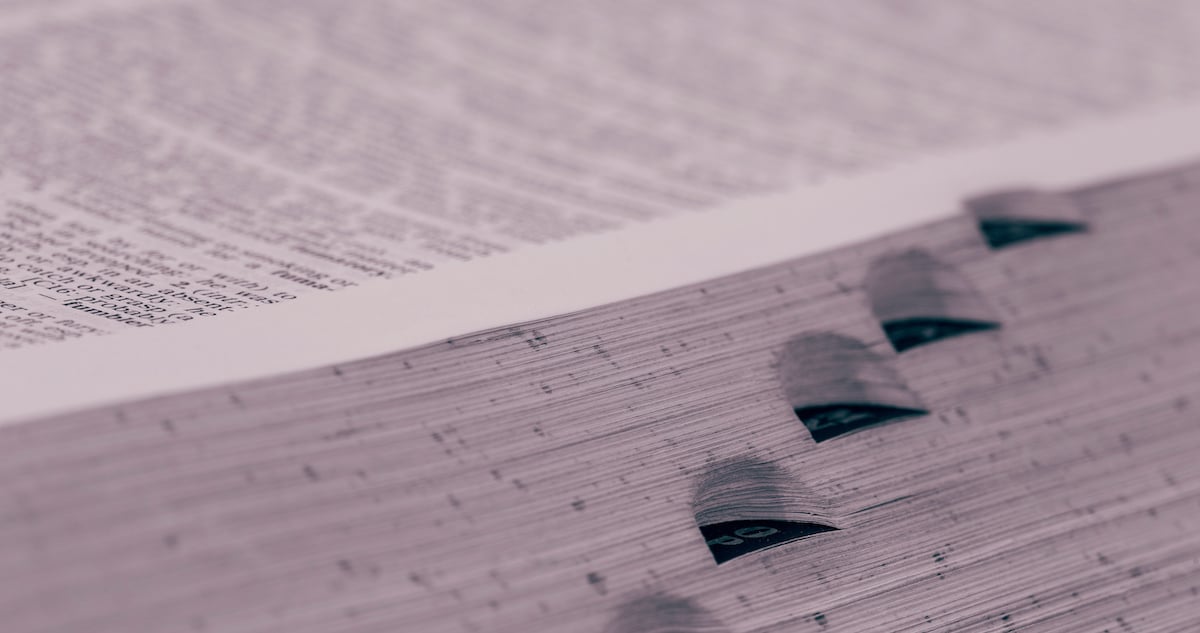 There is something morbidly fascinating about watching dictionaries slowly but surely change their definitions of common words. It raises some questions, not the least of which strike to the very purpose of a dictionary. Is a dictionary meant to be an objective arbiter of the meaning of words? Or is a dictionary meant to subjectively list the ways in which words are used among the speakers of a particular language at a particular time? These are valid questions, especially in moments when certain key words are being intensely debated.

It is not without significance that Dictionary.com’s word of the year for 2022 was woman. “It’s one of the oldest words in the English language,” they say. “One that’s fundamental not just to our vocabulary but to who we are as humans. And yet it’s a word that continues to be a source of intense personal importance and societal debate. It’s a word that’s inseparable from the story of 2022.” They explain that searches for the word spiked last year, first when Judge Ketanji Brown Jackson was asked to provide her definition of the term—a request she denied—, then again at the overturning of Roe v. Wade and, though they don’t mention it, probably also when Matt Walsh released his film What Is a Woman?.

It was a rare case of not just a word in the spotlight, but a definition. We at Dictionary.com weren’t the only ones to take notice. The prominence of the question and the attention it received demonstrate how issues of transgender identity and rights are now frequently at the forefront of our national discourse. More than ever, we are all faced with questions about who gets to identify as a woman (or a man, or neither). The policies that these questions inform transcend the importance of any dictionary definition—they directly impact people’s lives.

They make their position on dictionaries clear when they insist that the purpose of theirs is to reflect “how people use words in the real world” and they make their position on gender identity clear when they insist that a “dictionary is not the last word on what defines a woman. The word belongs to each and every woman—however they define themselves.” In other words, they believe people are free to define themselves however they see fit and that a good dictionary will serve people by ensuring it defines words in such a way as to affirm individuals’ self-identity.

It’s only fair to point out that dictionaries do routinely change words to keep up with the times. Look up the word bomb and you’ll find definitions that are relatively recent—definitions that may help people understand what it means when someone says, “that movie bombed” or “that movie was the bomb” or “don’t ever shout ‘bomb’ in a crowded movie theater.” Meanwhile, they also remove or de-prioritize definitions that have become antiquated. In that way we do expect dictionaries to provide definitions of words as they are actually used.

Yet dictionaries are also considered sources of truth, perhaps even objective truth, and are often used to back up truth claims. We appeal to dictionaries when we have disputes and expect they will guide us well. We have been trained to know that when we wonder at the meaning of a word—a word like woman, for example—we should turn to a dictionary for its guidance. In days past we would have found a definition like “an adult female human being.” Today, though, we may also find something like this: “an adult who lives and identifies as female though they may have been said to have a different sex at birth” (Cambridge). (It should be noted that while many people are saying we need to insist upon defining woman as “an adult female human being,” some dictionaries have also changed the definition of female to something like “having a gender identity that is the opposite of male” (Merriam-Webster).)

What is the point of considering how dictionaries are changing today? First, it affirms that in our day everything is political and that all of society’s structures and institutions are being made subservient to political ends. Hence even dictionaries are expected to play their part by changing words in response to changing cultural narratives. What was until recently unthinkable has now been enshrined by the institutions that are considered to have the greatest definitional authority. (See Carl Trueman on this.)

Second, it affirms that in our society self-definition is considered unassailable so that a person’s individual defining of a word must reign over a dictionary’s. A dictionary can suggest, but it is the individual who determines. Ultimately, if I say I am a woman, I am a woman, no matter what the dictionary (or biology textbook) might say. For the individual is sovereign over even definitions and no one has the right to tell me I have defined myself wrongly or inaccurately.

Third, it affirms and reaffirms that as Christians there is no earthly institution that we can fully rely on, for all of them are influenced by “the prince of the power of the air, the spirit that is now at work in the sons of disobedience” (Ephesians 2:2). Even dictionaries will be turned against the Lord, against his people, and against his truth. Even they will make him an enemy.