Ruminations on Revelation: Solomon’s Reflections on Wisdom in Ecclesiastes

By Hannah Ascol — 9 months ago

Ruminations on Revelation: Solomon’s Reflections on Wisdom in Ecclesiastes 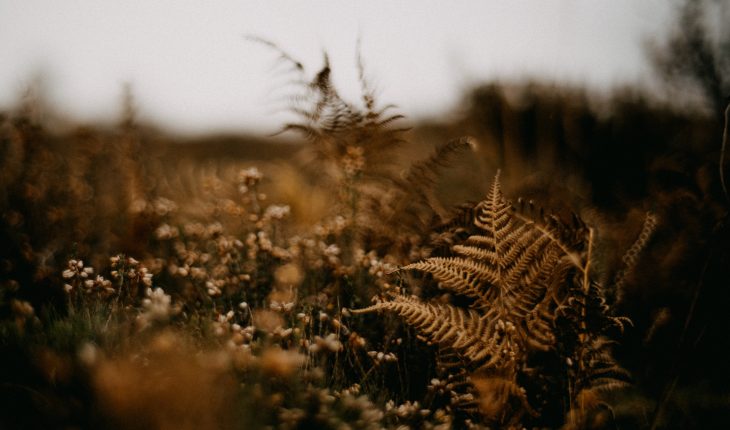 In the last chapter of Ecclesiastes, Solomon brought focus to the importance of strict attention to the written wisdom given by God (12:9-14). Solomon, from the beginning of this book, stated his purpose to employ all the talent and experimental method at his disposal in writing this book (1:13, 17; 2:3, 9). This is generally true of all the writers of Scripture. They do research, they reason on the basis of divine providence, and seek proper interpretation of already-certified Scripture. They look to their own encounters with God and his truth. According to the nature of revelation, many of the things that they set forth as revealed truth utterly transcend both their experiences and their self-conscious gifts. At the same time, they knew that at no point were they merely unconscious amenuenses. Instead, they were being used by God as he employed their peculiar gifts and experiences. Note how Peter said, “I will make every effort so that after my departure you may be able at any time to recall these things” (2 Peter 1:15). This statement came in the immediate context of his testimony that his words were giving greater clarity to the revelation that had come before (19). He himself, was, like the prophets “carried along by the Holy Spirit” even in the context of his “effort.”  Solomon, in this task given him by God was “weighing and studying and arranging . . . with great care.” From a literary standpoint, he “sought to find words of delight, and uprightly he wrote words of truth” (12:9, 10).

Though Solomon was engaged in the project as a conscientious literary artist, or closely reasoning philosopher, in the end he does not doubt that his product would be “words of truth.” He presented the image of goads and nails “firmly fixed” (12:11). This particular labor, though all others that he described were “chasing after the wind,” was of sober purpose and enduring value. These words, taken in the whole, embodied truth. Even as Paul before Agrippa and Festus, Solomon could use such language, “I am not out of my mind, most excellent Festus, but I am speaking true and rational words.” (Acts 26:25). The writers of inspiration were aware both of the use of their labors and capacity as well as the perfect truth and authority given their writing by the Spirit of God. See Luke 1:1-4; Romans 14:14-21; 16:25-27; 1 Corinthians 2:10-13; Ephesians 3:1-13; 1 Peter 5:12; 2 Peter 3:1, 2; 1 John 1:1-4; Revelation 22:18, 19. In each of these scriptural testimonies, we engage both the transcendent character of revelation inscribed by inspiration and the writers’ consciousness that their own minds and perceptions stewarded that body of truth.

Solomon was also conscious that this book was superintended by God and that its teachings, understood correctly, are sure guides as part of a larger collection of inspired literature. The “collected sayings”(12:11) were given by one Shepherd.  When combined with other inspired writings, this contemplation of Solomon as the Preacher gives depth and contour to the entire picture of the divine purpose of God in glorifying Himself through the wisdom of the plan of redemption. The “collected sayings” refer immediately to the accumulated argument of Solomon in this book and the conclusion toward which it drove him. By extension, this refers to the entirety of revelation, the “collected sayings,” at the end of the inspiration to record revelatory truth is final. Though many people will write books, one must make sure that the teaching of another does lead him away from the truths revealed in Scripture—“Beware of anything beyond these” (12:12).

Many, many books, and a virtually infinite presentation of opinions will flood the world as author after author desires an audience either for material gain or for philosophical or political fame. Seeking to grasp all these opinions and understand the nuances of the thought of so many varying and contradictory opinions is indeed a “weariness to the flesh.” If an infatuation with such vanities and the thoughts of persons with such limited scope of understanding drives us away from the fullness of truth contained in divine revelation, then the warning is intensified for us, “Beware of anything beyond these.” Paul labored to bring “every thought captive to obey Christ” by destroying “arguments and every lofty opinion raised against the knowledge of God” (2 Corinthians 10:4, 5). For this reason Paul told Timothy, “Charge certain persons not to teach any different doctrine nor to devote themselves to myths and endless genealogies, which promote speculations rather than the stewardship from God that is by faith” (1 Timothy 1:3, 4).

Solomon concludes his writing with a final statement of its purpose and a concomitant warning.  He has made observations about wisdom and foolishness, righteousness and unrighteousness, legitimate pleasure and dissolute living, this short life and the long home of death, authority and submission, freedom and judgment, divine sovereignty and human responsibility, time and eternity. Now he gives the conclusion that he has reached, under the guidance of the “One Shepherd.”  All of these things, considering the final vanity of everything  when viewed from the perspective of this life only, resolve into this infinitely important and compelling single duty: “Fear God and keep his commands.”

This is a confirmation of all the Law and the prophets, to love God with all our heart, mind, soul, and strength. To fear God includes viewing him with a sense of awe and wonder in light of his holiness, a holiness that is seen as the essence of beauty and loveliness. If holiness is the sum total of his attributes (or if holiness gives unity to each of his diverse attributes), it is eternal and immutable, never-changing, never diminishing, never augmenting. But to creatures, though God never changes, he is incomprehensible. Because incomprehensible, never will there be a time in eternity when there are not more expressions of beauty unfolding even though nothing can be added to his eternal infinite attributes. Both in unity and eternal diversity God will be displayed in eternally unfolding layers of beauty, joy, pleasure, and exuberant happiness. When viewed in this way, an accompanying affection is love, for one cannot look upon infinite holiness, impeccable righteousness, and condescending mercy with the proper sense of fear and wonder, without at the same time being engulfed with a complacent love for the perfection of the character of such a Being.

To fear God includes viewing him with a sense of awe and wonder in light of his holiness, a holiness that is seen as the essence of beauty and loveliness.

Solomon’s words, “Keep his commandments” (12:13) brings us immediately into the realm of the purpose of the Law. God requires an absolute obedience to his law for those that will enjoy eternal life in his presence. “Cursed be everyone who does not abide by all things written in the Book of the Law, and do them” (Deuteronomy 27:26 cited in Galatians 3:10) and “If a person does them, he shall live [achieve the goal of eternal life] by them” (Leviticus 18:5 cited in Galatians 3:12). Paul says “For it is not the hearers of the Law who are righteous before God, but the doers of the law will be justified” (Romans 2:13).

Solomon also has established the fact that, though created in innocence and righteousness, the single great reality of the present human condition is his sinfulness. It is original, it is personal, it is progressive, it is destructive. (Ecclesiastes 7:20 ,29; 8:11ff ; 9:3) We are, therefore, in consistent violation of the supreme duty that is absolutely incumbent upon us.  None of our actions, our thoughts, will be invisible to God in the day of final reckoning. “God will bring every deed into judgment, with every secret thing, whether good or evil” (12:14) Though at times, Solomon’s language seemed to despair of any meaning to anything, he now sets forth this great truth, that, viewed from the standpoint of eternity and the perfection of God’s moral nature and the legitimacy of his law to his creature, nothing in the view of eternity is empty but all will come before him for commendation or blame. His perfect standard will not be compromised but will be the inflexible guide and will be viewed as holy and just so that every mouth is stopped and the whole world held guilty before God.

In this light, we again see that the Law is a schoolmaster, or guardian, to lead us to Christ in whom alone is that perfection of righteousness called for by the Law. The Law, this law approved by Solomon, holds before us both righteousness and judgment until “Christ came in order that we might be justified by faith” (Galatians 3:24) In his coming he accomplished righteousness and received our judgment so by submitting with perfect resignation to his atoning work, we are given union with him for both the removal of judgment and the imputation of righteousness.

Solomon’s solemn and thorough investigation of life here in the light of eternity pushes forward the design of God’s redemptive revelation. The revelation of how absurd and utterly vain all existence would be if viewed only from a temporal standpoint serves as a foundation for the clear revelation given to Paul, “For this slight momentary affliction is preparing for us an eternal weight of glory beyond all comparison” (2 Corinthians 4:14),