Should Rich Christians Downgrade Their Lifestyle? 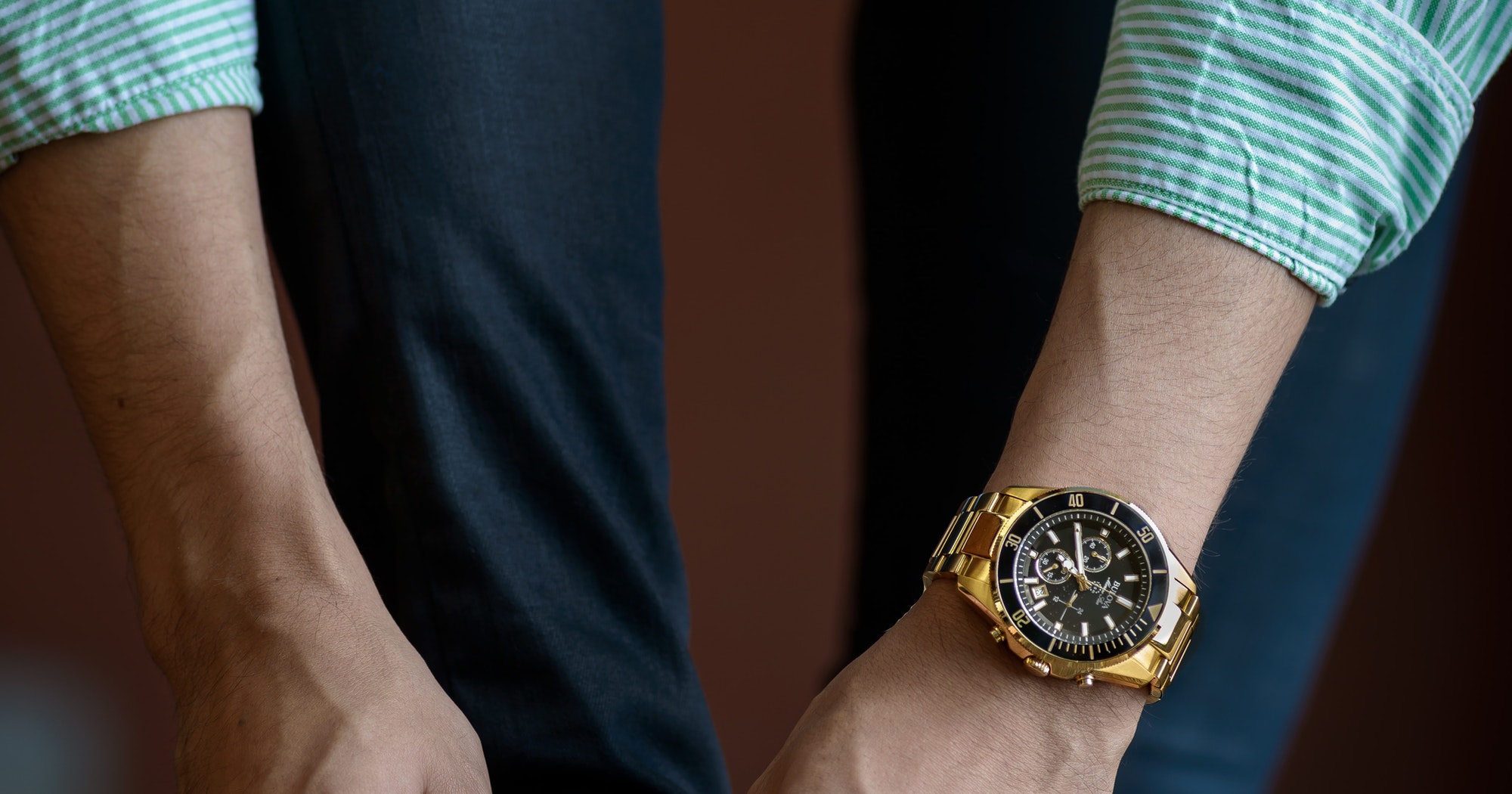 Are rich Christians commanded to downgrade their living standards? It’s a question from Kevin, a listener to the podcast in South Dakota. “Pastor John, thank you for this podcast and for your ministry. And thank you for preaching against the prosperity gospel and for your personal model of contentment and generosity. All of this is prophetically needed in our age. But I also have a remaining question on wealth, specifically about 1 Timothy 6:17–19. I am a middle-class American, not fabulously wealthy according to the cultural standards of my day. But in the global perspective, and historically, I am wealthy. Whenever I hear you teach on Paul’s text, I hear you imply that the Christian wealthy are called to intentionally downgrade their lifestyles. They should live in smaller homes than they could manageably afford and enjoy the simpler pleasures of life. There’s a wonderful warning here about trusting in wealth that we should all be aware of.

“However, Paul does not seem to say in this text that the wealthy should downgrade their personal lifestyles. I read Paul and presume that a wealthy Christian today could live in an eight-thousand-square-foot, two-million-dollar mansion, drive a new BMW, and still also have their hope set on God, the giver of all these gifts, as they magnify Christ in their honest business dealings. But in that situation of abundance, Paul would tell them: Don’t be proud. Die to self-sufficiency. Enjoy it all as a gift, and never set your hope on riches. Instead, ‘be rich in good works’ and ‘be generous and ready to share’ (verse 18). I can see him discouraging the rich from seeking greater wealth accumulation or ‘barn-building,’ as Jesus called it. But Paul also does not seem to be too concerned with calling the wealthy to purposefully downgrade their own living conditions either. Am I missing something here?”

No, I’m not equating wealth-holding with slaveholding. The point of that comparison is this: If Paul chose to explode slaveholding not with direct indictment but with theological dynamite like 1 Corinthians 7:23 — “you were bought with a price; do not become bondservants [slaves] of men” — could it be that he might take the same theological, explosive approach to weaning people away from luxury?

Now before I illustrate what I mean by that, let me clarify something that I’m very aware of: I am aware that any warnings or admonitions that I might give to someone who lives a life ten times more lavish than my own, someone could give to me whose life is one-tenth as lavish as my own. And I am aware, as an American, that this latter group, globally, who live lives that are less than one-tenth as lavish as mine, are 99 percent of the world.

Now, here’s the implication of that awareness: Either I am a first-class hypocrite, which is possible, or I am a culturally conditioned voice trying to let the word of God call Western affluence to account, including my own, in the light of Scripture, without specifying precisely what degree of affluence is destructive to spiritual life and witness.

So then, how does the New Testament address the issue of luxury and opulence and lavishness and riches? Kevin, of course, is right that Paul does not speak to the wealthy in his churches with condemnation — or to the slaveholder either, by the way. The text Kevin refers to is this:

As for the rich in this present age, charge them not to be haughty, nor to set their hopes on the uncertainty of riches, but on God, who richly provides us with everything to enjoy. They are to do good, to be rich in good works, to be generous and ready to share, thus storing up treasure for themselves as a good foundation for the future, so that they may take hold of that which is truly life. (1 Timothy 6:17–19)

So here’s the question: When these wealthy Christians have reckoned with the uncertainty of riches, set their hope in God, have done good, have been rich in good works, have been generous, have been ready to share, have taken hold of life that doesn’t consist in possessions, what do you think is left for them to live on?

“The New Testament relentlessly pushes us toward simplicity and economy for the sake of the gospel.”

Well, right: it doesn’t say — which is why I have never precisely specified what degree of luxury is destructive to spiritual life and witness. On the other hand, as I read the New Testament, I think it is my job, as a biblical voice trying to be faithful to what’s there, to disturb the wealthy — including John Piper, especially him — by drawing attention to the ways that the New Testament relentlessly pushes us toward simplicity and economy for the sake of gospel advance and away from luxury and affluence and finery.

So, let me push in the other direction from Kevin when he says this: “I . . . presume that a wealthy Christian today could live in an eight-thousand-square-foot, two-million-dollar mansion, drive a new BMW, and still also have their hope set on God, the giver of all these gifts, as they magnify Christ in their honest business dealings.” Now, my response to this is to push in the opposite direction, knowing that there are far more powerful ways to magnify Christ than through honest business dealings, as good as that is, and knowing that there are many other passages of Scripture that ought to get under the skin of those of us who want to surround ourselves with vastly more than we need.

Now, why would that be? Why would Jesus say that? Why does wealth make it hard to get into heaven? Why is being wealthy dangerous? Let me mention four biblical pointers to why that would be.

Jesus warns in the parable of the soils in Luke 8:14 that people are “choked by the cares and riches and pleasures of life.” These are not neutral; they have a tendency to choke the vitality of radical Christian living. So, the word to the rich like me should never be merely, “Oh, you’re okay if you’re honest.” Actually, you’re not necessarily okay. You’re in danger.

2. Wealth hinders us from radical obedience.

Jesus said in Luke 14:33, “Any one of you who does not renounce all that he has cannot be my disciple.” Now of course, from all the other texts, we know this doesn’t mean that Christians don’t own anything. It means they are radically free from the control of possessions and always ready to do the most life-threatening acts of obedience. But the more accustomed we become to the lap of luxury, the more difficult this is and the less it looks to outsiders as if we are in fact that free from things, and that ought to matter to us. It ought to matter to us what inferences people might be drawing.

In Philippians 1:20, Paul said that his goal in life was that Christ would be magnified in his body, “whether by life or by death.” In other words, he wanted to live and die in a way that would appear to the world that Christ was magnificent to him — more satisfying than possessions or life.

And to that end, he said in Philippians 3:8, “I count everything as loss [rubbish] because of the surpassing worth of knowing Christ Jesus my Lord.” In other words, we don’t magnify Christ just by being honest in our business dealings. We magnify Christ by living in such a way that communicates to the world that Christ is more valuable to us than houses and cars and lands and life itself.

Which brings us finally to the fourth pointer to why it’s hard for the rich to enter heaven — namely, whether the motives for pursuing symbols of wealth (whether we think of them that way or not, they are) are pure. It is difficult to keep them pure — very difficult.

So, back to the two-million-dollar mansion, or there is a house here in Lake Minnetonka that went on sale yesterday in my area for fifteen million dollars. Why would a Christian — whose treasure is in heaven, and whose life is devoted to doing as much good as he can, and whose desire is to show the world that Christ is more precious than things — why would a Christian want to look like riches are his treasure? What would be the motive for buying such a mansion and surrounding yourself with more and more and more than you need?

“Why would a Christian want to look like riches are his treasure?”

And maybe I should end with just one more question for the mansion owner: Who are you going to leave it to when you die? If you have experienced the miracle of treasuring Christ above all things and of living for the good of others, do you think that handing off all this wealth to others will help them experience that miracle? Do you think it will do your children good to make them wealthy or to put a palace in the hands of some ministry?

My position is this: without specifying what measure of wealth is destructive to the soul or to our witness, the New Testament relentlessly pushes us toward simplicity and economy for the sake of the gospel and away from luxury and affluence.