By Jon Bloom — 3 months ago 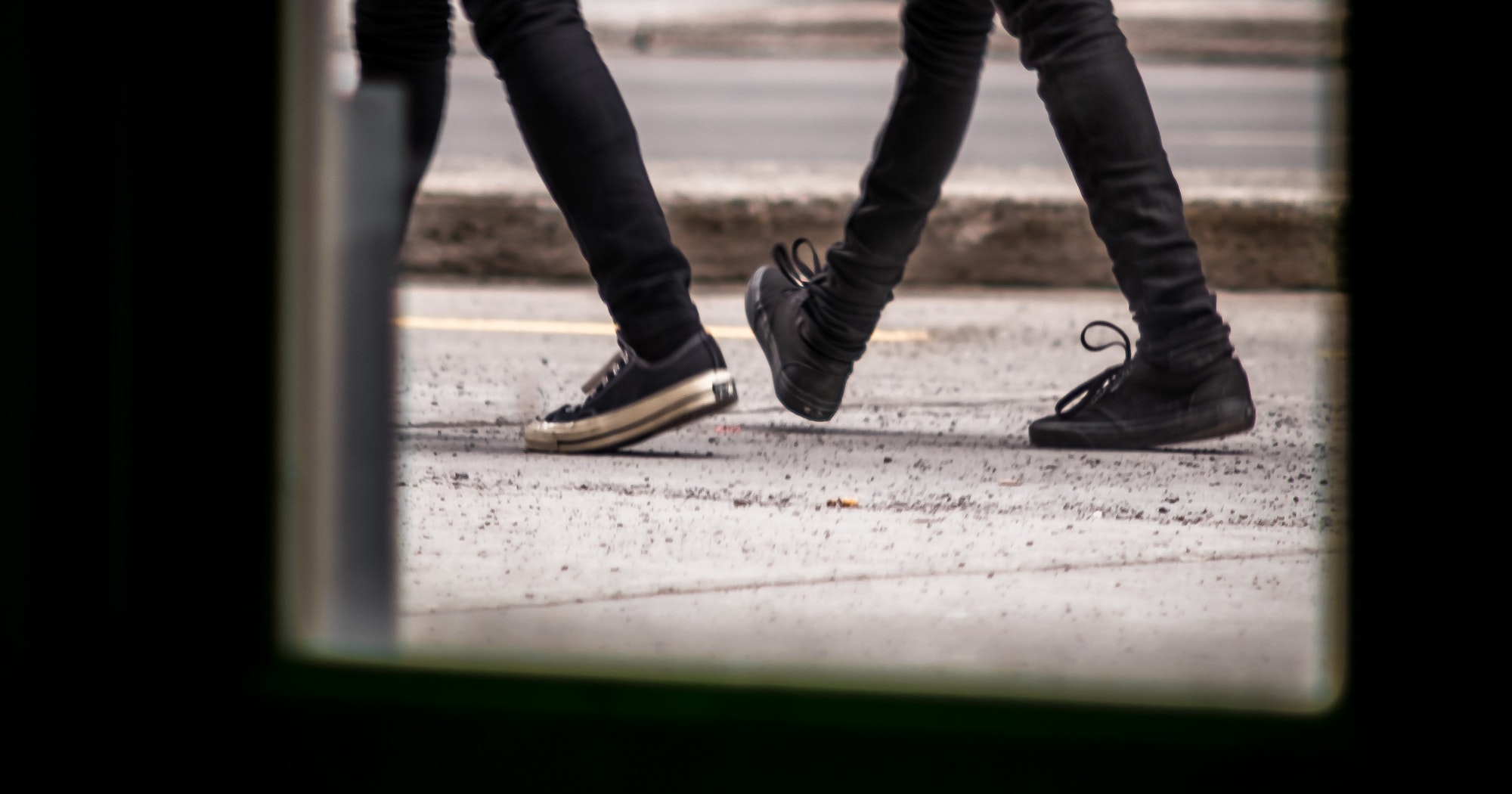 A few months back, considering the heightened level of contention among some American Christians in recent years, I stumbled upon this golden nugget of pastoral wisdom from Richard Sibbes, the English Puritan pastor from four hundred years ago:

It were a good strife amongst Christians, one to labor to give no offense, and the other to labor to take none. The best men are severe to themselves, tender over others. (The Bruised Reed, 47)

Sibbes was exhorting his Christian brothers and sisters during a terribly contentious historical moment, when professing Christians in England were saying and doing appalling things to one another. And it seems to me that we would be wise to heed Sibbes’s counsel, and do our part to contribute to the collective public reputation Jesus desires for us: “By this all people will know that you are my disciples, if you have love for one another” (John 13:35).

We all know from Scripture, however, that there are times when faithful love requires us to speak hard, even sharp, wounding words (Proverbs 27:6). And we all know that those on the receiving end of our hard, wounding words may, and often do, find them offensive. So, if we embrace Sibbes’s biblical principle that, when possible, we all, for the sake of love, should labor to give and take no offense, what principle should guide us for the (hopefully) rare exceptions when we must, for the sake of love, risk offending someone with our words?

“There are times when faithful love requires us to speak hard, even sharp, wounding words to someone.”

Well, not surprisingly, Sibbes has something very helpful to say about this as well. But first, I need to provide the biblical context from which Sibbes draws his principle.

Jesus on the Offensive

It was during the last week of Jesus’s earthly life, just days before his crucifixion. There had been numerous tense verbal exchanges between Jesus and the religious leaders, as the scribes, Pharisees, and Sadducees all tried to get Jesus to incriminate himself with his words — and all failed. So, they gave up that strategy (Matthew 22:46).

And then Jesus laid into them, delivering seven prophetic, scathing “woes” to the scribes and Pharisees, requiring 36 of 39 verses in Matthew 23 to record. Here are a few choice excerpts:

Woe to you, scribes and Pharisees, hypocrites! For you shut the kingdom of heaven in people’s faces. For you neither enter yourselves nor allow those who would enter to go in. (Matthew 23:13)

Woe to you, scribes and Pharisees, hypocrites! For you travel across sea and land to make a single proselyte, and when he becomes a proselyte, you make him twice as much a child of hell as yourselves. (Matthew 23:15)

You blind guides, straining out a gnat and swallowing a camel! (Matthew 23:24)

You are like whitewashed tombs, which outwardly appear beautiful, but within are full of dead people’s bones and all uncleanness. (Matthew 23:27)

You serpents, you brood of vipers, how are you to escape being sentenced to hell? (Matthew 23:33)

This is Jesus at his most offensive — at least we would have thought so, had we been scribes or Pharisees back then.

But this raises an important question: Just because most of the scribes and Pharisees would have taken offense at Jesus’s words, does that mean he was truly being offensive? The distinction may seem small, but answering the question illuminates when our own love requires hard words — and what our aim in those hard words should be.

To answer, we need to briefly look at how the New Testament defines an offense. (Then I promise I’ll share that other gold nugget from Sibbes.)

Let’s start by tackling one of the most straightforward statements on offense in the New Testament: “Give no offense to Jews or to Greeks or to the church of God” (1 Corinthians 10:32). Just on the face of this phrase, it looks like Jesus broke a Spirit-inspired command. But these few words don’t tell the whole story. We need to examine their context to understand what Paul specifically means when he says to “give no offense.”

He makes this statement after spending three chapters instructing the Corinthians to “take care” that they not exercise their Christian freedoms (like eating meat that had been sacrificed to idols) in a way that “somehow become[s] a stumbling block to the weak,” thereby destroying another’s faith (1 Corinthians 8:9). And then, as examples of forgoing personal freedoms for the sake of love, Paul describes three ways he and Barnabas had set aside their apostolic “rights”:

And why did they deny themselves in these ways? Because, Paul says, “We endure anything rather than put an obstacle in the way of the gospel of Christ” (1 Corinthians 9:12).

And right there we see what Paul means by an offense to Jews, Gentiles, and Christians: anything that is an obstacle to faith in Jesus. At one place, he even says, “If food makes my brother stumble, I will never eat meat, lest I make my brother stumble” (1 Corinthians 8:13). The Greek word Paul uses here for stumble (skandalizō) is the same word Jesus uses when he warns us not to cause “little ones who believe in [him] to sin,” and to cut off our hand or foot or tear out our eye if it causes us to sin (Matthew 18:6–9).

These texts (and many more) capture what the New Testament considers a true offense: saying or doing anything that would prevent others from coming to faith in Christ or persevering in their faith.

Painful Application of a ‘Sweet Balm’

Now we can return to our question: Just because most of the scribes and Pharisees would have taken offense at Jesus’s words, does that mean he was truly being offensive — in the New Testament sense? Finally, it’s time to share that gold nugget from Richard Sibbes I promised:

We see that our Saviour multiplies woe upon woe when he has to deal with hard hearted hypocrites (Matthew 23:13), for hypocrites need stronger conviction than gross sinners, because their will is bad, and therefore usually their conversion is violent. A hard knot must have an answerable wedge, else, in a cruel pity, we betray their souls. A sharp reproof sometimes is a precious pearl and a sweet balm. (The Bruised Reed, 49)

I love Sibbes’s take on Jesus’s scathing rebuke of the scribes and Pharisees. He didn’t lose his temper with them and unleash his pent-up frustration with offensive language. He was taking the sharp wedge of a hard rebuke to the hard knots of their hearts.

If, like me, you’re an inexperienced woodsman, you may wonder what a wedge has to do with a knot. Sibbes was quoting an old proverb everyone probably knew back when felling trees was a normal part of life and a sharp wedge was needed to break through a hard timber knot.

“Jesus took the sharp wedge of his words to the knot of their unbelief. He applied a ‘sweet balm’ with painful reproof.”

The wedge wasn’t the real offense; the knots were the real offense. The scribes and Pharisees were putting obstacles in the way of the gospel (1 Corinthians 9:12), obstacles that were preventing both them and others from entering the kingdom of God (Matthew 23:13). It would have been a “cruel pity” for him to say nothing — or to say something soft. So Jesus took the sharp wedge of his words to the knot of their unbelief. Or to use another image from Sibbes, he applied a “sweet balm” with painful reproof. And we can see the heart behind this reproof in the tears of Jesus’s lament that appear in the last three verses of the chapter (Matthew 23:37–39).

This is why Nathan risked offending King David (2 Samuel 12); it’s why Paul risked offending Peter (Galatians 2:11–14); it’s why Jesus risked offending the scribes and Pharisees; and it’s why we are sometimes called to risk offending someone with a painful rebuke. In these cases, if our motive is love and our goal is to remove a stumbling block from someone’s path of faith, our hard words are not truly offensive. They are acts of love, the “faithful . . . wounds of a friend” (Proverbs 27:6). If our hearers find them to be “a rock of offense” (1 Peter 2:8), it may be due to the hard knots of unbelief in their hearts, rather than the sharp wedge of our words.