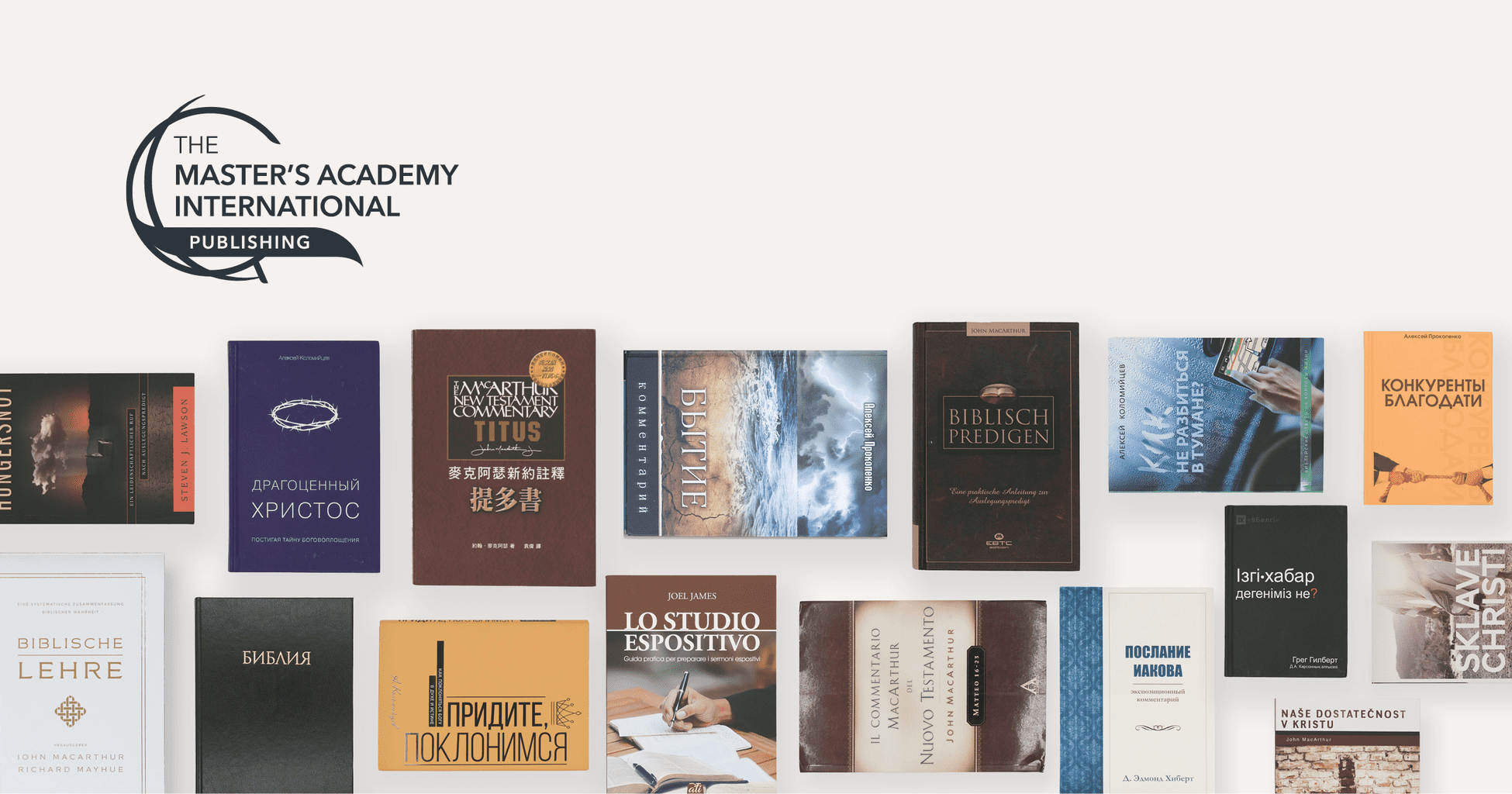 This week’s post is sponsored by The Master’s Academy International (TMAI), a global network of pastoral training centers that specialize in expository preaching.

I love to recommend good and God-honoring books. And with so many insightful resources to point to and so many publishers to print them for us, I think it’s good to reflect on how we as Christians are so extraordinarily blessed to be surrounded by such a vast number of biblical resources. But when we do that, we have to realize that this is hardly the experience of all Christians everywhere. In fact, for most Christians around the world today, it’s rare for theologically sound books to exist at all in their native language, much less their local market.

That’s why I am so enthusiastic about the global publishing initiatives of The Master’s Academy International (TMAI). They are a worldwide non-profit network of pastoral training centers that equip indigenous church leaders to preach the word and shepherd their people. A natural extension of this ministry is publishing. So just like we in the West are blessed to have so many pastors and scholars who preach and write for us here, TMAI is working to raise and equip pastors and scholars to preach and write for Christians there—in the streets of Ukraine, Croatia, India, Japan, and many other places.

To get behind TMAI and their global publishing efforts, check them out here.

Part of why I appreciate TMAI’s work  in drawing attention to the importance of publishing for missions is because I’ve seen the benefits of this myself when I traveled to Germany for the EPIC series. When we look back into the history of our own Reformed traditions, we see that before Germany became “ground zero” for the Reformation, it became the place where God wanted Gutenberg to invent the printing press, and that’s no accident. It was revolutionary for the advancement of the gospel that Luther had the ability to publish sound doctrine and distribute it across Europe en masse. It was this publishing infrastructure that God used to give local pastors like Luther such a tremendous voice in their communities. And to this day, hundreds of years later, a guy like me sitting all the way on the other side of the world can still pick up a book and benefit from the things Luther wrote about our Lord. Publishing is a gift with global potential.

TMAI gets this. Nearly every one of their 18 Training Centers has a growing publishing ministry that is making godly books accessible and affordable for Christians in their various communities and language groups. They want to help make sure that pastors and laypeople around the world are well stocked with theologically reliable commentaries, exegetical tools, systematic theologies, Christian living books, children’s curricula, and so on. Here is just a small sampling of their projects:

These indigenous publishing houses are not only giving their students and countries much-needed access to English resources (often through translation), but as a long-term goal, TMAI aims to see this infrastructure enable their students to write and lead their local churches into deeper and stronger worship for years to come.

They raise a simple question: “If believers around the world want theologically reliable books, why should they have to get them from people who publish on different continents? Why can’t they get them from pastors and scholars in their own backyards?” That’s a big part of what TMAI trains for and prays for, and Lord willing, with help from believers around the world, I think we’ll see the global church strengthened because of it.

To support the strategic publishing work of TMAI, check them out here.