The Five Not-Points of Calvinism

By Scott Hubbard — 1 month ago 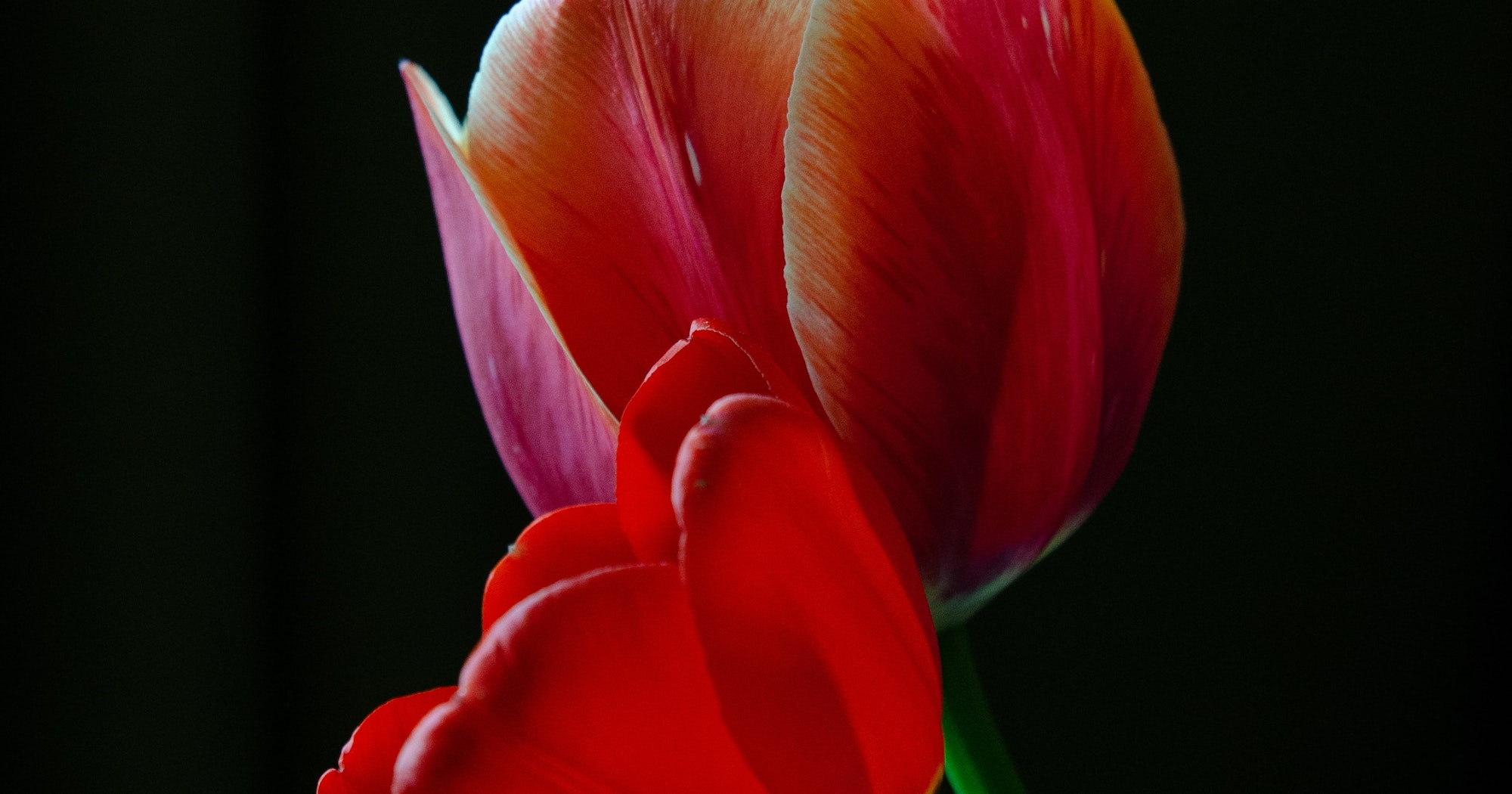 The doctrines of Calvinism have a way of both wounding and healing the human heart. They are sword and balm, stumbling block and safety net, thundercloud and rainbow.

The poet Samuel Taylor Coleridge (1772–1834) once described Calvinism as a lamb in wolf’s skin: “cruel in the phrases,” but “full of consolation for the suffering individual.” The words unconditional election, for example, can feel rough on the surface; they can seem to snarl and bare their teeth. Yet as countless Christians have discovered, beneath Calvinism’s wolfish exterior is the softness of a lamb.

Some, however, have seen in the phrases of Calvinism not a lamb in wolf’s skin, but just a wolf (or just a lamb). How many have felt Calvinism’s offense (you’re calling me totally depraved?) and missed its comfort? And how many, alternatively, have reached for Calvinism’s comfort (“once saved, always saved”) without receiving its offense?

For some time now, Calvinistic Christians have captured the doctrine of salvation in the acronym TULIP (summarizing the 1619 Canons of Dort):

These phrases celebrate the saving, sovereign grace of God — the grace that offends and the grace that comforts. But in order to grasp both the offense and the comfort, we may do well to consider what these phrases do not mean, what TULIP never taught us.

Unfortunately, some people’s exposure to Calvinism begins and ends with the phrase total depravity. What do some people hear in those two words? As sinners, we are as fallen as we possibly could be. Nothing we do can be called good or kind or noble in any sense. The most wicked impulses stomp and strain like stallions within, restrained by the thinnest of reins. We are utterly depraved.

No wonder some hear total depravity, imagine their sweet but unbelieving Aunt Susie, and toss TULIP aside. But total depravity was never meant to teach utter depravity. Rather than claiming we are as fallen as we could be, the doctrine simply claims that every part of us is fallen. As the Canons of Dort put it, when our first parents fell,

they brought upon themselves blindness, terrible darkness, futility, and distortion of judgment in their minds; perversity, defiance, and hardness in their hearts and wills; and finally impurity in all their emotions. (III/IV.1, emphasis added)

We all once lived in the passions of our flesh, carrying out the desires of the body and the mind, and were by nature children of wrath, like the rest of mankind.

By nature, we carry out (with our wills) the fallen desires of both body and mind. In other words, when sin entered the door of human nature, it made a home in every room. As a result, we are born “dead” to the things of God (Ephesians 2:1), spiritually helpless and unable to turn to him on our own.

Scripture uses stark language to describe human sinfulness: “Every intention of the thoughts of [man’s] heart was only evil continually” (Genesis 6:5); “The heart is deceitful above all things, and desperately sick” (Jeremiah 17:9). Yet the image of God remains in fallen humans (Genesis 9:6; James 3:9). Unbelievers are capable of showing “unusual kindness” (Acts 28:2). Pagan poets can pen truth (Acts 17:28).

Even though these acts fall short of pleasing God — since “whatever does not proceed from faith is sin” (Romans 14:23) — they nevertheless reflect the power of God’s common grace to keep the totally depraved from becoming utterly depraved.

Calvinism offers deep, unshakable security for fragile people — but not the kind of security we sometimes imagine. Many of us, for example, assume that for our salvation to rest secure, it must be unconditional. If we must do A, B, or C in order to finally be saved, then it can feel like our little house of faith rests in a land of violent earthquakes.

We may hear the word unconditional in TULIP, therefore, and take a deep breath. Salvation doesn’t require anything of me, we may think. The U of TULIP, however, stands not for unconditional salvation, but for unconditional election — a doctrine Paul articulates in Romans 9:11–12 (among other places). Referencing Jacob and Esau, he writes,

Though they were not yet born and had done nothing either good or bad — in order that God’s purpose of election might continue, not because of works but because of him who calls — [Rebekah] was told, “The older will serve the younger.”

Notice the distinct lack of conditions in God’s choice to call Jacob rather than Esau. Jacob was not more deserving and Esau less deserving, for God’s election took place before the brothers had done anything “either good or bad.” In the words of Dort, God saw both men lying “in the common misery” (I.7). His choice, therefore, was unconditional.

And yet, under the glorious promises of the new covenant, we can still take a deep breath; our house of faith can rest secure. Because when God elects someone, he not only calls him but keeps him, all the way to the end (Romans 8:30). As Dort puts it, God “chose us from eternity both to grace and to glory, both to salvation and to the way of salvation” (I.8).

Limited atonement may be the phrase of TULIP most prone to misunderstanding. And unfortunately, some Calvinists have played into the misunderstanding by accenting the word limited. In their zeal to defend the special love of Christ for his people, and the effective power of his redemption, some have spoken or acted in ways that suggest a narrowness to what Jesus purchased and a reluctance to publish it from the housetops.

Rightly taught, limited atonement says that even though the death of Jesus “is of infinite value and worth, more than sufficient to atone for the sins of the whole world” (as Dort says, II.3), Jesus had particular people in mind when he climbed Calvary’s hill. He died for his sheep (John 10:15), his friends (John 15:13), his bride and church (Ephesians 5:25) — or to pair the L with the U, he died for those whom the Father had unconditionally elected. As such, limited atonement emphasizes not the limited nature of Jesus’s death, but its purposefulness. (Hence why many Calvinists prefer the terms particular redemption or definite atonement.)

Historically, some Calvinists have moved from a true statement (Jesus died for his elect) to a false conclusion: Christians should offer Christ to others only when those others show signs of election. Sometimes called hyper-Calvinism, this position is a fine illustration of cart-before-horse syndrome, since the elect appear precisely by how they respond to the offer of Christ. Throughout Acts, for example, we find no apostle hesitating or tiptoeing before preaching Christ fully and freely. The apostles rather publish the gospel without distinction; only afterward do they discern who among the crowds was “appointed to eternal life” — because these elect ones “believed” (Acts 13:48).

Far be it from anyone, then, to take limited atonement as a reason to limit the precious value of Christ’s blood or the worldwide offer of that blood to any and every sinner, however non-elect he or she may appear at the moment.

Many who hear of Calvinism, with its depraved humanity and sovereign God, struggle not to see the world it presents as a puppet show. This was certainly my biggest struggle. Calvinism can seem to suggest, “Yes, people may appear to desire and love and decide on the stage of human life; they may appear personally responsible for their actions. But above lurks the Grand Puppeteer, raising arms and legs by invisible strings.” The phrase irresistible grace can seem to endorse the image. We, mere puppets, go wherever God’s strings pull us.

The original framers of the five points were sensitive to the struggle. “This divine grace of regeneration,” they wrote, “does not act in people as if they were blocks and stones; nor does it abolish the will and its properties or coerce a reluctant will by force” (III/IV.16). Well, what does irresistible grace mean, then?

The doctrine does indeed teach that God is the first and decisive actor in the miracle of salvation — and that it must be so, given the fallen will’s inability to seek God or submit to God (Romans 3:11; 8:7). As in the beginning, God and not man is the one who says, “Let there be . . .” And yet, those so wrought upon by God are neither blocks nor stones nor puppets. For, in regeneration, “God infuses new qualities into the will, making the dead will alive, the evil one good, the unwilling one willing, and the stubborn one compliant” (III/IV.11). When God saves a person, he does not drag him against his will; rather, he “penetrates to the inmost being” so that he becomes wonderfully, happily willing to be saved. Irresistible grace refers to the healing of the human will.

The I of TULIP, then, echoes the prophetic promise that God will write his law on the heart (Jeremiah 31:33) and even “remove the heart of stone from your flesh and give you a heart of flesh” (Ezekiel 36:26). Puppeteers may tug on strings; God resurrects hearts. And that means his decision to save us enables rather than cancels our own decision to be saved. As Sinclair Ferguson writes, “The choice is made for us even as it is made by us.”

The divines gathered at Dort were keenly aware that some “Calvinists” would live in such a way that Calvinism would appear as “an opiate of the flesh and the devil” (“Rejection of Errors,” V.6). Perhaps nowhere is this more true than in TULIP’s fifth point, perseverance of the saints, popularly paraphrased as “once saved, always saved.”

Now, understood rightly, “once saved, always saved” accurately captures the Calvinistic doctrine. Our God finishes every good work he truly begins (Philippians 1:6); he glorifies all those whom he justifies (Romans 8:30). But in popular practice, “once saved, always saved” often means something different: once you have made a decision for Jesus, you will be saved no matter what.

Perseverance of the saints, however, takes seriously that word perseverance. Yes, God forever saves those whom he has once saved, but he does so by enabling us to “continue in the faith, stable and steadfast” (Colossians 1:23). Yes, Jesus keeps his sheep safe in his hand, but he does so by keeping them from becoming goats or wolves (John 10:28).

God’s persevering people, then, are not marked by a casual, drifting approach to the Christian life. They take seriously the warnings of Scripture, aware that those who “live according to the flesh . . . will die” (Romans 8:13). They take pains to enjoy God through his appointed means, knowing that whoever does not abide in Jesus withers and burns (John 15:6). They work out their salvation with fear and trembling, confident that their work is evidence of the God who works within them (Philippians 2:12–13).

In his book Grace Defined and Defended, Kevin DeYoung writes,

At their very heart, the Canons of Dort are about the nature of grace — supernatural, unilateral, sovereign, effecting, redeeming, resurrecting grace, with all of its angularity, all of its offense to human pride, and all of its comfort for the weary soul. (25)

The grace of God is not simple or one-dimensional. It has angles. It startles and delights, offends and comforts, cuts and cures. It can seem rough as wolf’s skin at first, but then we feel the wool.

Few doctrines are more humbling than those captured in TULIP. Born depraved in mind, heart, and will; chosen not for anything in me; rescued and kept despite daily offenses to my God — these will lay a person low. But they will also lift him up to behold and be healed by a God worthy of the acclamation, “Salvation belongs to the Lord” (Psalm 3:8).