The Long and Lingering Tail of Suffering

By Vaneetha Rendall Risner — 2 weeks ago 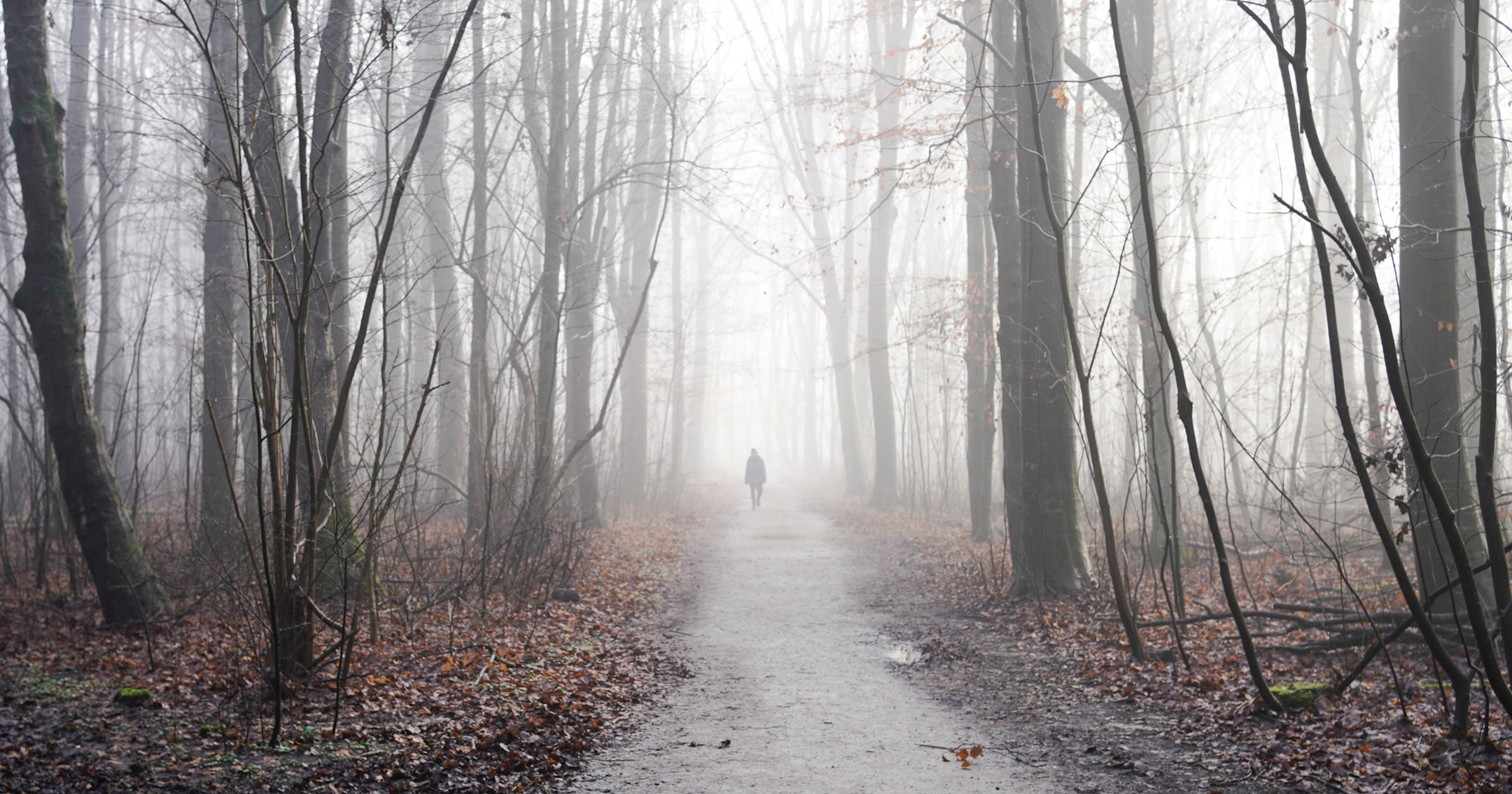 Surviving a crisis is more than making it through the first day of disaster.

That initial day is often a blur. We operate on autopilot, numb to what’s happened. Our stomachs twist into ever-tightening knots as we try to make sense of the unthinkable.

We may lean into God for strength to survive the next moment, and he shows up in unmistakable ways. God feels close, friendships feel intimate, help is all around. We trust God with the future since we can’t think beyond today.

This experience is like being suddenly thrown into the wilderness with nothing but the clothes we are wearing. We are disoriented and don’t know our way around or how to survive. So we call out to God, who sends angels to feed us, as he did for Elijah (1 Kings 19:4–8). He strengthens us when we want to give up. He knows that we’re exhausted.

This is utter dependence on God. Somehow we are enduring because God is sustaining. Whether we’re kneeling or prostrate or curled up in a ball, we recognize our hopelessness before God. Moment by moment, we see our need for him.

After my son died, I felt God carrying me as friends surrounded me. I declared boldly at his funeral that God never makes a mistake (and I firmly believe those words). But months later, walking past an empty room and reliving the events of Paul’s last days, I spiraled downward. Could I have prevented this? Why didn’t God save him? Why doesn’t God protect his people who’ve been faithful?

The God who once felt breathtakingly near now felt miles away. Reality had settled in, and I was left feeling lost and lonely. I wondered what happened to the hope and faith that had characterized those early days.

This stage of unsettledness has occurred after every major crisis I’ve been through. Maybe you can relate to that bewilderment. Waking up every morning without the one you love. Realizing that doctors’ appointments, physical pain, and emotional distress will be part of life going forward. Adjusting to a life of limitation without the rush of support you once had. These can all be part of the long and lingering tail of suffering.

We realize we’ve gone farther into the wilderness. One meal from an angel isn’t enough. We need food for an indefinite time. We want to get out, to move past all the pain, but somehow we can’t figure out how to escape. Every route we take is a dead end. We are tired of dependence and want to return to a place of security and comfort.

Worn Down by Distress

We see this pattern in Scripture. Job was a righteous man who responded with faith and trust the day everything was taken away. He worshiped God and recognized that God alone could give and take away. Even when his body was covered with sores, Job leaned on God. But after sitting in agony in the dirt, day after day, Job couldn’t maintain his worshipful demeanor. He lamented to everyone, wondering why God hadn’t rescued him yet. The long and lingering tail of suffering was wearing him down.

Similarly, God delivered the Israelites from slavery, but they grew discouraged in the heart of the wilderness. They wondered why God had brought them there and longed for the life they once had. Even though they had been slaves, at least their lives had been more certain then. The long and lingering tail of suffering was wearing them down.

God kept providing for the Israelites, but like many of us, they didn’t appreciate his provision. As Nehemiah acknowledged to God,

You in your great mercies did not forsake them in the wilderness. The pillar of cloud to lead them in the way did not depart from them by day, nor the pillar of fire by night to light for them the way by which they should go. You gave your good Spirit to instruct them and did not withhold your manna from their mouth and gave them water for their thirst. Forty years you sustained them in the wilderness, and they lacked nothing. Their clothes did not wear out and their feet did not swell. (Nehemiah 9:19–21)

God was offering his children sustaining grace, but sustenance wasn’t what they wanted.

In Trusting God in the Wilderness, Ted Wueste offers an invaluable perspective on God’s provision:

On a foundational level, God always provides what is truly needed to live a life of dependence. Let that sink in for a moment. . . . How often do our ideas of provision have more to do with living in such a way that we are independent and self-sufficient as opposed to vulnerable or dependent upon God? (29)

Wueste goes on to say,

God doesn’t leave us to fend for ourselves. We may feel alone but we aren’t. He is leading us somewhere. . . . The journey is about deepening our dependence on him. Why? Because dependence is the promised land. Hear that clearly. A life of dependence is the truest, most real hope in our lives. Our hope is in him, not some location outside of difficulty. (39)

Wueste’s celebration of dependence may seem startling to you. It was to me. I never thought of dependence as the promised land, that depending on God for everything was my truest hope. My ideal provision is being self-sufficient, with God as a solid backup plan in case my plans go awry. Literal daily dependence sounds unsettling at best and frightening at worst.

Could I Really Trust God?

When I was diagnosed with post-polio syndrome, the doctors said that my body would continue to weaken and perhaps leave me a quadriplegic. That meant a life of complete dependence on others. And when my husband left me several years later, I would often wake up in the middle of the night, terrified. I played out my worst-case scenarios. Who will care for me as my body fails? Will everyone abandon me? What if my physical decline happens faster than I thought? The questions haunted me. Could I fully trust God with all I needed?

The nights were long and lonely, and the long and lingering tail of suffering was wearing me down. Yet I knew that I needed to keep coming back to God, so I poured out my questions and pain to him night after night. I confessed that I felt let down by him. That I wanted more than he was providing. That I longed for certainty more than I longed for his presence.

“God was showing me his extravagant love in countless ways. I just needed to pay attention.”

It was through this honest wrestling that God met me. I realized that though the future felt uncertain to me, it was fully known to him. I no longer felt deserted by God in the wilderness, but instead began to feel his presence more intensely. I noticed signs of his love that I’d once overlooked. He was loving me when I asked for peace, and it flooded over me. He was loving me when I felt depressed, and a friend called unexpectedly. He was loving me when I opened the Bible, and it came alive to me. God was showing me his extravagant love in countless ways. I just needed to pay attention.

Job knew God before his calamities, but he saw God in the midst of them. He said, “I had heard of you by the hearing of the ear, but now my eye sees you” (Job 42:5). Moses spoke to God face to face in the wilderness, and those conversations literally transformed him. His face was radiant — so radiant that he wore a veil afterward. Everyone knew he’d been talking to God (Exodus 34:29–35). We too are radiant when we look to God in our struggles (Psalm 34:5), and we are transformed as well. This is the stunning outcome of living in the wilderness with God: we know him better, we may see and savor him more deeply, and ultimately we are transformed into his image (2 Corinthians 3:18).

If you’re discouraged in the wilderness, desperate to escape, know that many saints before you have felt that way too. Confess your disappointments to God as you wrestle with him in prayer. Pay attention to signs of God’s love, and keep talking to him. Trust that he is doing a deep work in your life, and ask him to show you his presence and provision.

And when you do, perhaps your perspective will change. Perhaps you’ll discover that dependence truly is the promised land, because God has become even more precious to you.