The Pastor’s Progress: Why I Keep Reading John Bunyan

By Garrett Kell — 3 weeks ago 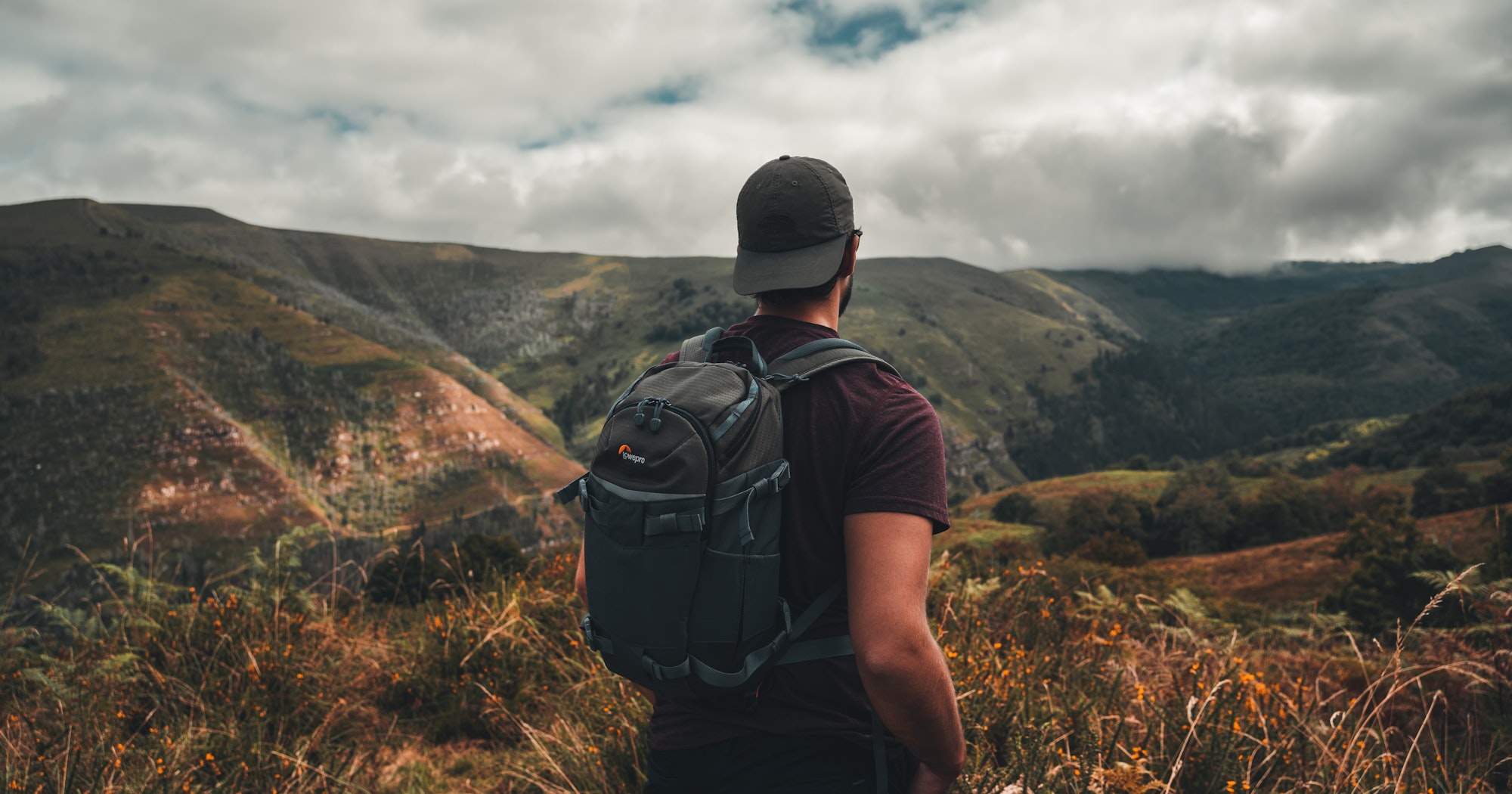 “Next to the Bible,” Charles Spurgeon once wrote, “the book I value most is John Bunyan’s Pilgrim’s Progress. I believe I have read it through at least a hundred times. It is a volume of which I never seem to tire” (Pictures from Pilgrim’s Progress).

This describes my own experience well. Years ago, I picked up a copy of Pilgrim’s Progress, and I have never set it down. A bookmark steadily moves through its pages each year. I take it with me to bed, on vacation, and whenever I find a few moments to retreat for spiritual refreshment. Bunyan has so strengthened my pilgrimage that I count him as one of my dearest yet-to-meet friends.

“Bunyan has so strengthened my pilgrimage that I count him as one of my dearest yet-to-meet friends.”

With Spurgeon, I am both a pilgrim and a pastor. I am striving toward the Celestial City and helping others do the same. Bunyan’s brilliant story has made me a better pilgrim pastor, and I trust it can do the same for many others.

“Fly from the wrath to come,” the Evangelist cries. His sobering message alerts Christian that he must flee the City of Destruction and seek the Celestial City. Christian doesn’t understand everything Evangelist says, yet he heeds his warning. Loved ones call for Christian’s return, but he “put his fingers in his ears, and ran on, crying, Life! Life! Eternal life!” (5–6).

The ministry of Evangelist moves me with thankfulness to God. Like Christian, I was a sinner destined for destruction. Yet God mercifully sent over twenty witnesses to me before I believed. I didn’t want Jesus, but he wanted me. My pilgrimage began because evangelists came and warned me to flee destruction.

The courage of Evangelist has also emboldened me to resist the fear of man. He never cowers in his witness to Christian, but continually points to the source of eternal life. He endures Christian’s questions and reproves him after he falls prey to Mr. Worldly Wiseman. Even after Christian believes, Evangelist keeps pursuing, challenging, and encouraging him. Evangelist’s endurance has reminded me that we never stop pointing pilgrims toward their heavenly Home.

Saturate Your Soul with Scripture

One would be hard-pressed to find a page of Pilgrim’s Progress that doesn’t contain at least an allusion to Scripture. Spurgeon’s estimation of Bunyan as “a living Bible” is true: “Prick him anywhere — his blood is Bibline. . . . He cannot speak without quoting a text, for his very soul is full of the Word of God” (C.H. Spurgeon Autobiography, 2:159). Bunyan loved the Bible, and he’s helped me love it too.

Every step of Christian’s journey is guided by the light of Scripture. Every conversation draws from it. Every trusted friend points him back to it. He holds it as precious, especially in his darkest hour. In the dungeon of Doubting Castle, Giant Despair tortures Christian and his beloved friend Hopeful, ordering them to take their own lives. Christian nearly succumbs, until he suddenly exclaims,

“What a fool . . . am I. . . . I have a key in my bosom, called Promise, that will, I am persuaded, open any lock in Doubting Castle.” . . . Then Christian pulled it out of his bosom, and began to try at the dungeon door, whose bolt (as he turned the key) gave back, and the door flew open with ease, and Christian and Hopeful both came out. (132)

I too have walked on the precipice of compromise and fallen into the pit of despair — and yet God’s word has given me strength to not give in or give up. The power of Pilgrim’s Progress is that Bunyan infuses God’s word into the characters’ lives and plot so creatively that I cannot help but delight in God’s word when I read it. Christian and his faithful friends cling to God’s precious promises through every trial until they pass into the land where faith becomes sight. Bunyan’s word pushes me into the word so that, like them, I may be helped to inherit eternal life.

The early part of my Christian life was isolated from the local church. I developed Christian friendships, but too often I walked alone. Yet as I have matured, I have learned that I am too weak to journey to heaven alone. I need pilgrim partners to help me persevere. Bunyan’s portrayal of the Christian life has only reaffirmed this reality.

God providentially provides friends for Christian in just the right seasons for just the right reasons. Help swoops in to save him from the Slough of Despond. Early in his walk, Interpreter teaches Christian to see with spiritual eyes. Faithful suffers with him in the crucible of Vanity Fair. Hopeful holds Christian back from succumbing to suicide. The saints at Palace Beautiful encourage Christian regarding his progress on the journey and exhort him to keep pressing on. Even in Christian’s dying moments, Hopeful helps him keep clinging to God’s promises.

Watching God providentially provide friends for Christian has helped me to treasure the friends he has given me. A wall in my office is covered with pictures of people God has used to pastor me and people he has given me the honor of pastoring. Each snapshot in time testifies to God’s providential love for me through those friends. Yet, as with some characters in Pilgrim’s Progress, some friends in the pictures have wandered and no longer seek a heavenly home. Their sorrowful departure sobers me to keep my eyes on Christ and not be lured away.

Watching Christian and his friends also inspires me to cultivate Christ-centered friendships. I want to love like Faithful and encourage like Hopeful. I want to run with a company of pilgrims whose hearts are set on heaven, knowing that no matter what we face, we will soon arrive in that land where we shall never say goodbye again.

Immediately upon setting out for the Celestial City, Christian and Pliable are met with trouble. While they struggle in the Slough of Despond, Pliable “began to be offended, and angrily said . . . ‘Is this the happiness you have told me all this while of? If we have such ill speed at our first setting out, what may we expect betwixt this and our journey’s end?’ . . . So away he went, and Christian saw him no more” (11).

This trial would not be Christian’s last. He ascends difficult hills, endures debilitating doubt, overcomes worldly deception, undergoes unjust trials, and narrowly escapes execution. He is constantly haunted by concern for his unsaved family and endures unrelenting spiritual warfare. Yet Christian presses on. Watching Christian teaches me that suffering pushes us — either toward God or away from him. In this way, suffering separates sheep from goats. Christian’s endurance also assures me that it is possible and profitable to continue pressing toward Home.

I am not typically given to discouragement, but in recent years the dark cloud has visited more often than I prefer. But observing Christian trust the Son, who ever shines on the other side of the cloud, encourages me to keep going. As with Christian, God has supplied a spring to accompany my difficulties. From this reservoir of grace, not only am I helped, but I am able to assist suffering sheep in their painful pilgrimage (2 Corinthians 1:3–4). Together we are limping toward glory, and the Lord does not despise feeble steps.

Set Your Heart on the Celestial City

Of all the aids Christian avails himself of, none is more vital than keeping his gaze on Zion’s shores. An eternal perspective strengthens the steps of pilgrim perseverance. Seeing Christian and Hopeful pass through the dark river and into Zion’s brings me deep joy.

There also you shall serve Him continually with praise, with shouting and thanksgiving. . . . There your eyes shall be delighted with seeing, and your ears with hearing the pleasant voice of the Mighty One. There you shall enjoy your friends again, that are gone thither before you. . . . When He shall again return to the city, you shall go too, with sound of trumpet, and be ever with Him. (182)

“An eternal perspective keeps all obstacles and afflictions in their proper perspective.”

God calls me and the people I pastor to set our hearts on this promised place. An eternal perspective keeps all obstacles and afflictions in their proper perspective. It shows us that the cost of following Christ will be abundantly worth it. Seeing God remain faithful to Christian assures me and those I pastor of this truth: ten thousand years from now, when we know what God knows, we will not accuse him of anything. He has always been faithful.