The Pastors We Didn’t Expect: Four Contours of Christian Leadership

By David Mathis — 3 weeks ago 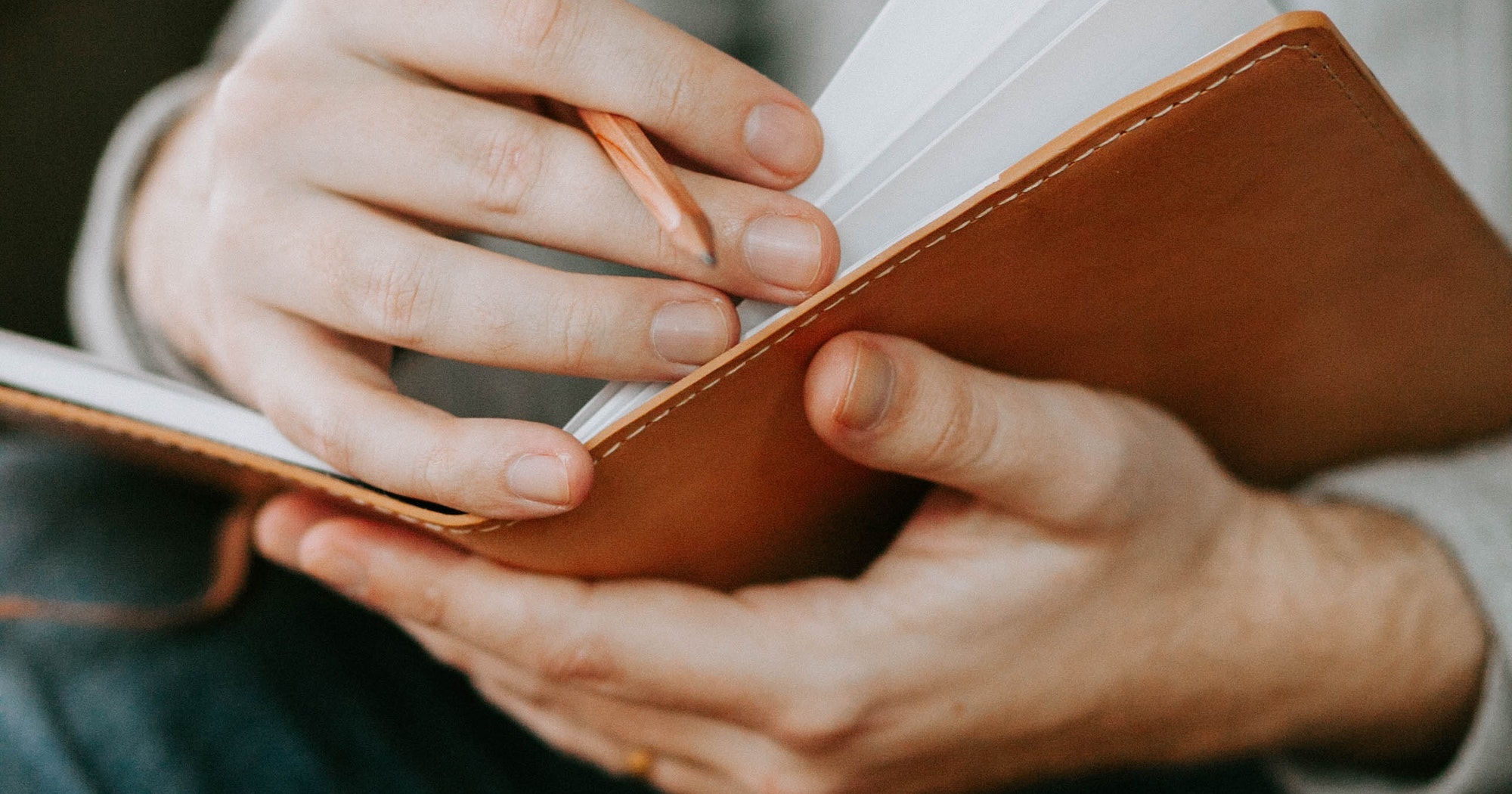 Jesus said he’d build his church (Matthew 16:18). We might expect big tents and bombast, fanfare and fireworks. We might look for great winds, earthquakes, and fire, yet find Christ, as Elijah did, with a knack for the low whisper.

In giving his church on-the-ground spiritual leaders after his ascension and the death of his apostles, Jesus has a comparatively quiet plan, remarkably unremarkable, to show that the surpassing power belongs to him, not us.

Here’s the plan: local teams of sober-minded teachers. That’s a summary of the New Testament vision for church leadership. And it’s pretty unspectacular. It doesn’t sparkle like the dream of singular global entertainers. We might have expected dazzling celebrities, world-class intellects, and savvy executives. But Christ has this modest strategy — some might think it embarrassingly so. The same Christ who did not choose many for his church with worldly wisdom, power, and nobility — but rather the weak, despised, and seemingly foolish (1 Corinthians 1:26–28) — also planned for church leaders to be what few of us might naturally expect.

Consider, in turn, four surprising aspects of Christ’s countercultural design for his undershepherds.

Locality: Among, Not Remote

First of all, Christ’s church didn’t need a new global, international head. She already had one. And what a tragedy it would be if man would, in effect, try to replace the Bridegroom with some “pope.” Sheer madness. Christ himself is the global head of his church. And to physically instantiate and embody his leadership in local churches, “he gave . . . the shepherds and teachers” (Ephesians 4:11).

Both Paul and Peter strike the note of “among-ness” in particular localities, Paul in Ephesus as an example (“You yourselves know how I lived among you,” Acts 20:18), and Peter to the local elders in his audience: “I exhort the elders among you . . . shepherd the flock of God that is among you” (1 Peter 5:1–2). The elders are among the people, and the people are among the elders. Such elders are first and foremost sheep, first and foremost members of the flock; then, secondarily, by the Spirit’s appointment and through the holy consent of the governed, they are undershepherds, under “the chief Shepherd” (1 Peter 5:4).

The pastor-elders are not remote, but near, so near as to be among the people, with the people among them. And such elders gladly receive the call to focus their attention and energies and time on a particular local church as their charge, not on the whole world, distracted by news of skirmishes from far, far away. The elders do not mistake the world for their parish, but own their specific local lot.

Second, and related, Christ’s plan includes flanking his own singular global headship of the church with a plurality of elders in local churches. In other words, he calls his undershepherds to teamwork. As his apostles, from the beginning, were plural, so too the pastor-elders. Even in rural settings, where the idea of a team of pastors may seem unrealistic, we still have the New Testament’s stubborn ideal of plurality. Twice Peter addresses the plural elders in 1 Peter 5:1–5; local church elders are plural in Acts (Acts 14:23; 20:17); so too in the Pastoral Epistles (1 Timothy 4:14; 5:17; Titus 1:5), as in James 5:14. In fact, every instance we have in the New Testament implies teamwork.

Jesus gets the glory as the singular leader and head of his church; under him, plural apostles serve as his post-ascension mouthpiece, enduring in their extant writings, called the New Testament; and under Scripture, plural pastor-elders serve as the formal teachers of the apostolic word in local churches. But before addressing those pastor-elders specifically as teachers, let’s acknowledge the governing or overseeing aspect of their work, and the particular virtue it requires.

Of the fifteen pastor-elder qualifications in 1 Timothy 3:1–7, sober-mindedness might be the most underappreciated. Not only is teaching (with preaching) central to the pastors’ work, but also vital is “exercising oversight” (1 Peter 5:2). Pastor-elders not only “labor among you” as teachers but “are over you in the Lord” (1 Thessalonians 5:12). The elder “must manage his own household well” because, as a team, the elders are charged with caring for God’s household, the church (1 Timothy 3:4–5, 15). Pastors are well worthy of honor not only as preachers and teachers — and worthy of “double honor” (remuneration) when laboring at the work as a breadwinning vocation — but also as governors, that is, “the elders who rule well” (1 Timothy 5:17). The pastors-elders teach and rule, that is, lead or govern. And to do so requires a kind of spiritual acuity the New Testament calls “sober-mindedness.”

“Men who are sober-minded are levelheaded and balanced. They are responsive, without being reactive.”

Men who are sober-minded are levelheaded and balanced. They are responsive, without being reactive. They are not given to extremes, not suckers for myths and speculation and conspiracy theories, and not dragged into silly controversies. They are able to discern what emphases and preoccupations would compromise the stewardship at the heart of their work (1 Timothy 1:4), and they stay grounded in what’s most important and enduring. Keeping the gospel “of first importance” as their center (1 Corinthians 15:3), they are able, like increasingly few modern adults, to “keep [their] head in all situations” (2 Timothy 4:5 NIV).

Such sober-mindedness, without doubt, is also critical for teaching — for determining what to teach and when and how — but such spiritual acuity especially maps on to the call to govern or lead, and the untiring vigilance it requires. “Be sober-minded; be watchful” (1 Peter 5:8; also 1 Thessalonians 5:6). “Pay careful attention to yourselves and to all the flock, in which the Holy Spirit has made you overseers” (Acts 20:28). The pastor-elders are those who “are keeping watch over your souls, as those who will have to give an account” (Hebrews 13:17). So, they must be sober-minded (1 Timothy 3:2) — in fact, “always sober-minded” (2 Timothy 4:5).

Finally, mind if we coin a term? In English, we have the word didactic, built on the Greek didachē for “teaching.” The Greek adjective didaktikos means “able to teach” — that is, not only able in terms of skill but also eager in terms of proclivity. The pastor who is “able to teach” is not just “able if necessary,” but rather “eager when possible.” He’s bent to teach, a teacher at heart. Since we don’t have a single word in English that captures it, maybe we need something like didacity. Or we could say teachative — if talkative refers to someone who is “fond of or given to talking,” teachative would mean someone “fond of or given to teaching.”

“The pastor who is ‘able to teach’ is not just ‘able if necessary,’ but rather ‘eager when possible.’”

The point is that New Testament leaders — that is, the pastor-elders — are to be teachers. Christianity is a teaching movement. Jesus was the consummate teacher. He chose and discipled his men to be teachers who discipled others also (Matthew 28:19; 2 Timothy 2:2). After his ascension, the apostles spoke on Christ’s behalf and led the early church through teaching, and when their living voices died, their writings became the church’s ongoing polestar, with Old Testament Scripture, for teaching the churches. And so, fitting with the very nature of the Christian faith, Christ appoints men who are teachative, didaktikos (1 Timothy 3:2; 2 Timothy 2:24) — men who are not only trained in and sufficiently equipped in sound doctrine (1 Timothy 4:6), but also effective at teaching (so that wolves do not carry the day, Titus 1:9) and eager to do it.

Amazingly, the risen Christ, in building his church on his terms, not the world’s, is so audacious as to appoint teachers (pastor-elders) to lead, which is both surprising (because teachers, as a group, can be so idealistic and inefficient) and fitting (because Christianity is a teaching movement). That Christ made teachers to be pastors indicates that he may be far more interested in the church’s effectiveness than its efficiency.

If we could end with one last -ity word that sums up the whole, it might be humility. Christ’s countercultural, counter-instinctive plan for locality, plurality, acuity, and didacity in church leaders requires humility in each of those four aspects:

In 1 Peter 5, the aging apostle calls his “fellow elders” not only to “shepherd the flock” and “exercise oversight” but, in doing so, to humble themselves before their congregation:

You who are younger, be subject to the elders. Clothe yourselves, all of you, with humility toward one another . . . (1 Peter 5:5)

Not only do the “youngers” subject themselves, in humility, to the leading of the “elders,” but the elders too clothe themselves (“all of you”!) in humility toward the flock, as they lead not by compulsion, but willingly; not for shameful gain, but eagerly; not through domineering, but example (1 Peter 5:2–3). That is, they are joyful workers for the joy of their people (2 Corinthians 1:24; Hebrews 13:17).

Which will make such a local team of sober-minded teachers — subject to Christ’s authority and accountable to each other — just the kind of pastors we all want, and just the kind of men under whose lead we will soon enough find ourselves thriving.