The Secret Failure of Many Leaders

By Greg Morse — 2 months ago 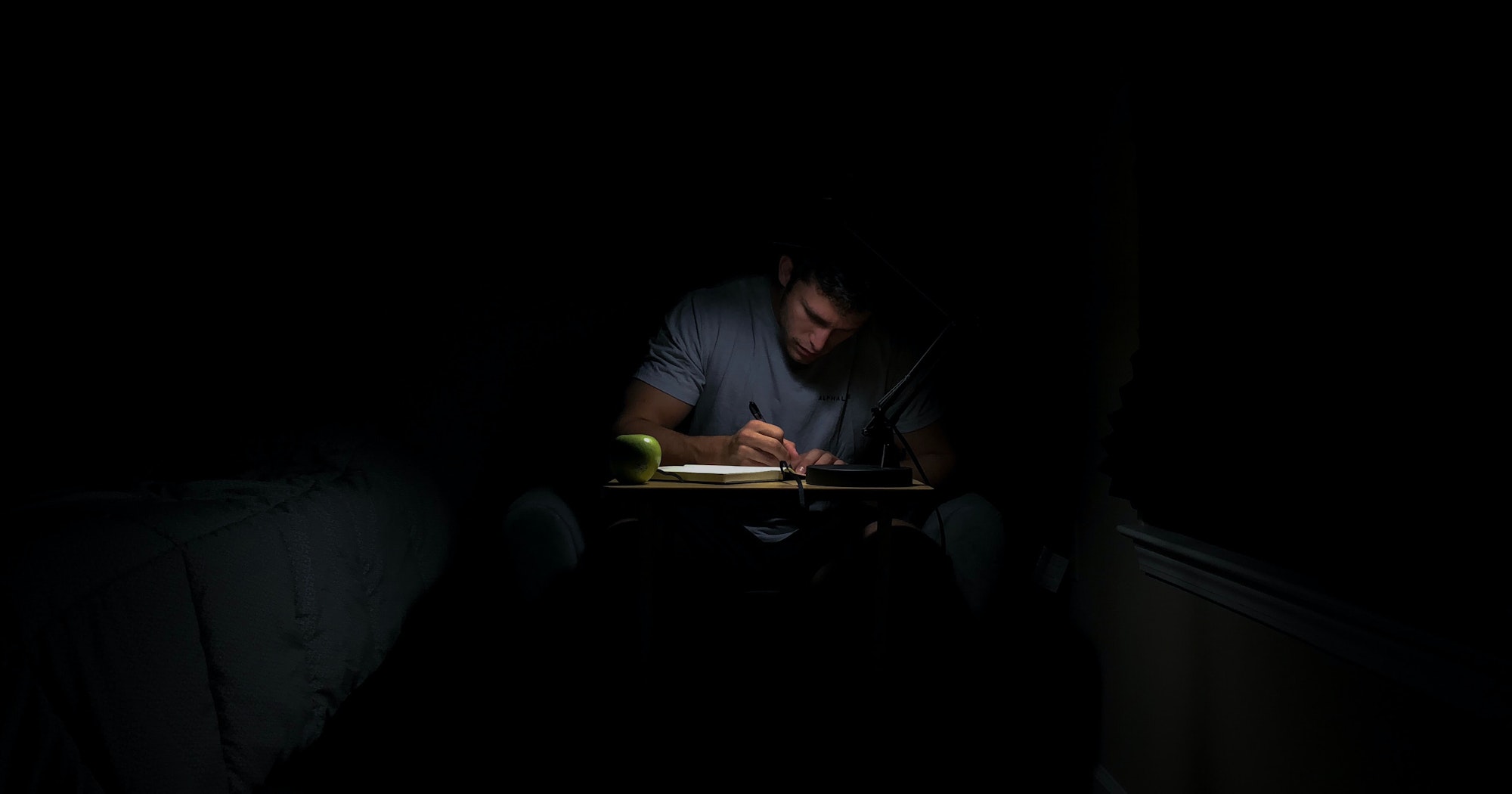 They bought jeans already torn at the knees. The ambassadors from the great city left in haste to make peace with Joshua and his coming armies. But first, locals reported seeing them rummage through clothes at the local thrift store. Their pretend shabbiness served a vital purpose: survival.

Gibeon lay in the direct path of Joshua’s conquest. He, his men, and their God would be there within days. When the citizens of Gibeon heard what Israel’s God had done to Pharoah, to Jericho, and to Ai, they trembled. Though “greater than Ai,” they shuddered. Who could overcome a plague-punishing, wall-crumbling, city-engulfing Israel and her invisible God?

Their ragtag ambassadors — armed with worn-out sacks, patched sandals, tattered clothes, torn and mended wineskins, and “dry and crumbly” provisions (Joshua 9:4–5) — served as Gibeon’s salvation army. They intercepted Joshua at Gilgal saying in strained voice, “We have come from a distant country, so now make a covenant with us” (Joshua 9:6). Would their lie be discovered?

“Who are you? And where do you come from?” Joshua replies.

They reiterate their deception and add more drama to their performance:

“Here is our bread. It was still warm when we took it from our houses as our food for the journey on the day we set out to come to you, but now, behold it is dry and crumbly.”

“These wineskins were new when we filled them, and behold, they have burst.”

“And these garments and sandals of ours are worn out from the very long journey.” (Joshua 9:12–13)

Joshua looks at the bread, the wineskins, the sandals, the garments, and decides to make a covenant with them. The text interprets that decision for us: “So the men took some of their provisions, but did not ask counsel from the Lord” (Joshua 9:14).

Joshua, the son of Nun, was an excellent leader. If you were to write a book on leadership, you could hardly improve upon his example.

From the start, he had large sandals to fill. Moses, the sea-splitting shepherd, the mountain-climbing mediator, the law-providing prophet, now lay dead. Millions of eyes turned Joshua’s way — eyes of a people too given to squint in deadly disapproval. Would he be able to lead them into the Promised Land? Would they be led into the Promised Land?

In the face of vast armies, fortified cities, and fatal chariots, God’s commission to Joshua required force and bravery — which his very presence supplied, if Joshua would trust him. And Joshua did. He routinely risked life and limb venturing upon God’s word. In the end, he seizes and divides the Promised Land among God’s people.

Until now, just one potential blemish stood on his resumé: an early defeat at Ai. Although the rout might have besmeared Joshua, the punishment rightfully fell to covetous Achan. But now, in giving a forbidden covenant to Israel’s enemies, a caveat must be given concerning Joshua’s leadership. Seeing the ragtag group of ambassadors before him, he made the reasonable deduction that they must have traveled a far distance. He trusted what he saw.

“Joshua commits the fault of especially successful leaders over time: He forgets to consult his God.”

He did not make that mistake when overlooking the land with the spies. He trembled not at giants. But here, he believed his eyes, went with his ears, depended on his cohort of rulers who all did the same — he did not ask counsel from the Lord. The matter seemed straightforward enough; they could handle it themselves. Here, Joshua commits the common fault of many successful leaders over time: He forgets to consult his God.

How tempting is this for Christian leaders today?

You’ve given sermons or taught Sunday school or written articles in the past, and your Lord stood with you. You have made decisions for family, for your company, for your children, and God has blessed them. This time feels no different than then. So, without thinking much about it, you switch to autopilot, lean on your wisdom and strength, and grow more forgetful in prayer. Success is taken for granted, gratitude shrinks, presumption ascends.

I imagine something like this happened to the Christian businessmen in the first century. James confronts them this way,

Come now, you who say, “Today or tomorrow we will go into such and such a town and spend a year there and trade and make a profit”— yet you do not know what tomorrow will bring. What is your life? For you are a mist that appears for a little time and then vanishes. Instead you ought to say, “If the Lord wills, we will live and do this or that.” As it is, you boast in your arrogance. All such boasting is evil. (James 4:13–16)

I imagine these CEOs of the early church trusted their Lord at first. They did not presume success in financial endeavors, but humbly prayed, “Lord, give us this day our daily bread.” But assets began to pile. Their net worth took eagle’s wings. Steady profit seemed “the way of things,” the result of shrewd investment and hard work. Their mouths soon betrayed the evil boasting of their hearts about their future exploits. They beheld an elegantly dressed Gibeon of financial gain, and too forgot to consult their Lord and his will, as if theirs alone mattered.

As at Other Times

Oh how long this prayerless pride can grow undetected. Few sit down and decide not to consult Christ; none barricade the door to their prayer closets. They just become too busy; their felt-need no longer pushes them over the threshold. They begin to handle things on their own.

Charles Spurgeon knew the pull of prayerlessness — and how devastating pastoral prayerlessness could be to a congregation. He warns his seminary students,

When your soul becomes lean, your hearers, without knowing how or why, will find that your prayers in public have little savor for them; they will feel your barrenness, perhaps before you perceive it yourself. Your discourses will next betray your declension. You may utter as well-chosen words, and as fitly-ordered sentences, as aforetime; but there will be a perceptible loss of spiritual force. (Lectures to My Students)

Good Christian leaders, especially pastors, will tremble at this spiritual Samsonhood. After Delilah’s barbarous treachery, he awoke from his sleep saying to himself, “I will go out as at other times and shake myself free” (Judges 16:20). Unbeknownst to him, he went forth alone.

How regrettable are those prayerless actions and petitionless seasons? We go out as before, expecting God to be with us as before, not knowing that he has withdrawn his aid, his blessing. Temptation overcomes us; we’re left with the dry and crumbly bread of our disobedience. God may let us take a few steps on our own and draw up this treaty or that. Before long, we’re barreling forth in own wisdom and energy to the injury of ourselves and others. God gives more grace, but as any pastor can testify, the cuts and bruises still hurt.

Joshua and the elders of Israel trusted their eyes, forgetting to look to God in prayer for help with what their eyes could not see. Will we learn from them? Will we live and serve looking to our Father in even seemingly small matters?

Strong trials often slap us awake. Jehoshaphat, pressed by bloodthirsty enemies, couldn’t help but pray: “We do not know what to do, but our eyes are on you” (2 Chronicles 20:12). Extreme circumstances leave our strength in the dust, tuning the heart to pray. But how many of us pray like this over the repetitive, seemingly common tasks involved in Christian life and leadership? “Lord, our eyes are on you” — even though we have successfully preached and taught and prayed and led many times before.

“Jesus’s gracious throne of help is as near as a single Godward thought, a bowed knee, a desperate glance.”

Yet follow the gaze of the Son in all its wonder and mystery: “Truly, truly, I say to you, the Son can do nothing of his own accord, but only what he sees the Father doing. For whatever the Father does, that the Son does likewise” (John 5:19). When Jesus chose disciples, or reclined at table, or answered the scribes, or taught in the synagogue, or went forth from a city, or stopped along the road — his eyes never left his Father. He acted from a rhythm of consciously consulting above. He inquired of his Father at every step — particularly the bloody ones that led up Golgotha’s hill. His was not simply the resolve of a moment but the willing trajectory of a lifetime: “Not my will, but yours, be done.”

Would you want life any other way than “looking to Jesus” in all matters, big and seemingly small? Will you not joyfully, speedily, constantly bring every request to him? In childlikeness, will we not rush in with every small request, even as an excuse to go to him? Jesus’s gracious throne of help is as near as a single Godward thought, a bowed knee, a desperate glance.

His death secured this grand privilege. Our King of love smiles, beckons us near to give communion and counsel. Godly leaders, go to him increasingly, happily, with every and all sizes of request.